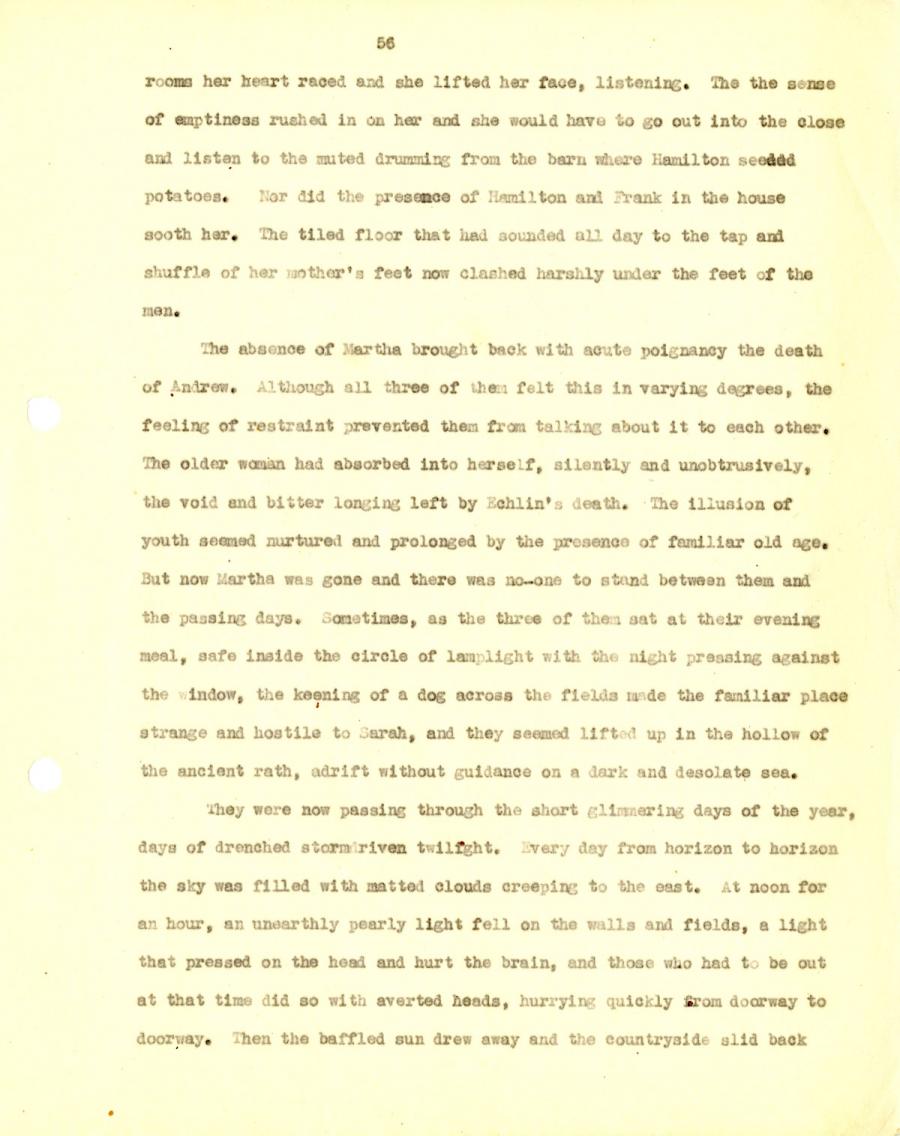 rooms her heart raced and she lifted her face, listening. The sense

potatoes. Nor did the presence of Hamilton and Yank in the house

sooth her. The tiled floor that had sounded all day to the tap and

The absence of Martha brought back with acute poignancy the death

of Andrew. Although all three of them felt this in varying degrees, the

feeling of restraint prevented then from talking about it to each other.

The older woman had absorbed into herself, silently and unobtrusively,

the void and bitter longing left by Echlin’s death. The illusion of

youth seemed nurtured and prolonged by the presence of familiar old age.

the passing days. Sometimes, as the three of the l sat at their evening

meal, safe inside the circle of lam]light with the night pressing against

the window, the keening of a dog across the fields ior.de the familiar place

strange and hostile to Sarah, and they seemed lifted up in the hollow of

the ancient rath, adrift without guidance on a dark and desolate sea.

They wore now passing through the short glimmering days of the year,

the sky was filled with matted clouds creeping to the east. At noon for

an hour, an unearthly pearly light fell on the walls and fields, a light

that pressed on the head and hurt the brain, and those who had t be out

at that time did so with averted heads, hurrying quickly from doorway to

doorway. Then the baffled sun drew away and the countryside slid back