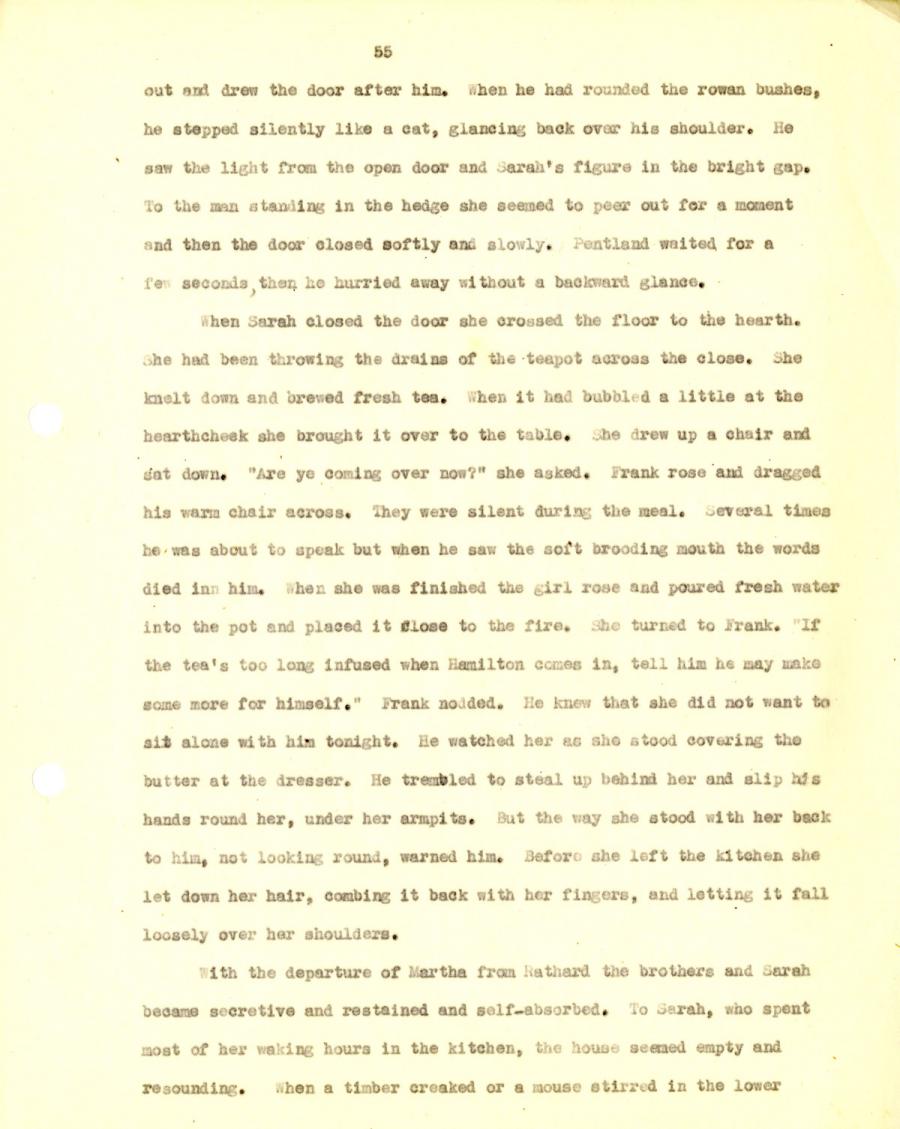 out and drew the door after him. When he had rounded the rowan bushes,

he stepped silently like a cat, glancing back over his shoulder. He

saw the light from the open door and Sarah's figure in the bright gap.

and then the door closed softly and slowly. Pentland waited for a

few seconds then he hurried away without a backward glance.

When Sarah closed the door she crossed the floor to the hearth.

She had been throwing the drains of the teapot across the close. She

knelt down and brewed fresh tea. When it had bubbled a little at the

hearthcheek she brought it over to the table. She drew up a chair and

sat down. “Are ye coming over now?” she asked. Frank rose and dragged

his warm chair across. They were silent during the meal, several times

died in him. When she was finished the girl rose and poured fresh water

into the pot and placed it close to the fire. She turned to Frank. If

the tea's too long infused when Hamilton comes in, tell him he may make

some more for himself.” Frank nodded. He knew that she did not want to

sit alone with him tonight. He watched her as she stood covering tho

butter at the dresser. He trembled to steal up behind her and slip his

hands round her, under her armpits. But the way she stood with her back

to him, not looking round, warned him. Befor she left the kitchen she

let down her hair, combing it back with her fingers, and letting it fall

loosely over her shoulders.

With the departure of Martha from Rathard the brothers and Sarah

became secretive and restained and self-absorbed. To Sarah, who spent

most of her waking hours in the kitchen, the house seemed empty and

resounding. When a timber croaked or a mouse stirred in the lower