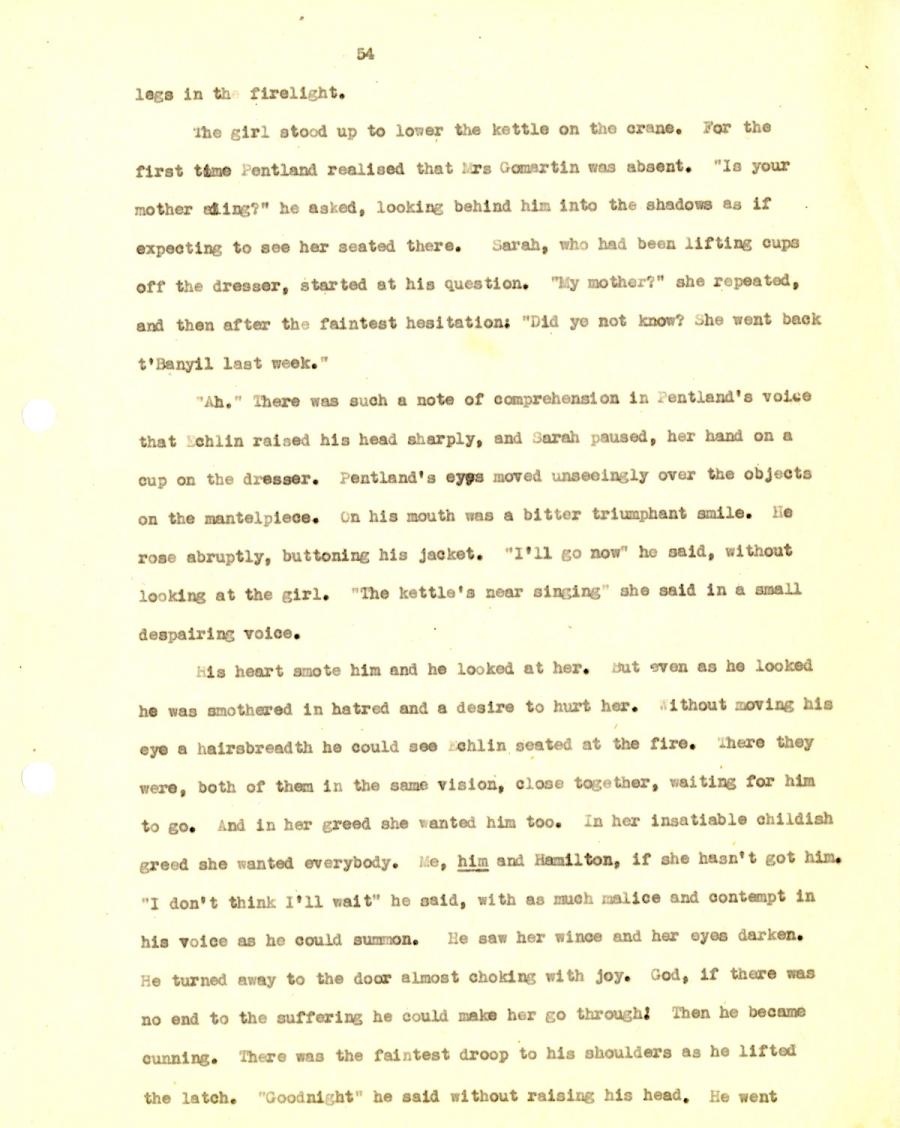 legs in the firelight.

The girl stood up to lower the kettle on the crane, For the

first time Pentland realised that Mrs Gomartin was absent. "Is your

mother reading?" he asked, looking behind him into the shadows as if

expecting to see her seated there. Sarah, who had been lifting cups

off the dresser, started at his question. "My mother?" she repeated,

and then after the faintest hesitation; "Did yo not know? She went back

Ah." There was such a note of comprehension in Pentland's voice

that Echlin rained his head sharply, and Sarah paused, her hand on a

cup on the dresser. Pentland's eyes moved unseeingly over the objects

on the mantelpiece. On his mouth was a bitter triumphant smile. He

looking at the girl. The kettle’s near singing” she said in a small

His heart smote him and he looked at her. But even as he looked

he was smothered in hatred and a desire to hurt her. Without moving his

eye a hairsbreadth he could see Echlin seated at the fire. There they

were, both of then in the same vision, close together, waiting for him

to go. And in her greed she wanted him too. In her insatiable childish

greed she wanted everybody. He, him and Hamilton, if she hasn’t got him.

"1 don't think I'll wait" he said, with as much malice and contempt in

his voice as he could summon. He saw her wince and her eyes darken.

He turned away to the door almost choking with Joy. God, if there was

no end to the suffering he could make her go through: Then he became

cunning. There was the faintest droop to his shoulders as he lifted

the latch. Goodnight" he said without raising his head. He went