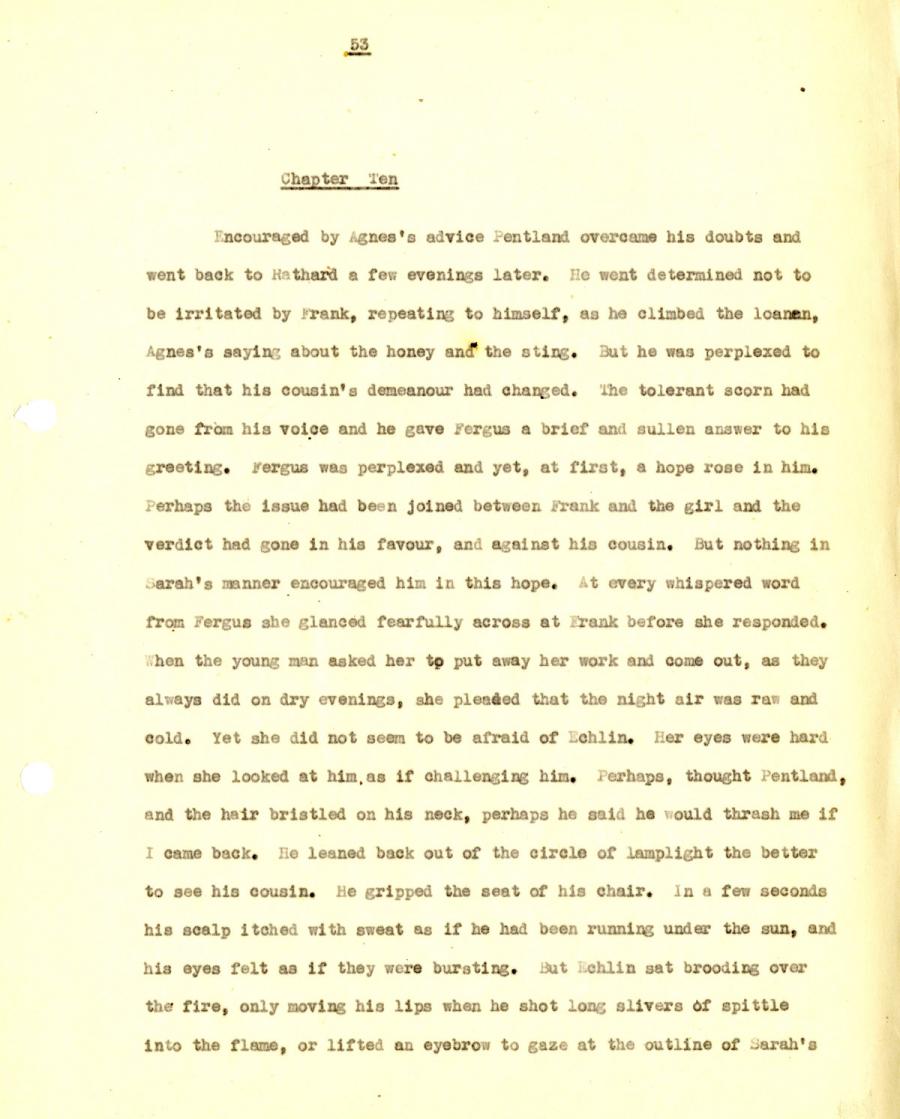 Encouraged by Agnes’s advice Pentland overcame his doubts and

went back to Rathard a few evenings later. He went determined not to

be irritated by Frank, repeating to himself, as he climbed the loanen,

Agnes's saying about the honey and the sting. But he was perplexed to

find that his cousin’s demeanour had changed. The tolerant scorn had

greeting. Fergus was perplexed and yet, at first, a hope rose in him.

verdict had gone in his favour, and against his cousin. But nothing in

Sarah’s manner encouraged him in this hope. At every whispered word

from Fergus she glanced fearfully across at rank before she responded.

When the young man asked her to put away her work and com® out, as they

always did on dry evenings, she pleaded that the night air was ran and

cold. Yet she did not seam to be afraid of Echlin. Her eyes were hard

when she looked at him,as if challenging him. Perhaps, thought Pentland,

and the hair bristled on his neck, perhaps he said he would thrash me if

I came back. He leaned back out of the circle of lamplight the better

to see his cousin. He gripped the seat of his chair. In a few seconds

his scalp itched with sweat as if he had been running under the sun, and

his eyes felt as if they were bursting. But Echlin sat brooding over

the fire, only moving his lips when he shot long slivers of spittle

into the flame, or lifted an eyebrow to gaze at the outline of Sarah’s