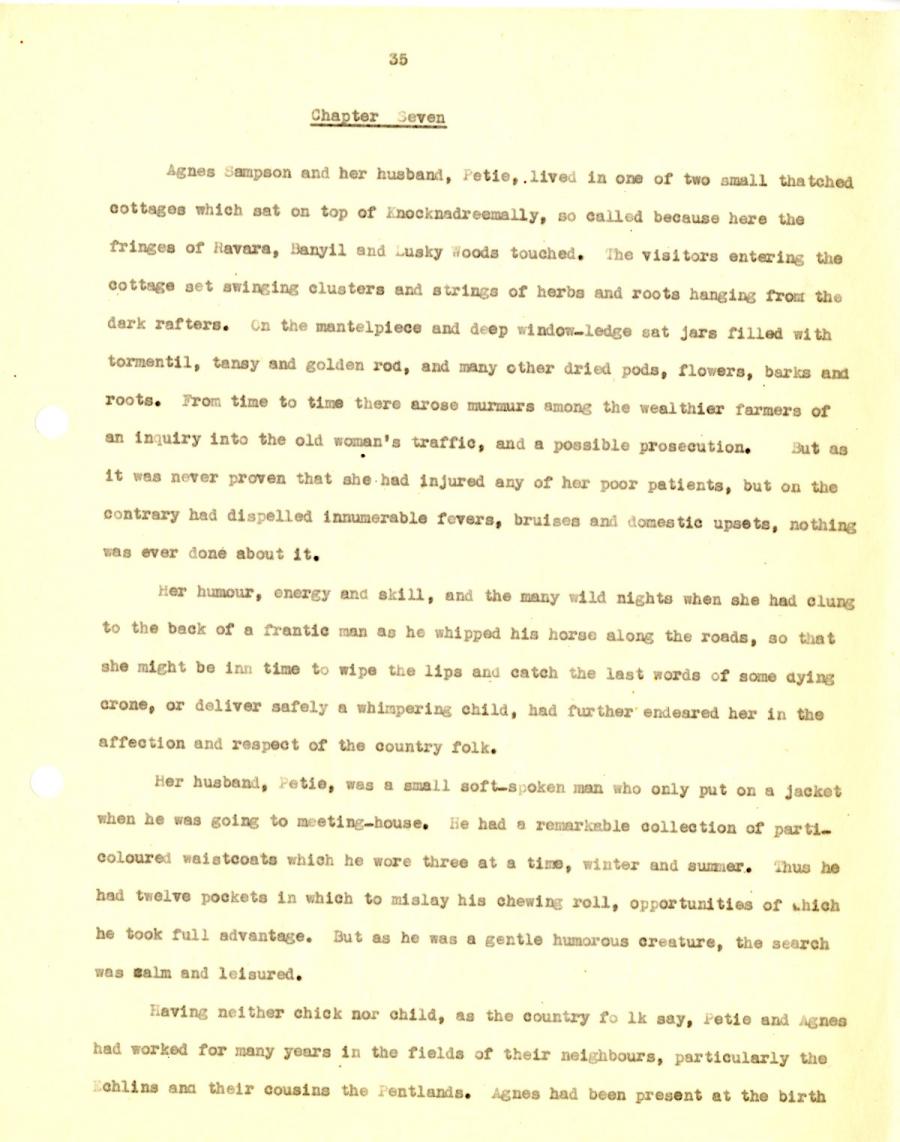 Agnes Sampson and her husband, Petie, lived in one of two small thactched

cottages which sat on top of Knocknadreemally, so called because here the

fringes of Havara, Banyil and Lusky woods touched. The visitors entering the

dark rafters. On the mantelpiece and deep window-ledge sat jars filled with

tormentil, tansy and golden rod, and many other dried pods, flowers, barks and

roots. Iron time to time there arose murmurs among the wealthier farmers of

an inquiry into the old woman’s traffic, and a possible prosecution. .Jut Q3

it was never proven that she had injured any of her poor patients, but on the

contrary had dispelled innumerable fevers, bruises and domestic upsets, nothing

was ever done about it.

Her humour, energy and skill, and the many wild nights when she had clung

to the back of a frantic non as he whipped his horse along the roads, so that

crone, or deliver safely a whimpering child, had further endeared her in the

affection and respect of the country folk.

Her husband, Petie, was a small soft-spoken man who only put on a jacket

when he was going to meeting-house. Be had a remarkable collection of parti-

coloured waistcoats which he wore three at a time, winter and summer. Thus he

had twelve pockets in which to mislay his chewing roll, opportunities of which

he took full advantage. But as he was a gentle humorous creature, the search

was calm and leisured.

Having neither chick nor child, as the country folk say, Petie and Agnes

had worked for many years in the fields of their neighbours, particularly the

Echlins and their cousins the Pentlands. Agnes had been present at the birth