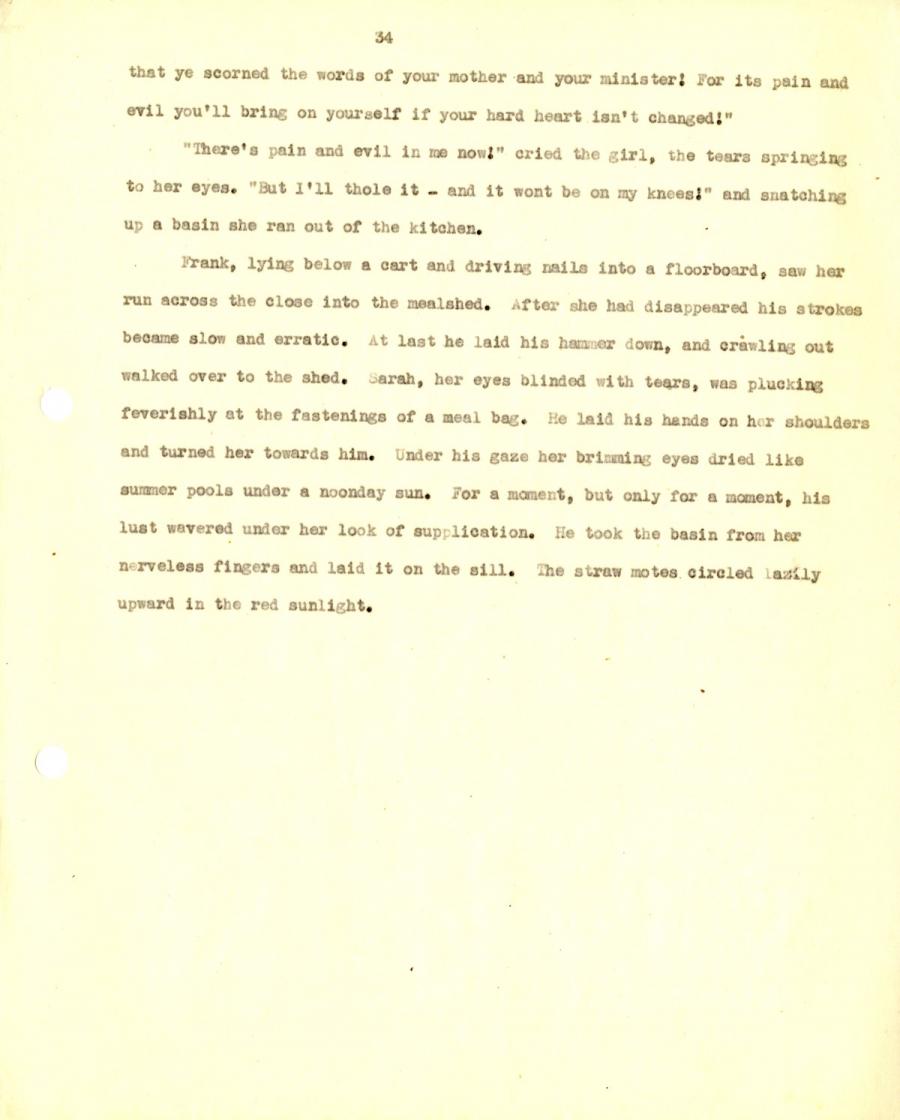 that ye scorned the words of your mother and your minister: For its pain and

evil you’ll bring on yourself if your hard heart isn’t changed!"

"There’s pain and evil in roe non I" cried the girl, the tears springing

up a basin she ran out of the kitchen.

Frank, lying below a cart and driving nails into a floorboard, saw her

run across the close into the mealshed. After she had disappeared his strokes

became slow and erratic. At last he laid his ham. or down, and crawling out

walked over to the shed, Sarah, her eyes blinded with tears, was plucking

and turned her towards him. Under his gaze her brirmming eyes dried like

lust wavered under her look of supplication. He took the basin from her

nerveless fingers and laid it on the sill. The straw motes circled lazily

upward in the red sunlight.