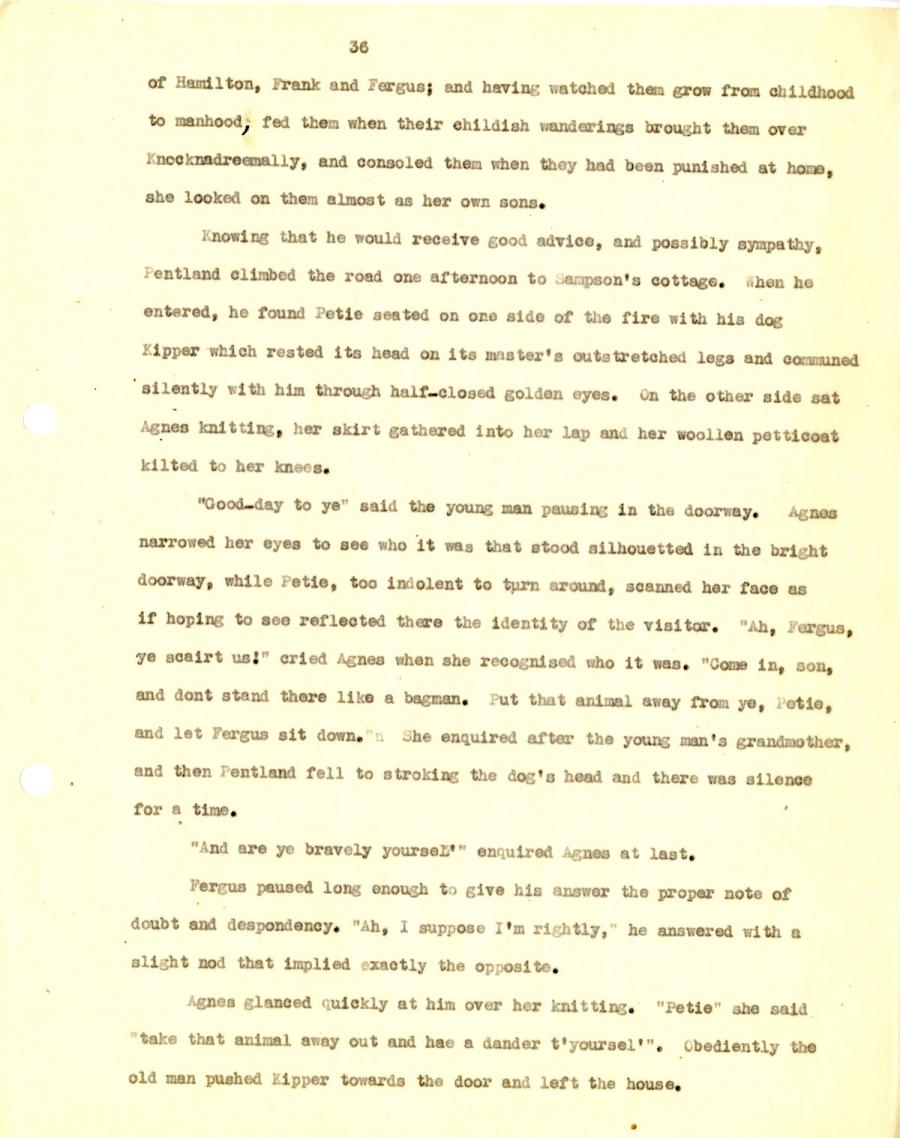 of Hamilton, Prank and Fergus; and having watched theta grow from childhood

to manhood, fed them when their childish wanderings brought them over

Kocknadreemally, and consoled then when they had been punished at home,

she looked on them almost as her own sons.

Knowing that he would receive good advice, and possibly sympathy,

Pentland climbed the road one afternoon to Sampson’s cottage, «hen he

entered, he found Petie seated on one side of the fire with his dog

silently with him through half-closed golden eyes. On the other side sat

Agnes knitting, her skirt gathered into her lap and her woollen petticoat

kilted to her knees.

"Good-day to ye” said the young man pausing in the doorway. Agues

doorway, while Petie, too indolent to turn around, scanned her face as

if hoping to see reflected there the identity of the visitor. "Ah, Fergus,

ye scairt us!” cried Agnes when she recognised who it was. "Gome in, con,

and dont stand there like a bagman. ut that animal away from ye, otie,

and let Fergus sit down. She enquired after the young man’s grandmother,

"And are ye bravely yourseLf” enquired Agnes at last.

doubt and despondency. "Ah, 1 suppose I’m rightly, he answered with a

slight nod that implied exactly the opposite.

Agnes glanced quickly at him over her knitting, "Petie" she said

take that animal away out and hae a dander t’yoursel’". Obediently the

old man pushed Kipper towards the door and left the house.