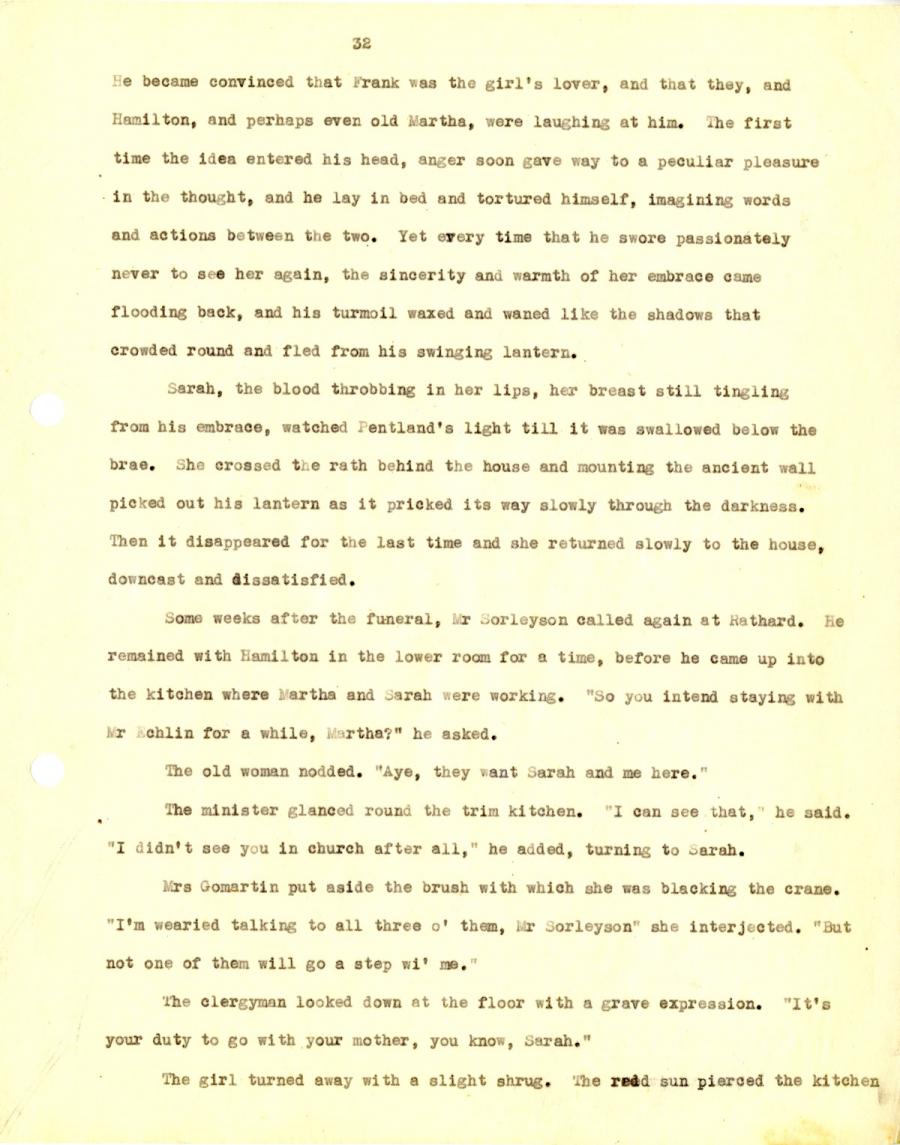 He became convinced that Frank was the girl's lover, and that they, and

Hamilton, and perhaps even old Martha, were laughing at him. *he first

in the thought, and he lay in bed and tortured himself, imagining word3

and actions between the two. Yet every time that he swore passionately

flooding back, and his turmoil waxed and waned like the shadows that

crowded round and fled from his swinging lantern.

Sarah, the blood throbbing in her lips, her breast still tingling

from his embrace, watched Pentland's light till it was swallowed below the

brae. She crossed the rath behind the house and mounting the ancient wall

picked out his lantern a3 it pricked its way slowly through the darkness.

Then it disappeared for the last time and she returned slowly to the house,

Some weeks after the funeral, Mr Sorleyson called again at Rathard. he

remained with Hamilton in the lower room for a time, before he came up into

the kitchen where Martha and Sarah were working. “So you intend staying with

Mr Echlin for a while, Martha?" he asked.

The old woman nodded. "Aye, they want Sarah and me here."

The minister glanced round the trim kitchen. I can see that, he said.

"I didn't see you in church after all," he added, turning to Sarah.

Mrs Gomartin put aside the brush with which she was blacking the crane.

"I'm wearied talking to all three o' them, Mr Sorleyson she interjected. "But

The clergyman looked down at the floor with a grave expression. "It's

your duty to go with your mother, you know, Sarah."

The girl turned away with a slight shrug. The red sun pierced the kitchen