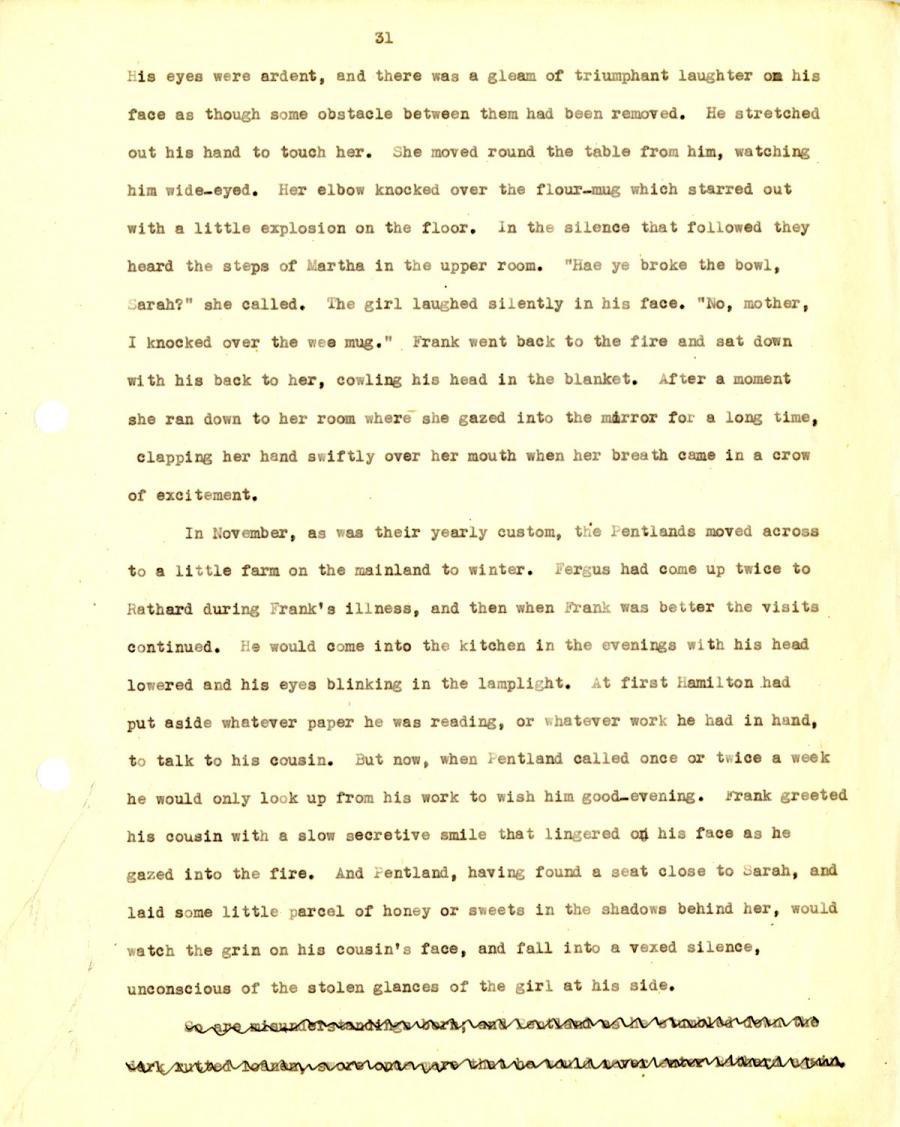 his eyes were ardent, and there was a gleam of triumphant laughter on his

face as though some obstacle between them had been removed. He stretched

out his hand to touch her. She moved round the table from him, watching

him wide-eyed. Her elbow knocked over the flour-mug which starred out

with a little explosion on the floor. In the silence that followed they

heard the steps of Martha in the upper room. "Hae ye broke the bowl,

Sarah?" she called, the girl laughed silently in his face. "Wo, mother,

I knocked over the wee mug." Frank went back to the fire and sat down

with his back to her, cowling his head in the blanket. After a moment

she ran down to her room where she gazed into the mirror for a long time,

In November, as was their yearly custom, the Pentiands moved across

to a little farm on the mainland to winter. Fergus had come up twice to

Rathard during Frank’s illness, and then when Frank was better the visits

continued, lie would come into the kitchen in the evenings with his head

lowered and his eyes blinking in the lamplight. At first Hamilton had

put aside whatever paper he was reading, or whatever work he had in hand,

to talk to his cousin. But now, when Pentland called once or twice a week

he would only look up from his work to wish him good-evening. Frank greeted

gazed into the fire. And Pentland, having found a seat close to Sarah, and

laid some little parcel of honey or sweets in the shadows behind her, would

watch the grin on his cousin’s face, and fail into a vexed silence,

unconscious of the stolen glances of the girl at his side.