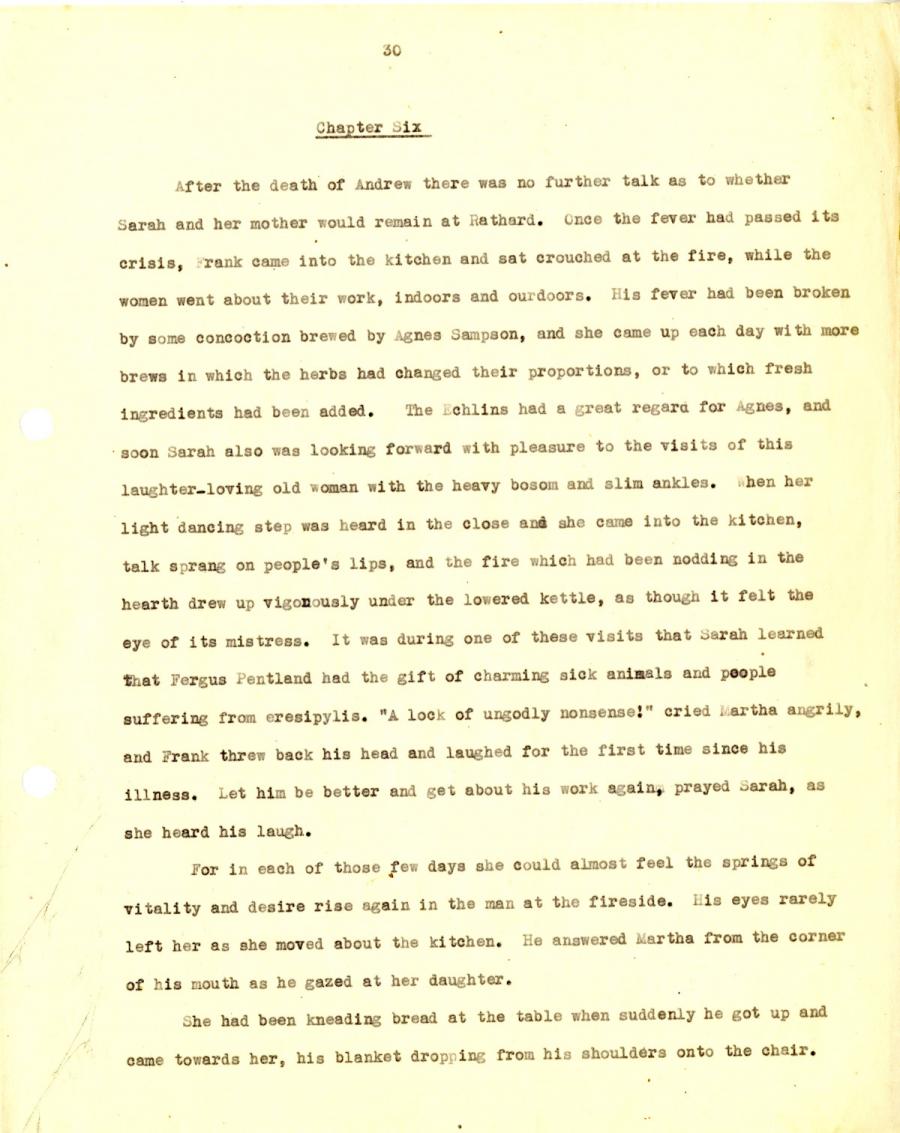 Sarah and her mother would remain at Rathard. Once the fever had passed its

crisis, rank came into the kitchen and sat crouched at the fire, while the

women went about their work, indoors and outdoors. His fever had been broken

by some concoction brewed by Agnes Sampson, and she came up each day with more

brews in which the herbs had changed their proportions, or to which fresh

ingredients had been added. The Echlins had a great regard for Agnes, and

laughter-loving old woman with the heavy bosom and slim ankles. hen her

light dancing step was heard in the close and she came into the kitchen,

talk sprang on people’s lips, and the fire which had been nodding in the

hearth drew up vigouously under the lowered kettle, as though it felt the

eye of its mistress. It was during one of these visits that Sarah learned

illness. Let him be better and get about his work again, prayed Sarah, as

she heard his laugh.

vitality and desire rise again in the man at the fireside. His eyes rarely

left her as she moved about the kitchen. He answered Martha from the corner

of his mouth as he gazed at her daughter.

came towards her, his blanket drop ing from his shoulders onto the chair.