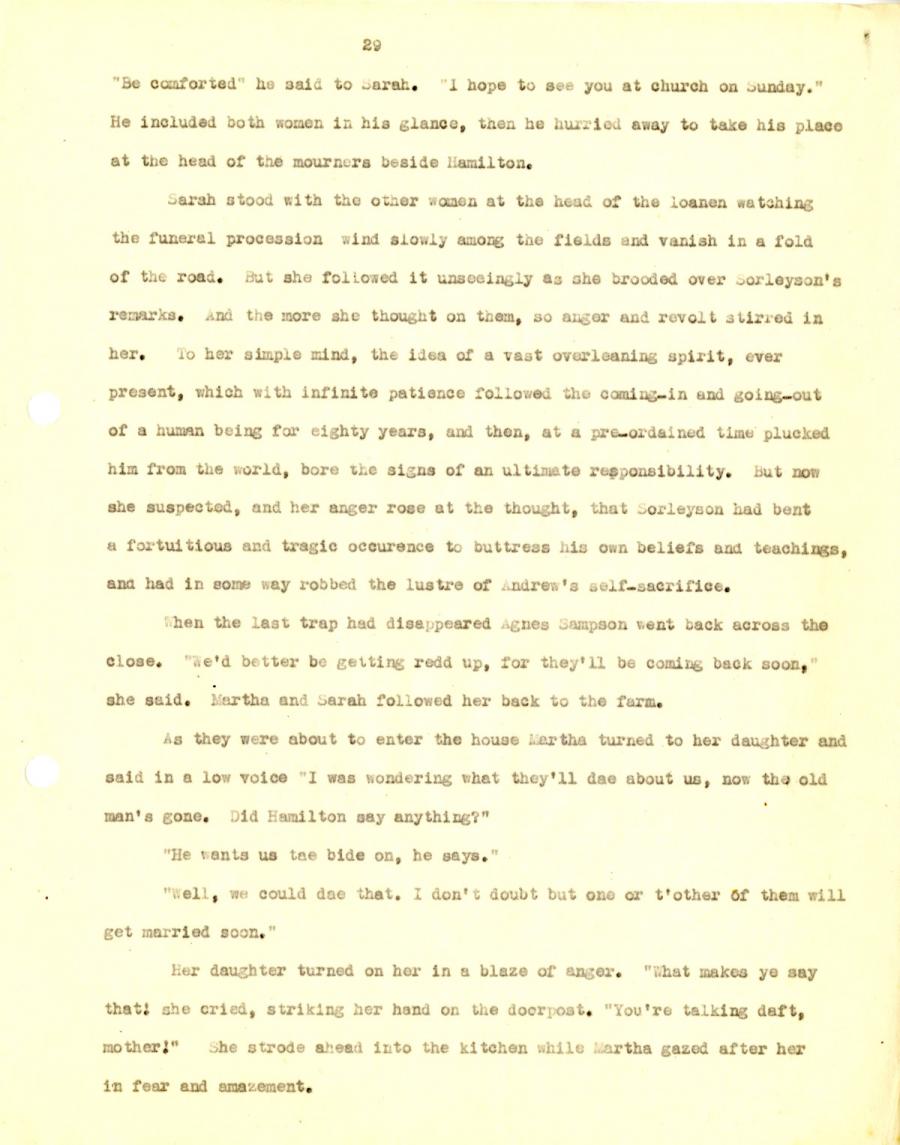 "Be comforted' ho said to Sarah. 1 hope to see you at church on Sunday."

He included both women In his glance, then he hurried away to take his place

at the head of the mourners beside Hamilton.

of the road. But she followed it unseeingiy as she brooded over Sorleyson’s

remarks. And the more she thought on them, so anger and revolt stirred in

her. To her simple mind, the idea of a vast overleaning spirit, ever

present, which with infinite patience followed the coming-in and going-out

of a human being for eighty years, and then, at a pre-ordained time plucked

him from the world, bore me signs of an ultimate responsibility, but now

she suspected, and her anger rose at the thought, that Sorleyson had bent

a fortuitious and tragic occurence to buttress his own beliefs and teachings,

am had in some way robbed the lustre of Andrew’s self-sacrifice.

close. “We’d better be getting redd up, for they’ll be coming back soon,

she said. Martha and Sarah followed her back to the farm.

said in a low voice ”1 was wondering what they’ll dae about us, now the old

man’s gone, did Hmailton say anything?"

“Well, we could dae that. I don’t doubt but one or t’other of them will

Her daughter turned on her in a blaze of anger. “What makes ye say

that; she cried, striking her hand on the doorpost. “You’re talking daft,

mother!” She strode ahead into the kitchen while Martha gazed after her

in fear and amazement.