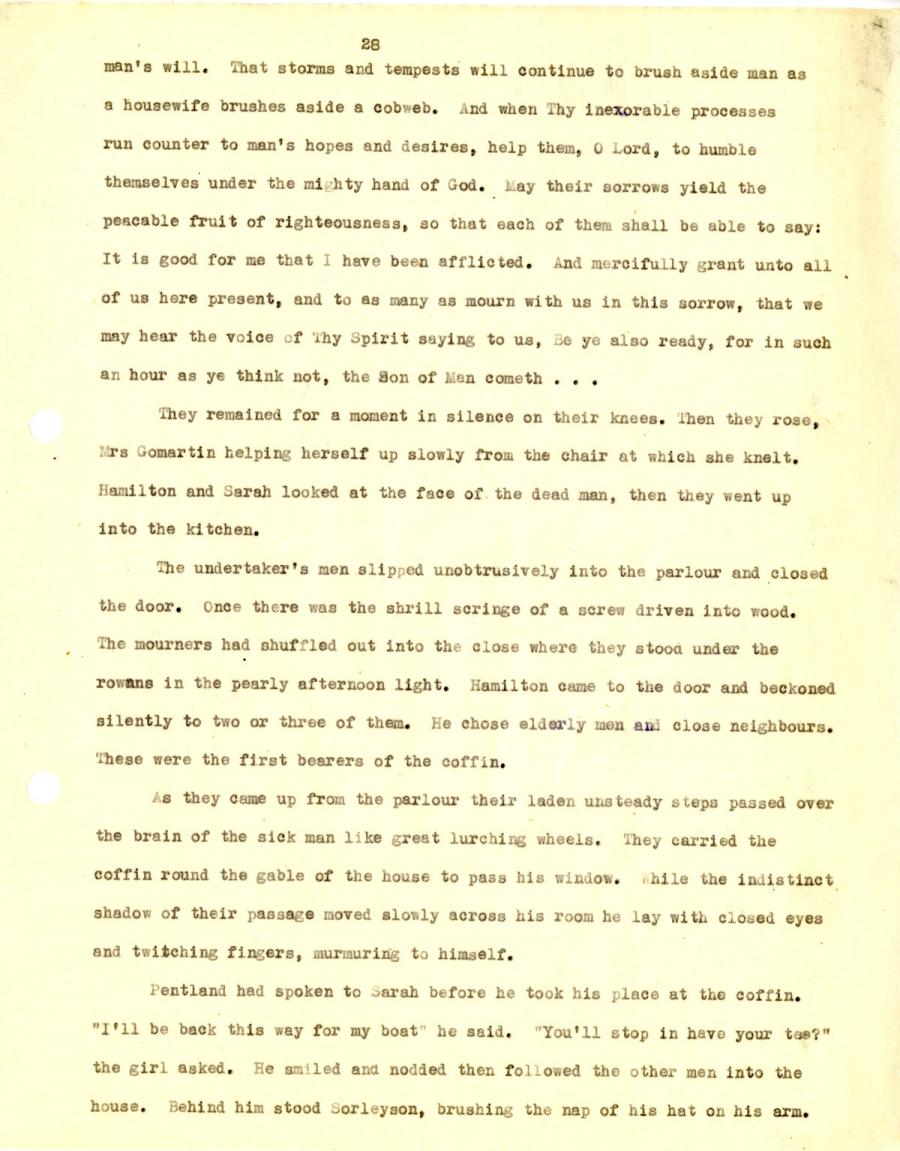 man’s will. That storms and tempests will continue to brush aside man as

a housewife brushes aside a cobweb. And when Thy inexorable processes

run counter to man’s hopes and desires, help them, O Lord, to humble

themselves under the mighty hand of God. May their sorrows yield the

peacable fruit of righteousness, so that each of them shall be able to say:

It is good for me that I have been afflicted. And mercifully grant unto all

of us here present, and to as many as mourn with us in this sorrow, that we

may hear the voice of Thy Spirit saying to us. Be ye also ready, for in such

They remained for a moment in silence on their knees. Then they rose,

Mrs Gomartin helping herself up slowly from the chair at which she knelt.

Hamilton and Sarah looked at the face of the dead man, then they went up

The undertaker’s men slipped unobtrusively into the parlour and closed

the door. Once there was the shrill scringe of a screw driven into wood.

rowans in the pearly afternoon light. Hamilton came to the door and beckoned

silently to two or three of them. He chose elderly men a&I close neighbours.

These were the first bearers of the coffin.

the brain of the sick man like great lurching wheels. They carried the

coffin round the gable of the house to pass his window. While the indistinct

and twitching fingers, murmuring to himself.

Pentland had spoken to Sarah before he took his place at the coffin.

"I’ll be back this way for my boat he said. ’You’ll stop in have your toe?"

the girl asked. He smiled and nodded then followed the other men into the

house. Behind him stood Sorleyson, brushing the nap of his hat on his arm.