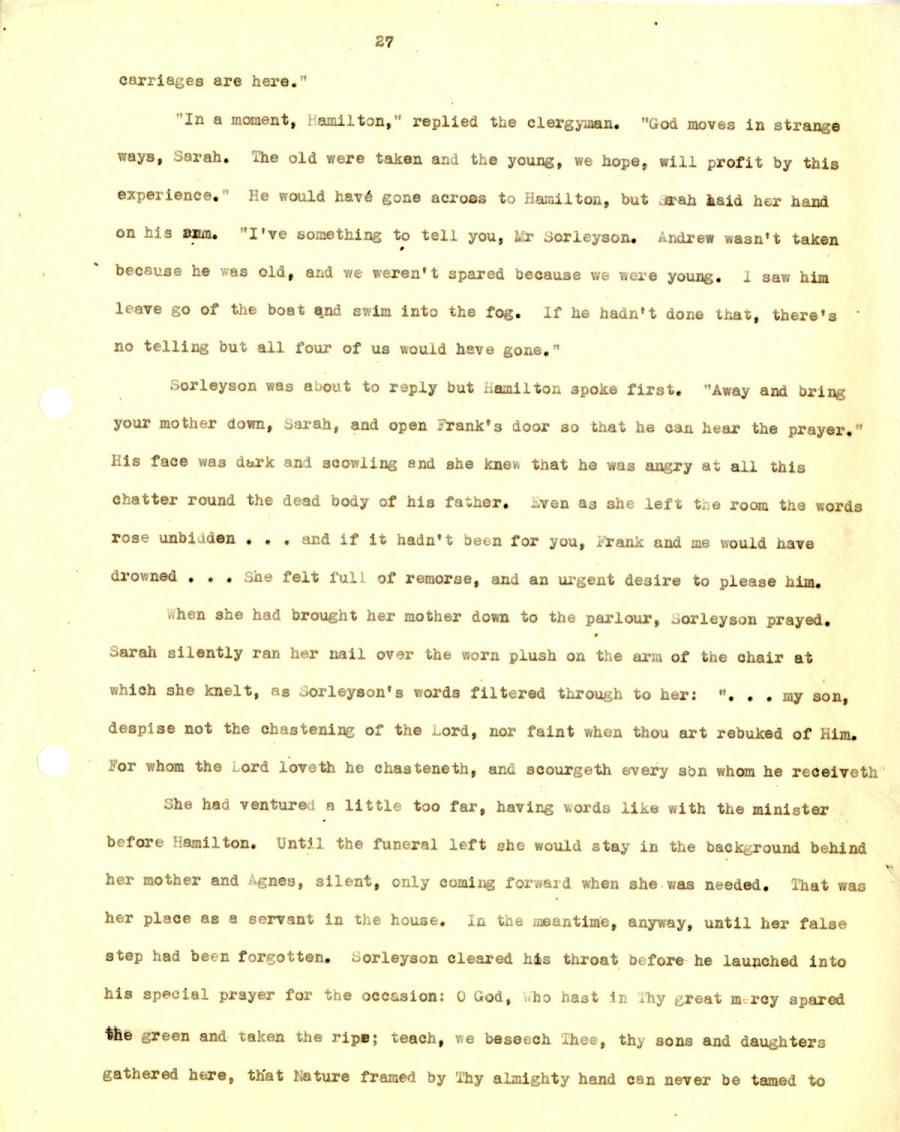 "In a moment, Hamilton," replied the clergyman. "God moves in strange

ways, Sarah. The old were taken and the young, we hope, will profit by this

experience. He would have gone across to Hamilton, but Sarah laid her hand

on his arm. "I've something to tell you, Mr Sorleyson. Andrew wasn't taken

because he was old, and we weren't spared because we were young. I saw him

leave go of the boat and swim into the fog. If he hadn't done that, there’s

no telling but all four of us would have gone."

Sorleyson was about to reply but Hamilton spoke first, "Away and bring

your mother down, Sarah, and open Frank’s door so that he can hear the prayer."

chatter round the dead body of his father, even as she left t^e room the words

rose unbidden . . . and if it hadn't been for you, Frank and me would have

drowned ... She felt full of remorse, and an urgent desire to please him.

When she had brought her mother down to the parlour, Sorleyson prayed.

which she knelt, as Soleyson's words filtered through to her: ". . . my son,

despise not the chastening of the Lord, nor faint when thou art rebuked of Him.

For whom the lord loveth he chasteneth, and scourgeth every son whom he receiveth.

She had ventured a little too far, having words like with the minister

before Hamilton. Until the funeral left she would stay in the background behind

her mother and Agnes, silent, only coming forward when she was needed. That was

her place as a servant in the house. In the meantime, anyway, until her false

step had been forgotten, Sorleyson cleared his throat before he launched into

his special prayer for the occasion: 0 God, ho hast in thy great mercy spared

the green and taken the ripe; teach, we beseech Thee, thy sons and daughters

gathered here, that nature framed by Thy almighty hand can never be tamed to