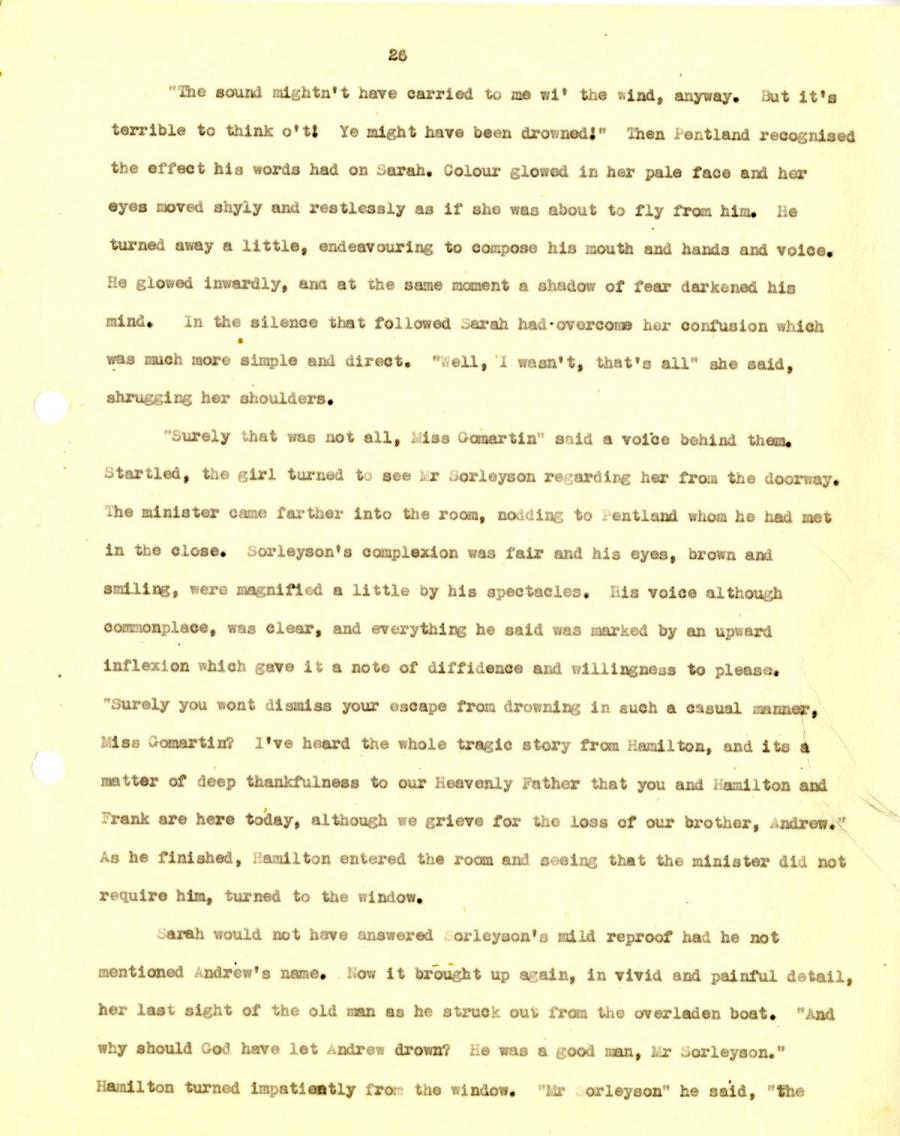 “The sound mightn’t have carried to me wi’ the wind, anyway, But it’s

terrible to think o’t! Ye might have been drowned!” Then Pentland recognised

the effect hi a words had on Sarah. Colour glowed in her pale face and her

eyes moved shyly and restlessly as if she was about to fly from him. lie

turned away a little, endeavouring to compose his mouth and hands and voice.

He glowed inwardly, and at the same moment a shadow of fear darkened his

mind. In the silence that followed Sarah had overcome her confusion which

was much more simple and direct, "Well, I wasn’t, that’s all” she said,

Surely that was not all, . Miss Gomartin” said a voice behind them,

startled, the girl turned t see Mr Sorleyson regarding her from the doorway.

The minister came farther into the room, nodding to Pentland whom he had met

in the close. Sorleyson's complexion was fair and his eyes, brown and

smiling, were magnified a little by his spectacles. Ids voice although

comnonplace, was clear, and everything he said was marked by an upward

inflexion which gave it a note of diffidence arid willingness to please.

"Surely you wont dismiss your escape from drowning in such a casual manner,

Mss Gomartin? I've hoard the whole tragic story from Hamilton, and its a

“rank are here today, although we grieve for the loss of our brother, Andrew.”

As he finished, Hamilton entered the roam and seeing that the minister did not

require him, turned to the window.

Sarah would not have answered Sorleyson's mild reproof had he not

mentioned Andrew’s name. Ham it brought up again, in vivid and painful detail,

her last sight of the old man as he struck out from the overladen boat. "And

why should God have let Andrew drown? He was a good man, Mr Sorleyaon."