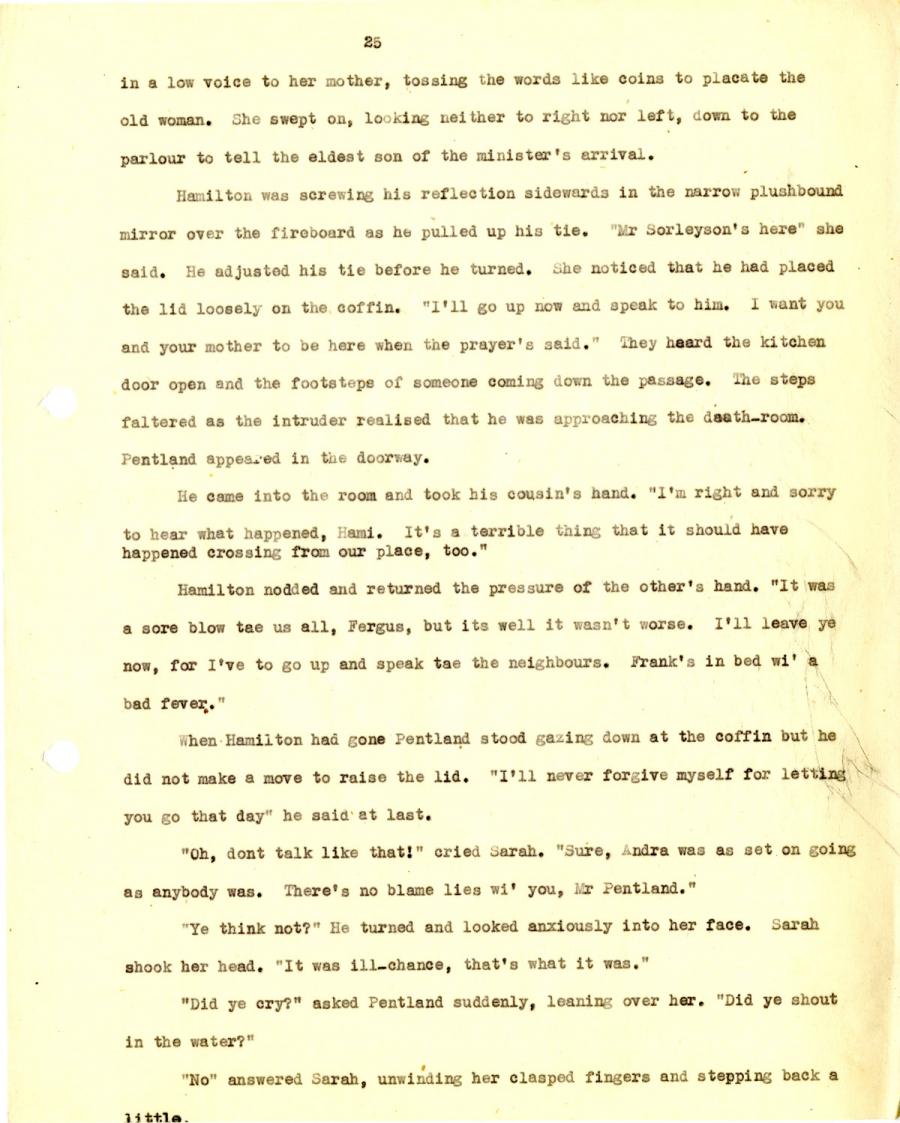 in a low voice to her mother, tossing the words like coins to placate the

old woman. She swept on, looking neither to right nor left, down to the

parlour to tell the eldest son of the minister’s arrival.

Hamilton was screwing his reflection sidewards in the narrow plushbound

mirror over the fireboard as he pulled up hi3 tie. "Mr Sorleyson's here" she

said. He adjusted his tie before he turned. She noticed that he had placed

the lid loosely on the coffin. "I’ll go up now and speak to him. 1 want you

and your mother to be here when the prayer’s said." They heard the kitchen

door open and the footsteps of someone coming down the passage, the steps

faltered as the intruder realised that he was approaching the death-room.

Pentland appeared in the doorway.

He came into the room and took his cousin’s hand. "I’m right and sorry

to hear what happened, Hami. It's a terrible thing that it should have

happened crossing from our place, too."

Hamilton nodded and returned the pressure of the other's hand. "It was

a sore blow tae us all, Fergus, but its well it wasn't worse. I’ll leave ye

now, for I’ve to go up and speak tae the neighbours. Frank's in bed wi' a

did not make a move to raise the lid. "I’ll never forgive myself for letting

you go that day" he said at last.

"Oh, dont talk like that!" cried Sarah. "Sure, Andra was as set on going

as anybody was. There’s no blame lies wi’ you, Mr Pentland."

'Ye think not?" He turned and looked anxiously into her face. Sarah

shook her head. "It was ill-chance, that’s what it was."

"Did ye cry?" asked Pentland suddenly, leaning over her. "Did ye shout

"No" answered Sarah, unwinding her clasped fingers and stepping back a