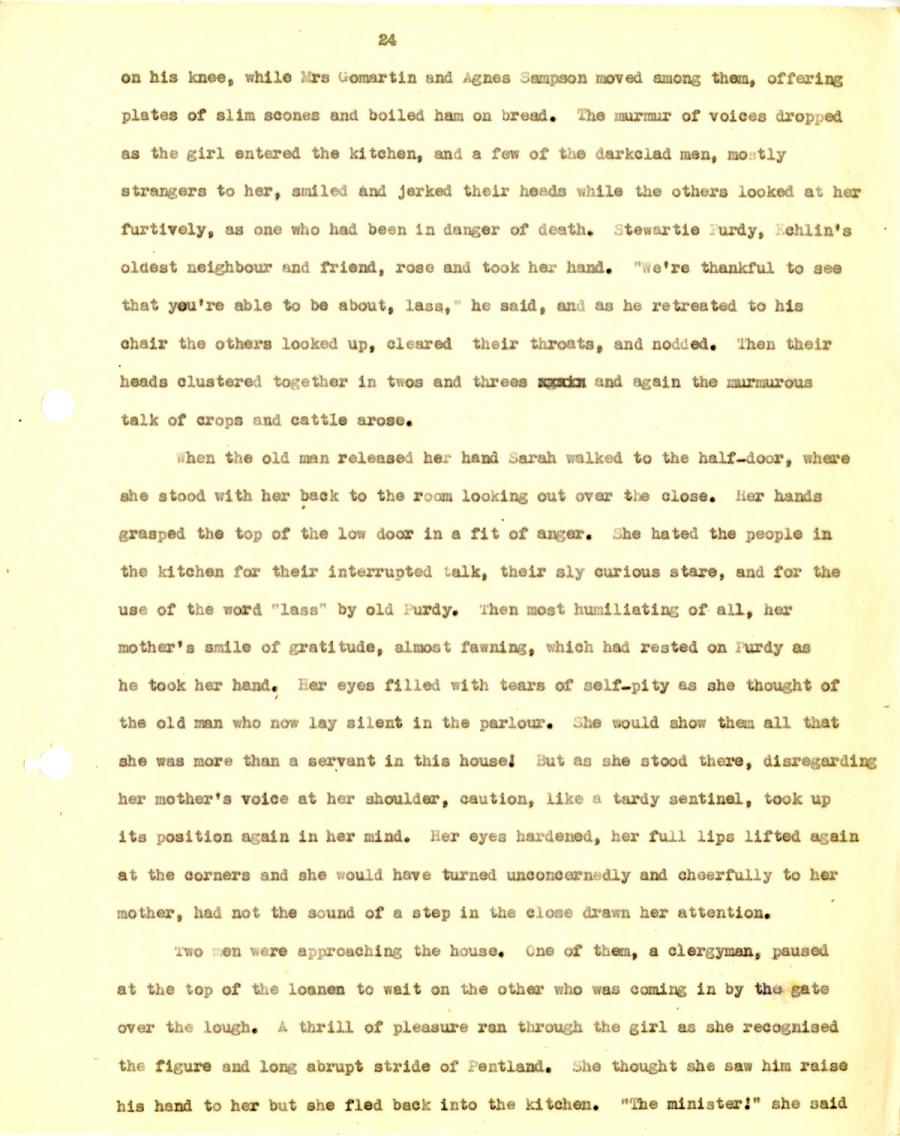 on his knee, while Mrs Gomartin and Agnes Sampson moved among them, offering

plates of slim scones and boiled ham on bread. The murmur of voices dropped

as the girl entered the kitchen, and a few of the darkclad men, mostly

strangers to her, smiled and Jerked their heads while the others looked at her

furtively, as one who had been in danger of death. Stewartie Purdy, Eehlin's

oldest neighbour and friend, rose and took her hand. ‘We’re thankful to see

that you're able to be about, lass, he said, and as he retreated to his

chair the others looked up, cleared their throats, and nodded. Then their

heads clustered together in twos and threes and again the murmurous

talk of crops and cattle arose.

When the old man released her hand Sarah walked to the half-door, where

she stood with her back to the room looking out over tie close. Her hands

grasped the top of the low door in a fit of anger. She hated the people in

the kitchen for their interrupted talk, their sly curious stare, and for the

use of the word 'lass" by old Purdy. Then most humiliating of all, her

mother's smile of gratitude, almost fawning, which had rested on Purdy as

he took her hand. Her eyes filled with tears of self-pity as she thought of

the old man who now lay silent in the parlour. She would show them all that

she was more than a servant in this house! hut as she stood there, disregarding

her mother's voice at her shoulder, caution, like a tardy sentinel, took up

its position again in her mind. Her eyes hardened, her full lips lifted again

mother, had not the sound of a step in the close drawn her attention.

Two men were approaching the house. One of them, a clergyman, paused

over the lough. A thrill of pleasure ran through the girl as she recognised

the figure and long abrupt stride of Pentland. She thought she saw him raise

his hand to her but she fled back into the kitchen. "The minister!" she said