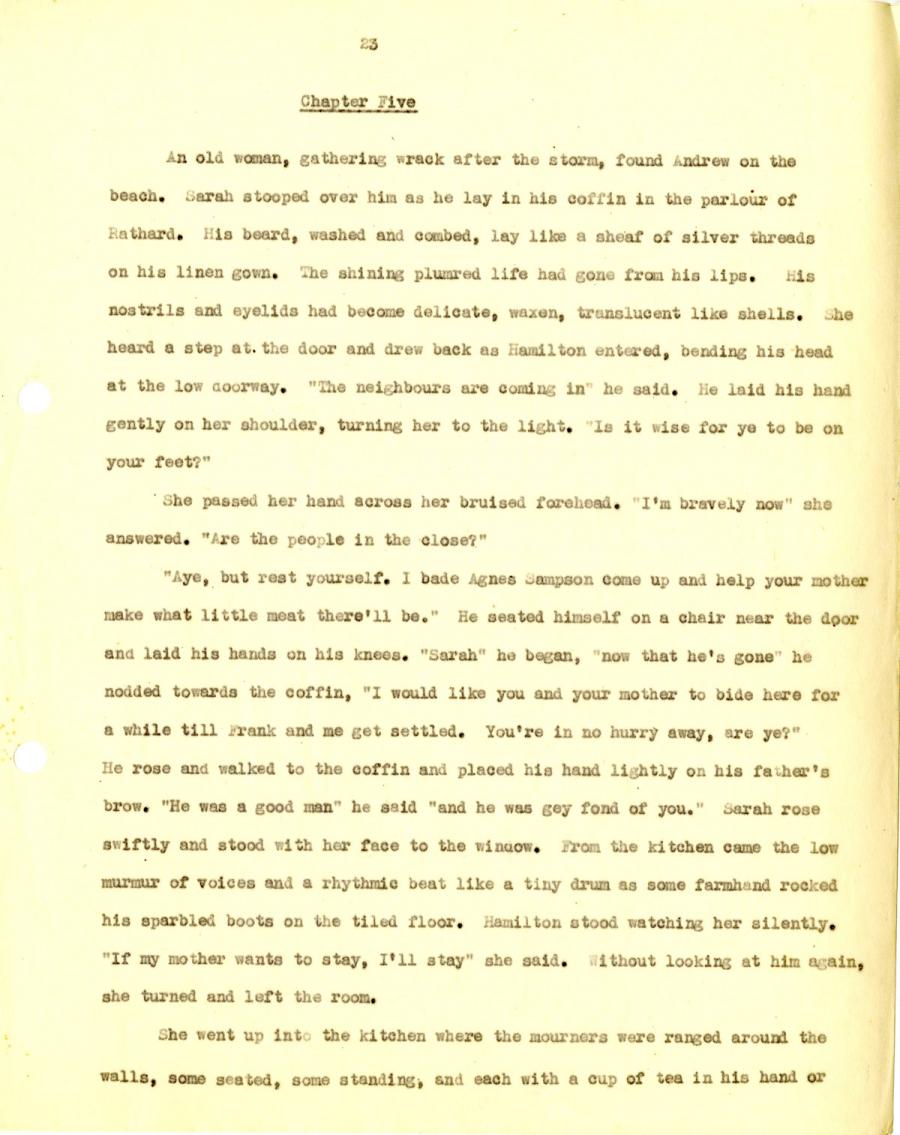 An old woman, gathering wrack after the s torn, found Andrew on the

beach. Sarah stooped over him as he lay in hie coffin in the parlour of

Rathard. His beard, washed and combed, lay like a sheaf of silver threads

nostrils and eyelids had become delicate, waxen, translucent like shells, She

heard a step at.the door and drew back as Hamilton entered, bending his head

at the low doorway* "The neighbours are coming in he said. He laid his hand

gently on her shoulder, turning her to the light, la it wise for ye to be on

answered. "Are the people in the close?"

"Aye, but rest yourself. I bade Agnes Sampson come up and help your mother

make what little meat there’ll be.” He seated himself on a chair near the door

and laid his hands on his knees* "Sarah" he began, now that he’s gone he

nodded towards the coffin, "I would like you and your mother to bide here for

a while till Frank and me get settled. You’re in no hurry away, are ye?"

brow. "He was a good man’ he said "and he was gey fond of you." Sarah rose

swiftly and stood with hear face to the window. z'ran the kitchen came the low

his sparbled boots on the tiled floor, Hamilton stood watching her silently.

'If my mother wants to stay, I’ll stay” she said. without looking at him again,

she turned and left the room.

walls, some seated, some standing, and each with a cup of tea in his hand or