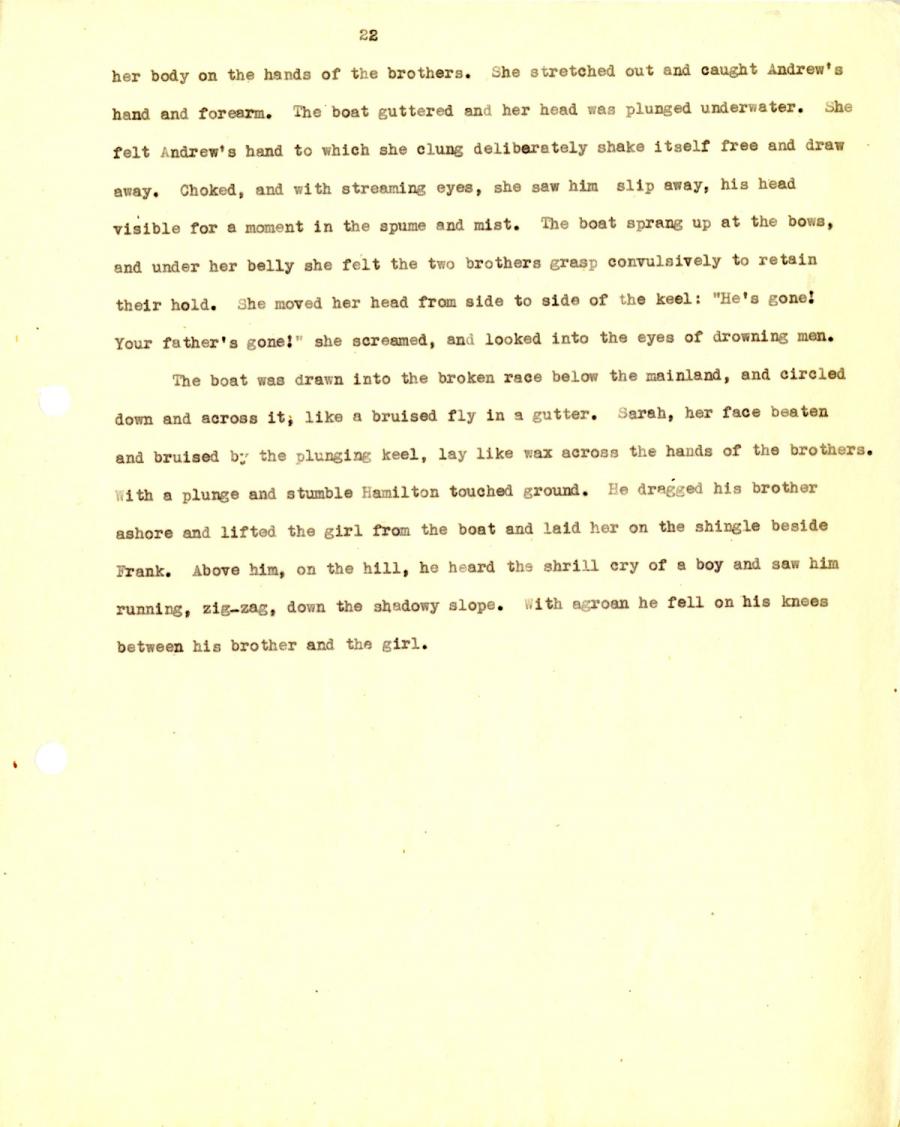 her body on the hands of the brothers. She stretched out and caught Andrew’s

hand and forearm. The boat guttered and her head was plunged underwater, she

away. Choked, and with streaming eyes, she saw him slip away, his head

visible for a moment in the spume and mist. The boat sprang up at the bows,

their hold. She moved her head from side to side of the keel: "He’s gone!

Your father's gone!' she screamed, and looked into the eyes of drowning men.

The boat was drawn into the broken race below the mainland, and circled

down and across it* like a bruised fly in a gutter. Sarah, her face beaten

and bruised by the plunging keel, lay like wax across the hands of the brothers.

With a plunge and stumble Hamilton touched ground. He dragged his brother

Frank. Above him, on the hill, he heard the shrill cry of a boy and saw him

running, zig-zag, down the shadowy slope, with a ;roan he fell on his knees

between his brother and the girl.