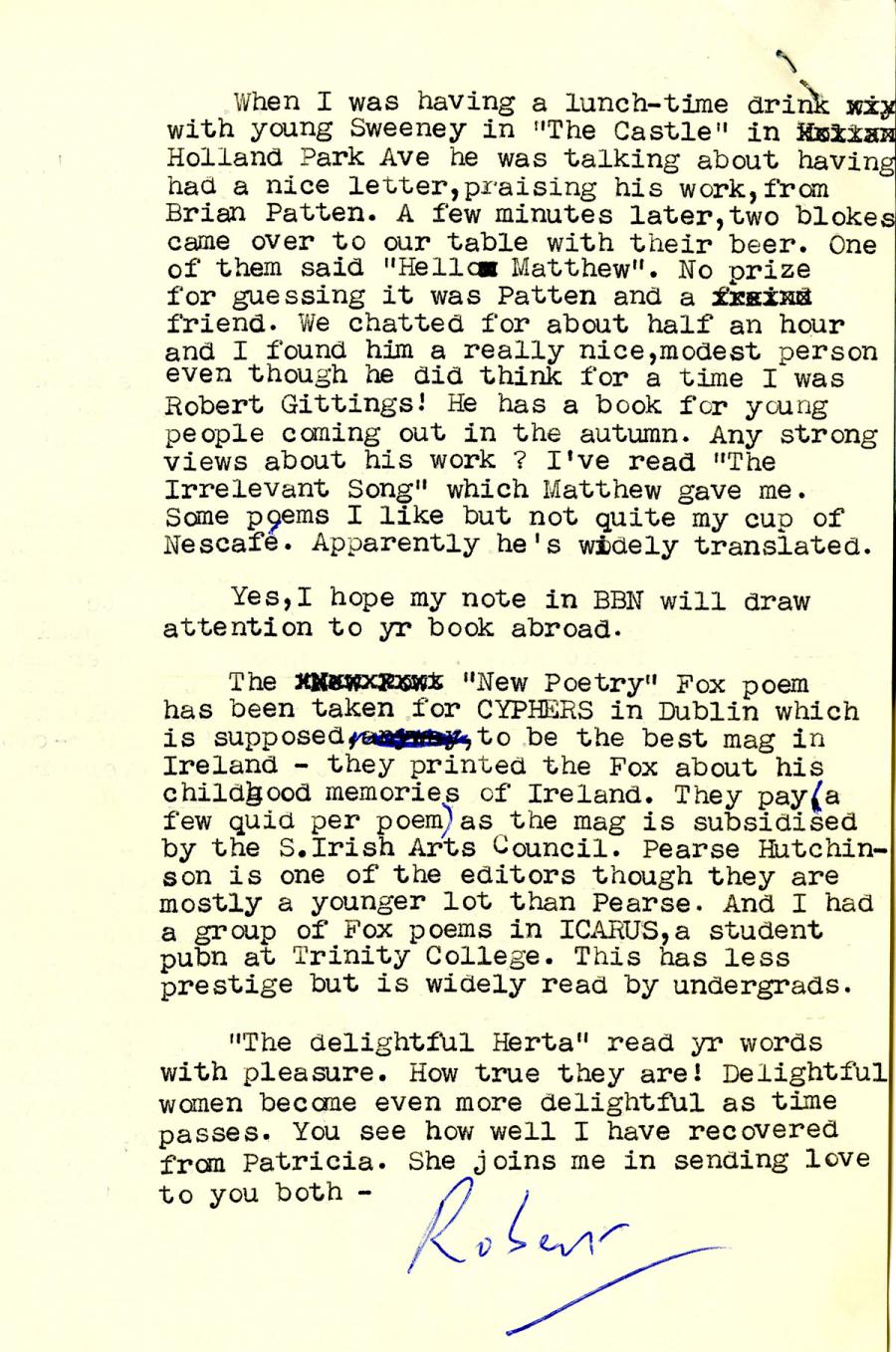 When I was having a lunch-time drink
with young Sweeney in "The Castle" in
Holland Park Ave he was talking about having
had a nice letter,praising his work,from
Brian Patten. A few minutes later,two blokes
came over to our table with their beer. One
of them said "Hello Matthew". Ho prize
for guessing it was Patten and a
friend. We chatted for about half an hour
and I found him a really nice,modest person
even though he did think for a time I was
Robert Gittings! He has a book for young
people coming out in the autumn. Any strong
views about his work ? I've read "The
Irrelevant Song" which Matthew gave me.

Some poerms I like but not quite my cup of
Nescafe. Apparently he's widely translated.

Yes,I hope my note in BBN will draw
attention to yr book abroad.

has been taken for CYPHERS in Dublin which
is supposed ,del>xxxxxxxxx to be the best mag in
Ireland - they printed the Fox about his
childhood memories of Ireland. They pay(a
few quid per poem) as the mag is subsidised
by the S.Irish Arts Council. Pearse Hutchin-
son is one of the editors though they are
mostly a younger lot than Pearse. And I had
a group of Fox poems in ICARUS,a student
pubn at Trinity College. This has less
prestige but is widely read by undergrads.

"The delightful Herta" read yr words
with pleasure. How true they are! Delightful
women become even more delightful as time
passes. You see how well I have recovered
from Patricia. She joins me in sending love
to you both - Robert