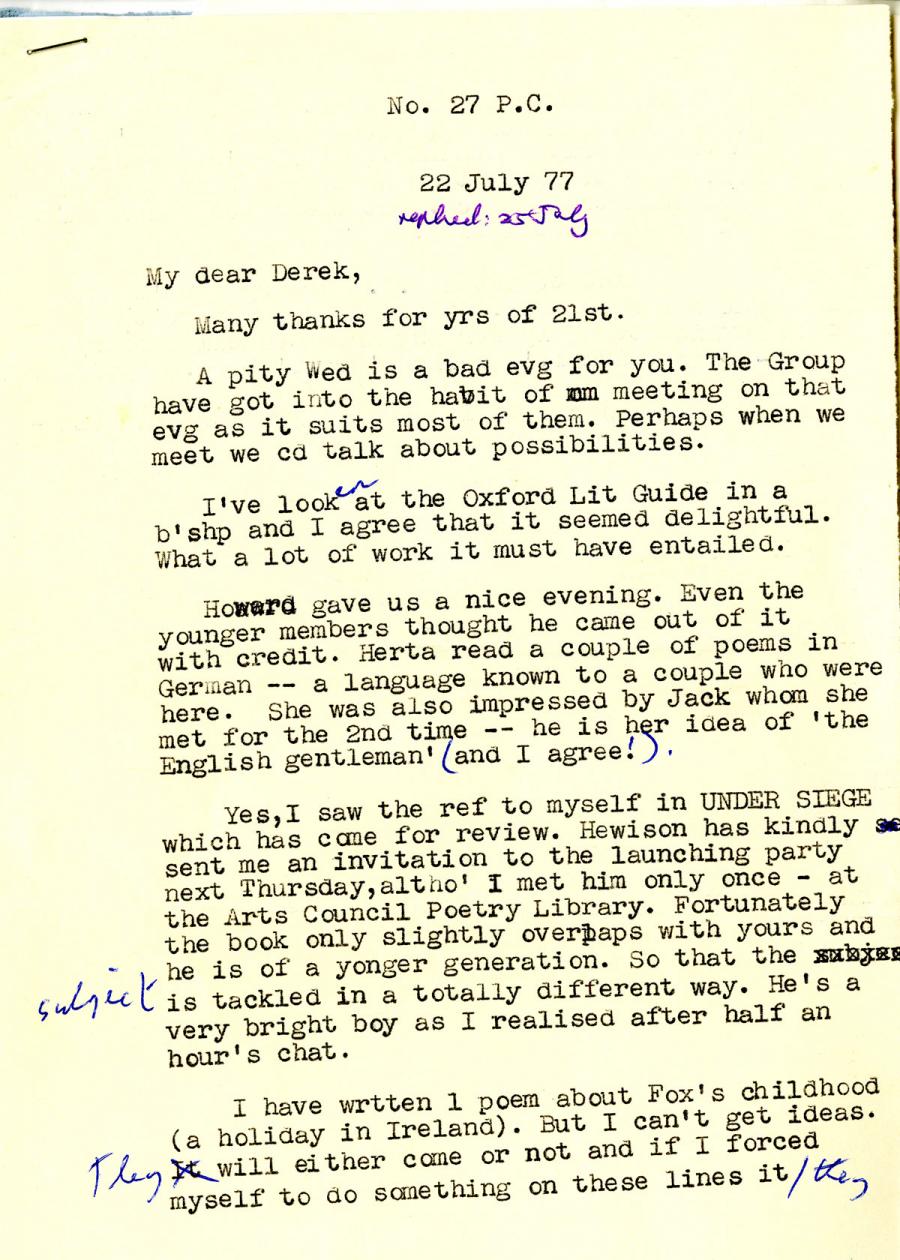 Many thanks for yrs of 21st.

A pity Wed is a bad evg for you. The Group
have got into the habit of meeting on that
evg as it suits most of them. Perhaps when we
meet we cd talk about possibilities.

I’ve look at the Oxford Lit Guide in a
b’shp and I agree that it seemed delightful.
What a lot of work it must have entailed.

Howard gave us a nice evening. Even the
younger members thought he came out of it
with credit. Herta read a couple of poems in
German -- a language known to a couple who were
here. She was also impressed by Jack whom she
met for the 2nd time -- he is her idea of 'the
English gentleman' (and I agree!)

Yes,I saw the ref to myself in UNDER SIEGE
which has come for review. Hewison has kindly
sent me an invitation to the launching party
next Thursday,altho’ I met him only once - at
the Arts Council Poetry Library. Fortunately
the book only slightly overlaps with yours and
he is of a yonger generation. So that the
subject
is tackled in a totally different way. He's a
very bright boy as I realised after half an
hour's chat.

I have wrtten 1 poem about Fox’s childhood
(a holiday in Ireland). But I can’t get ideas.
they will either cone or not and if I forced
myself to do something on these lines it /they