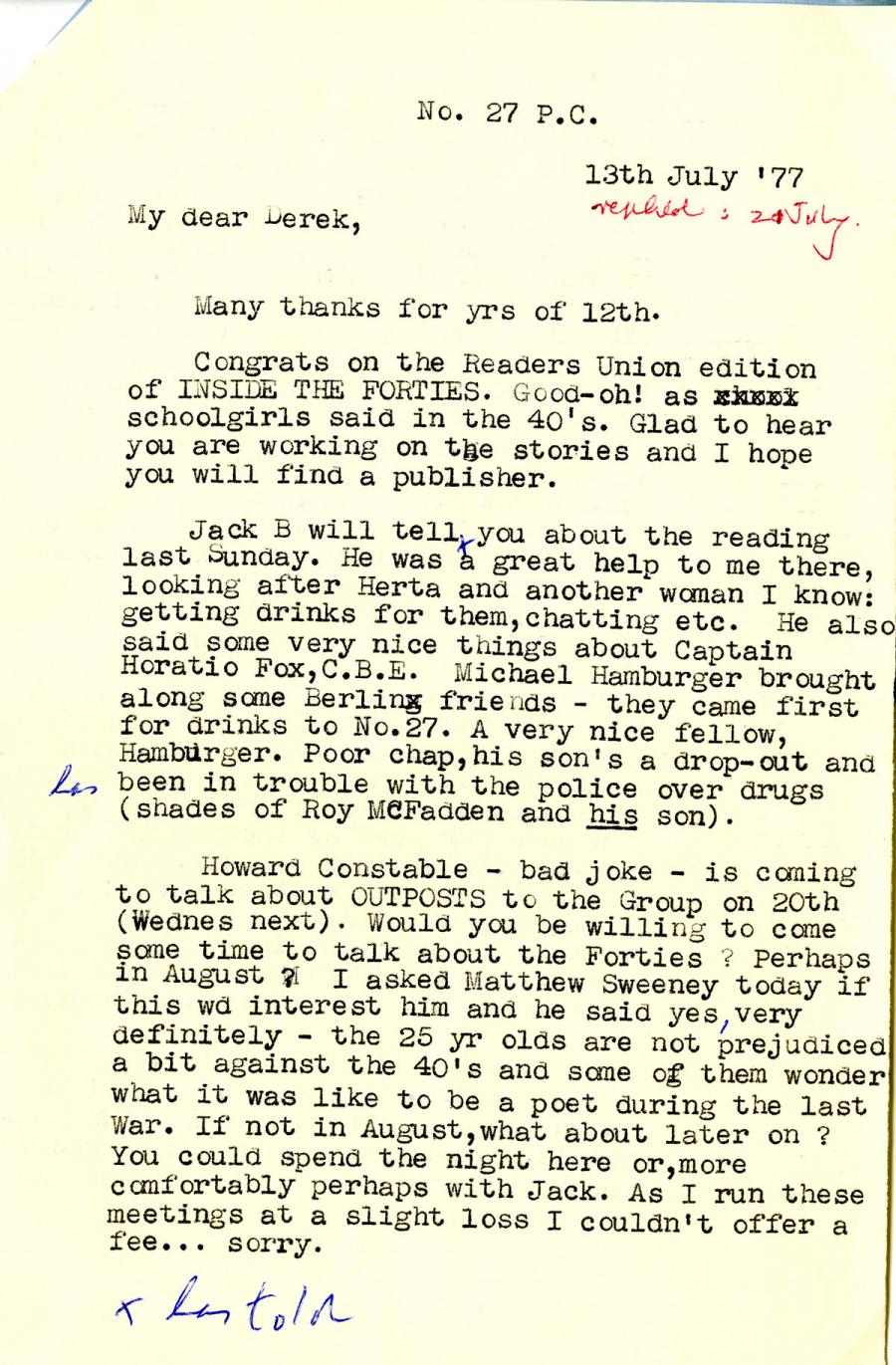 Many thanks for yrs of 12th.

Congrats on the Readers Union edition
of INSIDE THE FORTIES. Good-oh! as
schoolgirls said in the 40* s. Glad to hear
you are working on the stories and I hope
you will find a publisher.

Jack B will tell,x you about the reading
last Sunday. He was a great help to me there,
looking after Herta and another woman I know:
getting drinks for them,chatting etc. He also
said some very nice things about Captain
Horatio Fox,C.B,E. Michael Hamburger brought
along some Berlin friends - they came first
for drinks to No.27. A very nice fellow,
Hamburger. Poor chap,his son’s a drop-out and
has been in trouble with the police over drugs
(shades of Roy McFadden and his son).

Howard Constable - bad joke - is coming
to talk about OUTPOSTS to the Group on 20th
(Wednes next). Would you be willing to come
some time to talk about the Forties ? Perhaps
in August ? i asked Matthew Sweeney today if
this wd interest him and he said yes;very
definitely - the 25 yr olds are not prejudiced
a bit against the 40*s and sane o£ them wonder
what it was like to be a poet during the last
War. If not in August,what about later on ?

You could spend the night here or,more
comfortably perhaps with Jack. As I run these
meetings at a slight loss I couldn’t offer a
fee... sorry.