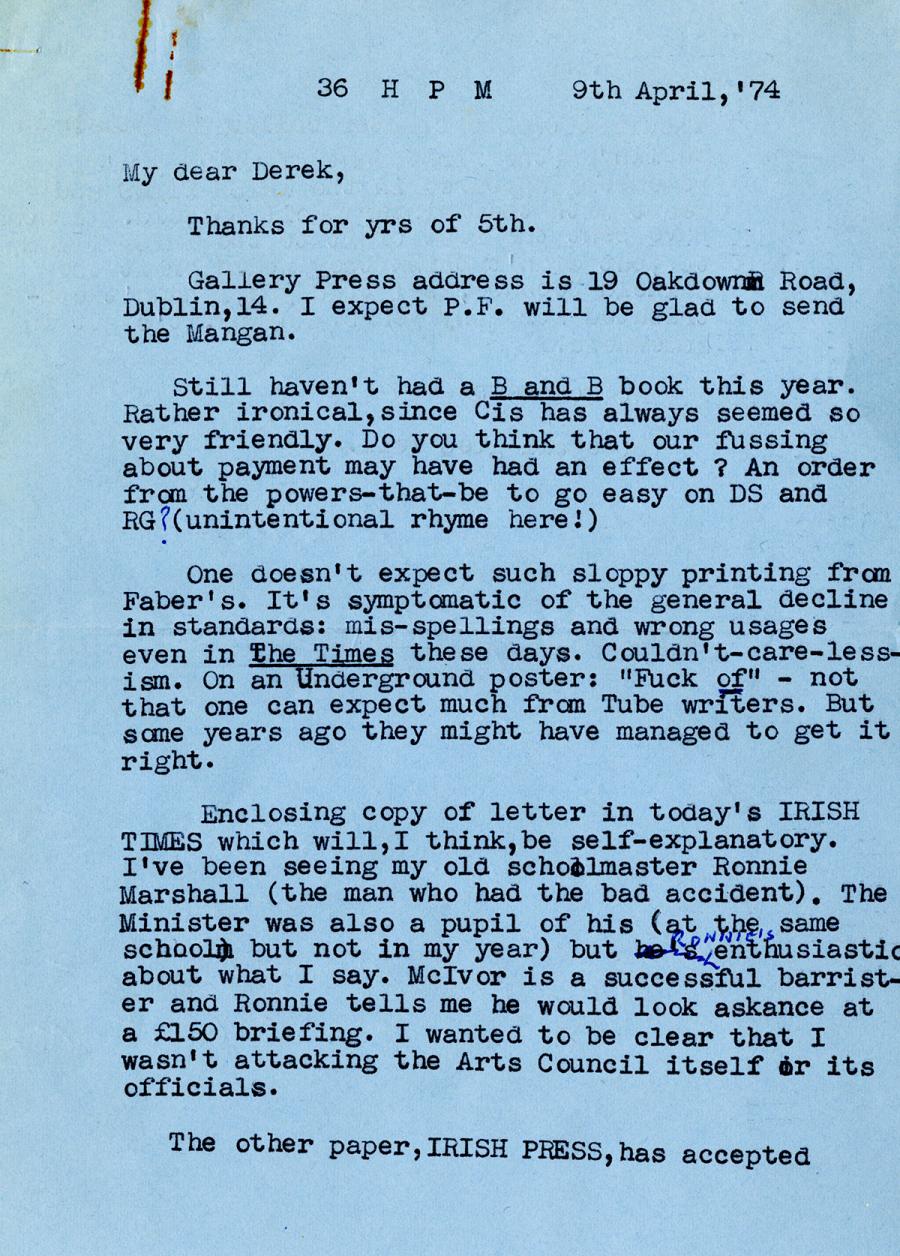 Thanks for yrs of 5th.

Gallery Press address is 19 Oakdown Road,
Dublin, 14. I expect P.F. will be glad to send
the Mangan.

Still haven’t had a B and B book this year.
Rather ironical,since Cis has always seemed so
very friendly. Do you think that our fussing
about payment may have had an effect ? An order
from the powers-that-be to go easy on DS and
RG?(unintentional rhyme here!)

One doesn’t expect such sloppy printing from
Faber’s. It’s symptomatic of the general decline
in standards: mis-spellings and wrong usages
even in The Times these days. Couldn’t-care-less-
ism. On an Underground poster: "Fuck of” - not
that one can expect much from Tube writers. But
some years ago they might have managed to get it
right.

Enclosing copy of letter in today's IRISH
TIMES which will,I think,be self-explanatory.
I’ve been seeing my old schoolmaster Ronnie
Marshall (the man who had the bad accident). The
Minister was also a pupil of his (at same
school but not in my year) but Ronnie's enthusiastic
about what I say. Mclvor is a successful barrist-
er and Ronnie tells me he would look askance at
a £150 briefing. I wanted to be clear that I
wasn’t attacking the Arts Council itself Or its
officials.