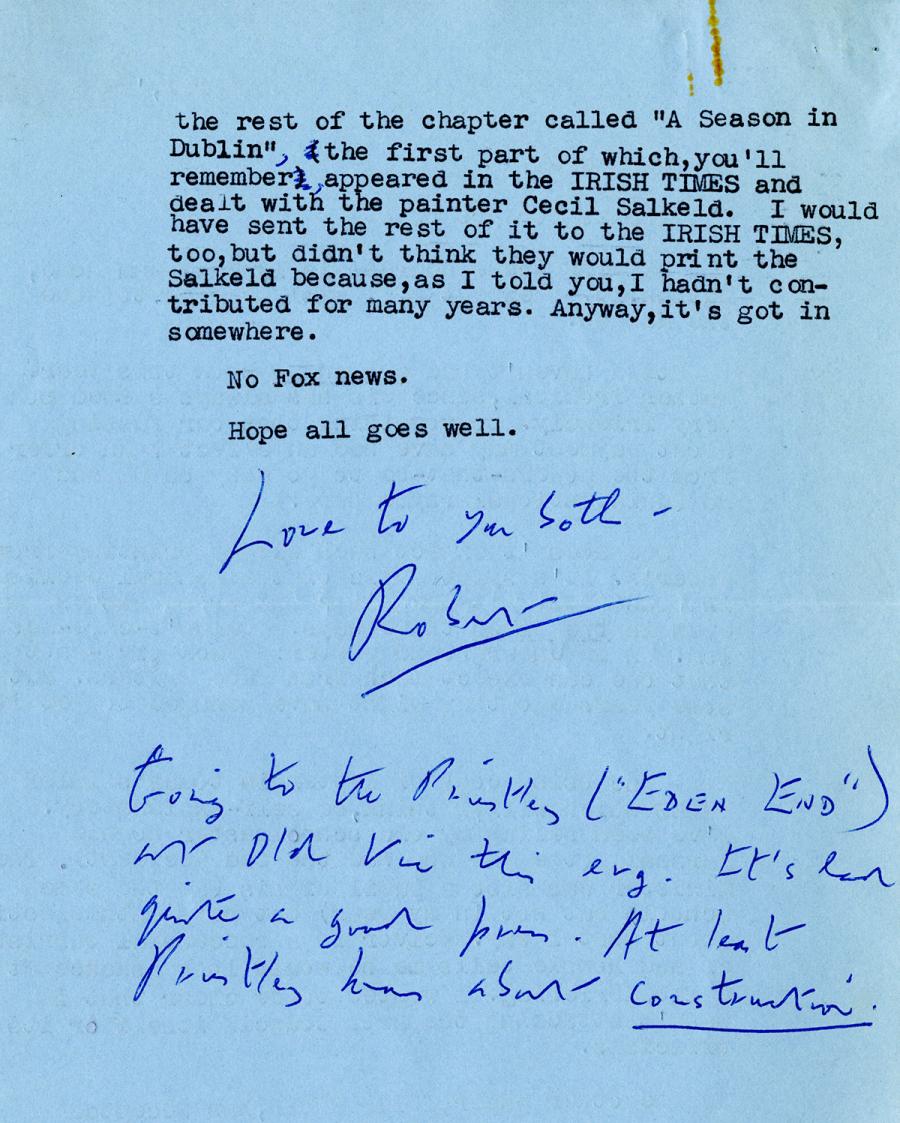 ﻿the rest of the chapter called "A Season in
Dublin", the first part of which,you'll
remember appeared in the IRISH TIMES and
dealt with the painter Cecil Salkeld. I would
have sent the rest of it to the IRISH TIMES,
too,but didn't think they would print the
Salkeld because,as I told you,I hadn't con-
tributed for many years. Anyway,it's got in
somewhere.

Hope all goes well.
Love to you both -
Robert

Going to the Priestly ("Eden End")
at Old Vic this evg. It's had quite
a good press. At least Priestly knows
about construction.