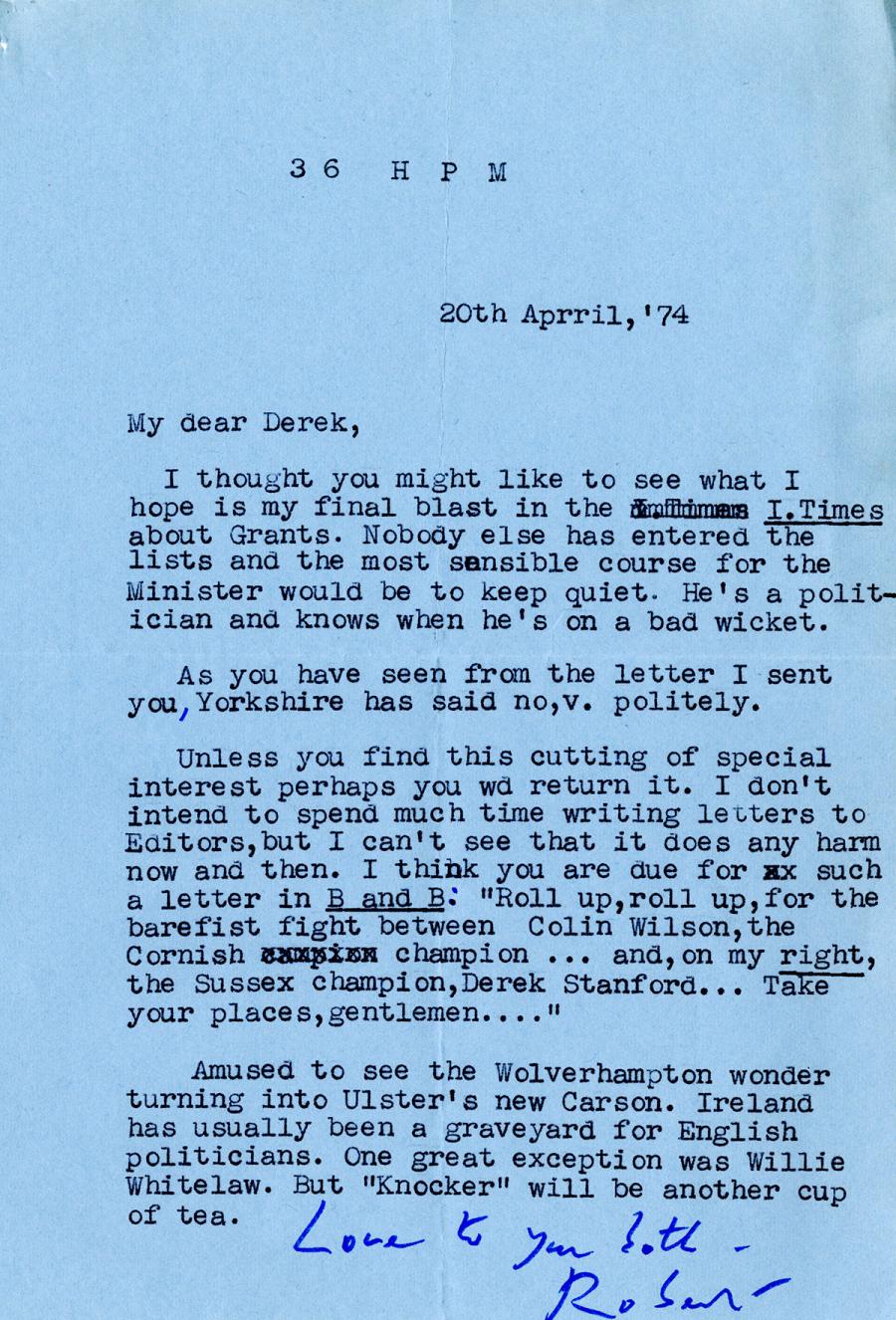 I thought you might like to see what I
hope is my final blast in the I.Times
about Grants. Nobody else has entered the
lists and the most sensible course for the
Minister would be to keep quiet- He's a polit-
ician and knows when he's on a bad wicket.

As you have seen from the letter I sent
you,Yorkshire has said no,v. politely.

Unless you find this cutting of special
interest perhaps you wd return it. I don't
intend to spend much time writing letters to
Editors,but I can't see that it does any harm
now and then. I thihk you are due for such
a letter in B and B: “Roll up,roll up,for the
barefist fight between Colin Wilson,the
Cornish champion ... and,on my right,
the Sussex champion,Derek Stanford... Take
your places,gentlemen...."

Amused to see the Wolverhampton wonder
turning into Ulster's new Carson. Ireland
has usually been a graveyard for English
politicians. One great exception was Willie
Whitelaw. But "Knocker" will be another cup
of tea