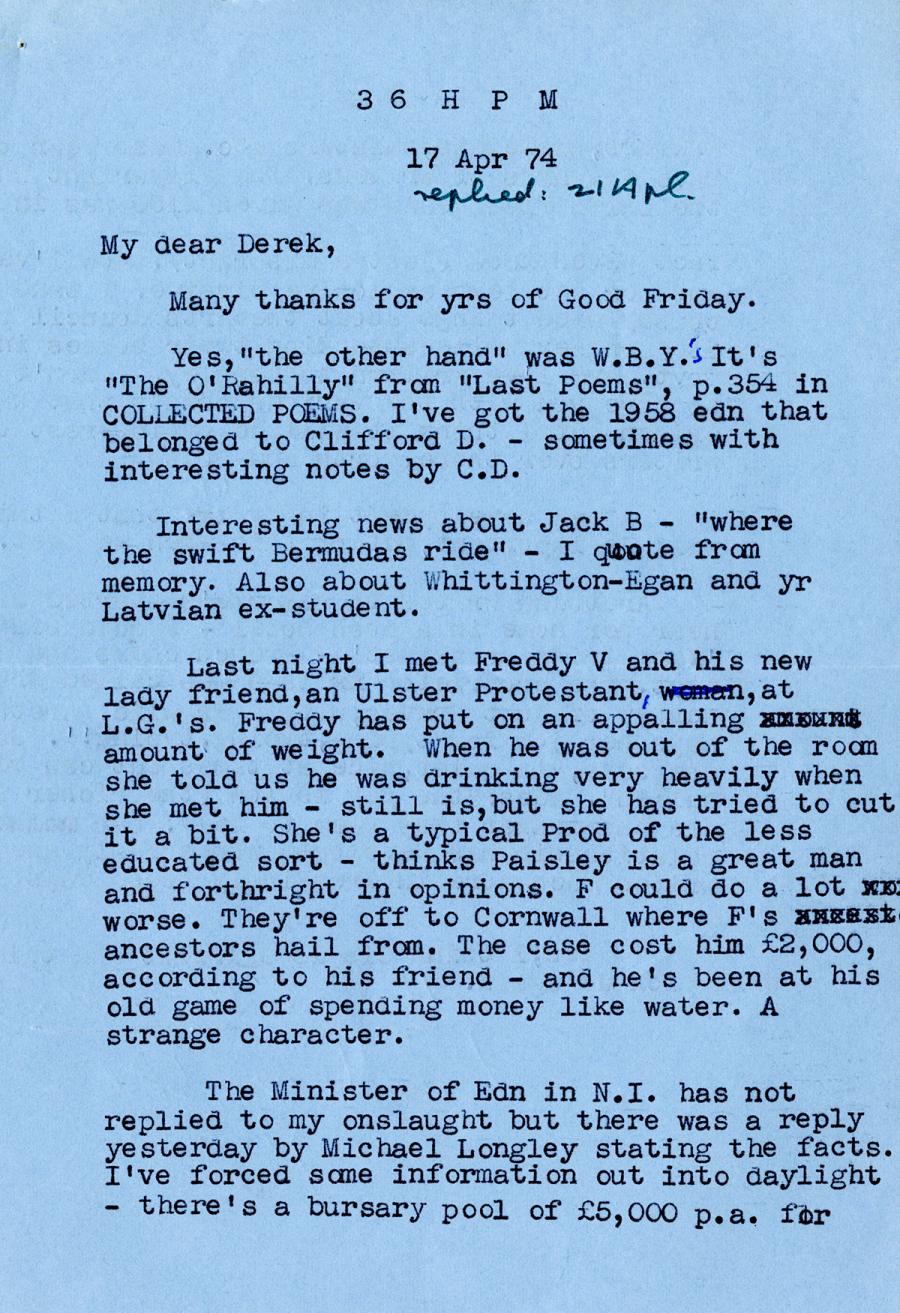 Many thanks for yrs of Good Friday.

Interesting news about Jack B - “where
the swift Bermudas ride“ - I quote from
memory. Also about Whittington-Egan and yr
Latvian ex-student.

Last night I met Freddy V and his new
lady friend,an Ulster Protestant, ,at
L.G.'s. Freddy has put on an appalling
amount of weight. When he was out of the room
she told us he was drinking very heavily when
she met him - still is,but she has tried to cut
it a bit. She’s a typical Prod of the less
educated sort - thinks Paisley is a great man
and forthright in opinions. F could do a lot
worse. They’re off to Cornwall where F’s
ancestors hail from. The case cost him £2,000,
according to his friend - and he’s been at his
old game of spending money like water. A
strange character.

The Minister of Edn in N.I. has not
replied to my onslaught but there was a reply
yesterday by Michael Longley stating the facts.
I’ve forced some information out into daylight
- there's a bursary pool of £5,000 p.a. for