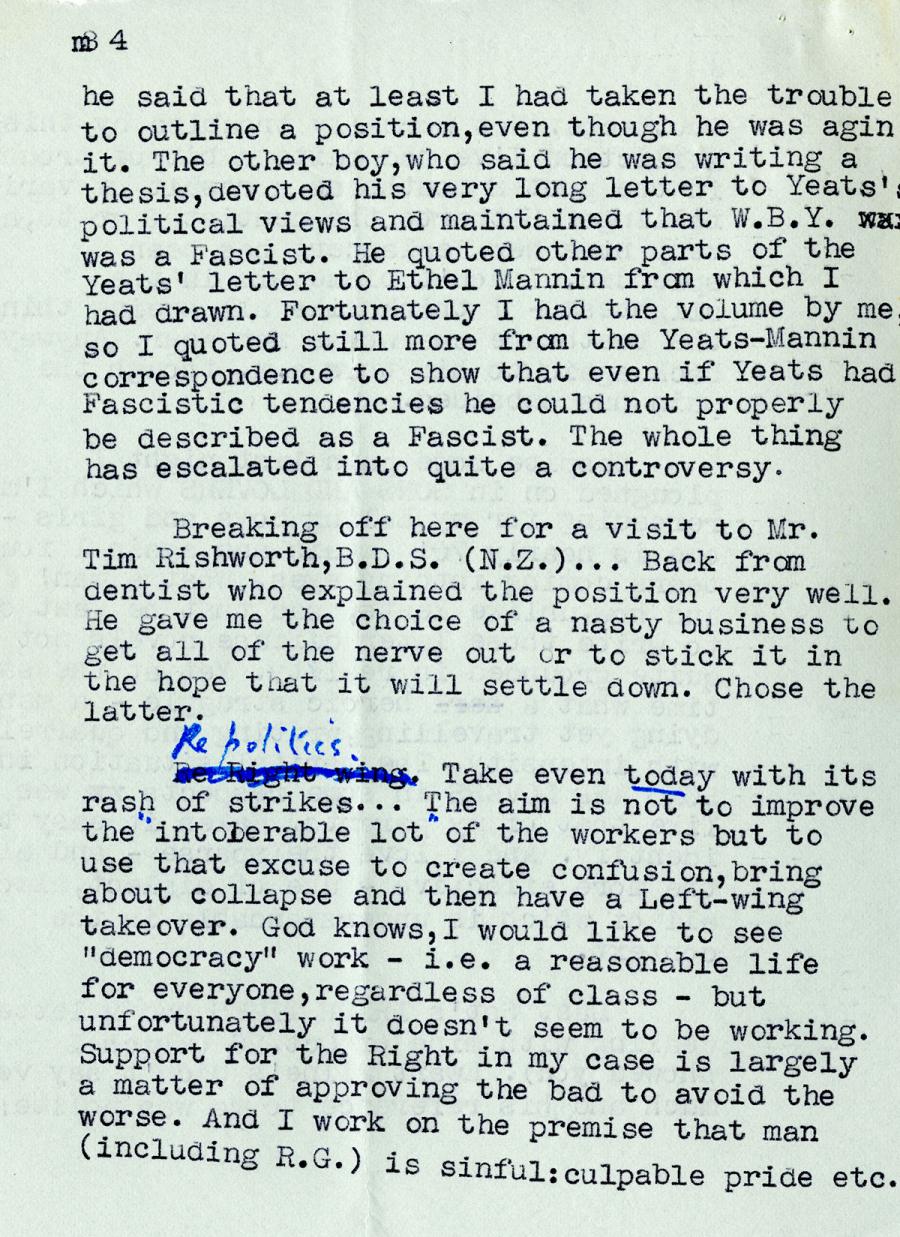 he said that at least I had taken the trouble
to outline a position,even though he was agin
it. The other boy,who said he was writing a
thesis,devoted his very long letter to Yeats'
political views and maintained that W.B.Y.
was a Fascist. He quoted other parts of the
Yeats' letter to Ethel Mannin from which I
had drawn. Fortunately I had the volume by me,
so I quoted still more from the Yeats-Mannin
correspondence to show that even if Yeats had
Fascistic tendencies he could not properly
be described as a Fascist. The whole thing
has escalated into quite a controversy.

Breaking off here for a visit to Mr.
Tim Rishworth,B.D.S. (N.Z.)... Back from
dentist who explained the position very well.
He gave me the choice of a nasty business to
get all of the nerve out or to stick it in
the hope teat it will settle down. Chose the
latter.

re politics Take even today with its
rash of strikes... The aim is not to improve
the "intolerable lot" of the workers but to
use that excuse to create confusion,bring
about collapse and then have a Left-wing
takeover. God knows,I would like to see
"democracy" work - i.e. a reasonable life
for everyone,regardless of class - but
unfortunately it doesn’t seem to be working.
Support for the Right in my case is largely
a matter of approving the bad to avoid the
worse. And I work on the premise that man
(including R.G.) is sinful:culpable pride etc.