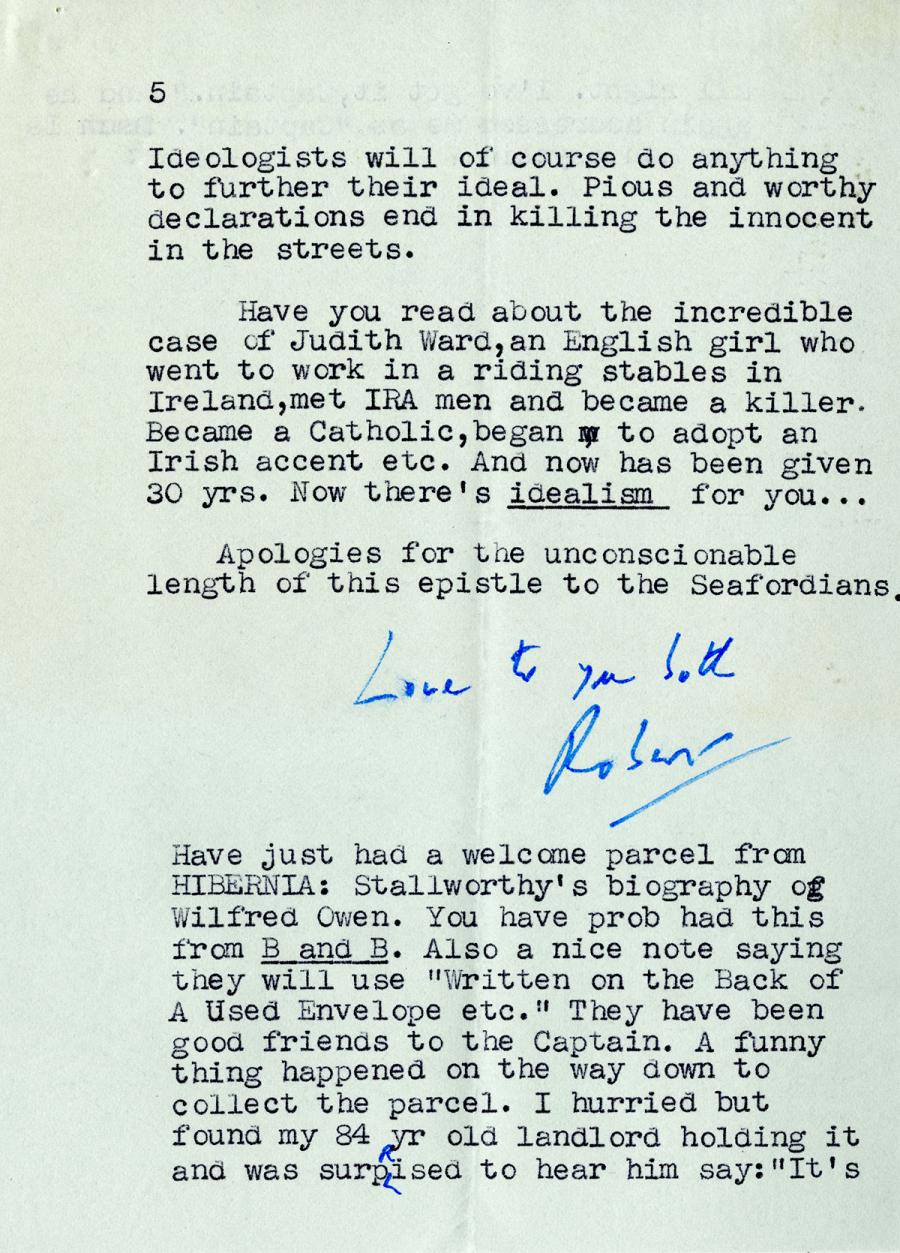 Ideologists will of course do anything
to further their ideal. Pious and worthy
declarations end in killing the innocent
in the streets.

Have you read about the incredible
case of Judith Ward,an English girl who
went to work in a riding stables in
Ireland,met IRA men and became a killer.
Became a Catholic,began to adopt an
Irish accent etc. And now has been given
30 yrs. How there's for you...

Apologies for the unconscionable
length of this epistle to the Seafordians,

Love to you both
Robert

Have just had a welcome parcel from
HIBERNIA: Stallworthy's biography of
Wilfred Owen. You have prob had this
from B and B. Also a nice note saying
they will use "Written on the Back of
A Used Envelope etc." They have been
good friends to the Captain, A funny
thing happened on the way down to
collect the parcel. I hurried but
found my 84 yr old landlord holding it
and was surprised to hear him say:"It's