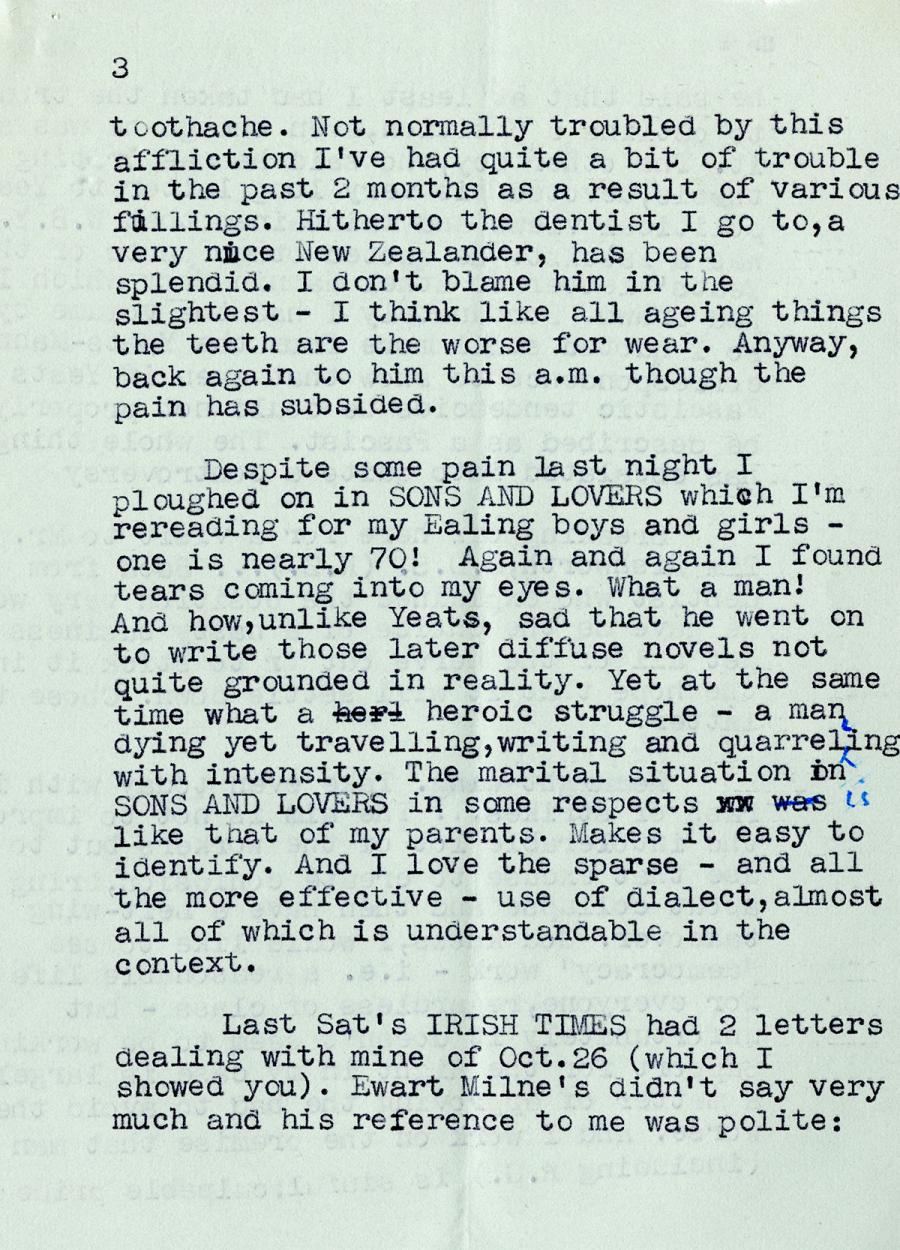 toothache. Not normally troubled by this
affliction I've had quite a bit of trouble
in the past 2 months as a result of various
fillings. Hitherto the dentist I go to,a
very nice New Zealander, has been
splendid. I don't blame him in the
slightest - I think like all ageing things
the teeth are the worse for wear. Anyway,
back again to him this a.m. though the
pain has subsided.

Despite some pain last night I
ploughed on in SONS AND LOVERS which I'm
rereading for my Ealing boys and girls -
one is nearly 70! Again and again I found
tears coming into my eyes. What a man!
And how,unlike Yeats, sad that he went on
to write those later diffuse novels not
quite grounded in reality. Yet at the same
time what a heroic struggle - a man
dying yet travelling,writing and quarreling
with intensity. The marital situation in
SONS AND LOVERS in some respects
is
like that of my parents. Makes it easy to
identify. And I love the sparse - and all
the more effective - use of dialect,almost
all of which is understandable in the
context.

Last Sat's IRISH TIMES had 2 letters
dealing with mine of Oct.26 (which I
showed you). Ewart Milne's didn't say very
much and his reference to me was polite: