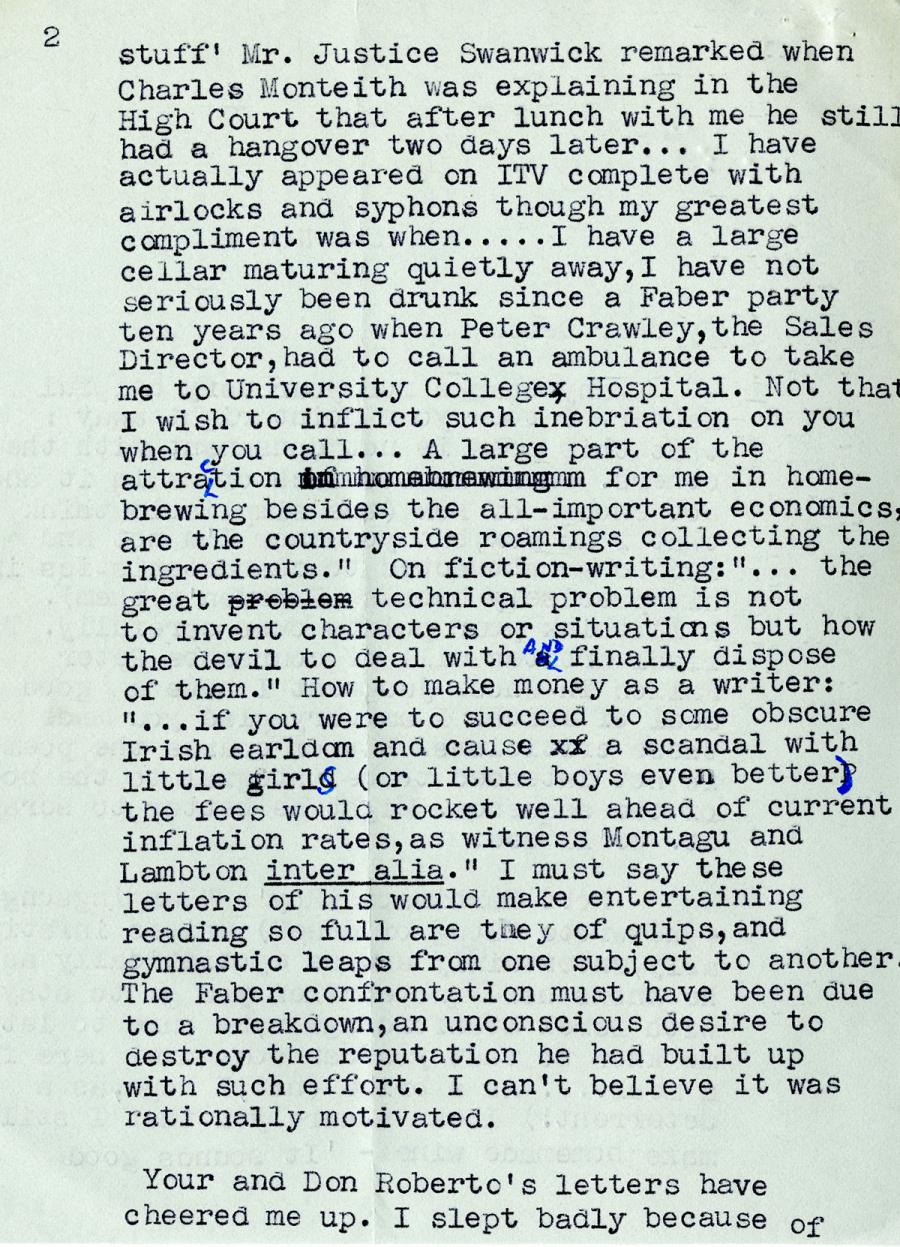 stuff' Mr. Justice Swanwick remarked when
Charles Monteith was explaining in the
High Court that after lunch with me he still
had a hangover two days later... I have
actually appeared on ITV complete with
airlocks and syphons though my greatest
compliment was when.....I have a large
cellar maturing quietly away,I have not
seriously been drunk since a Faber party
ten years ago when Peter Crawley,the Sales
Director,had to call an ambulance to take
me to University College Hospital. Not that

I wish to inflict such inebriation on you
when you call... A large part of the
attraction for me in home-
brewing besides the all-important economics:
are the countryside roamings collecting the
ingredients." On fiction-writing:"... the
great technical problem is not
to invent characters or situations but how
the devil to deal with and finally dispose
of them." How to make money as a writer:

"...if you were to succeed to some obscure
Irish earldom and cause a scandal with
little girl (or little boys even better)
the fees would rocket well ahead of current
inflation rates,as witness Montagu and
Lambton inter alia." I must say these
letters of his would make entertaining
reading so full are they of quips,and
gymnastic leaps from one subject to another,
The Faber confrontation must have been due
to a breakdown,an unconscious desire to
destroy the reputation he had built up
with such effort. I can't believe it was
rationally motivated.

Your and Don Roberto's letters have
cheered me up. I slept badly because of