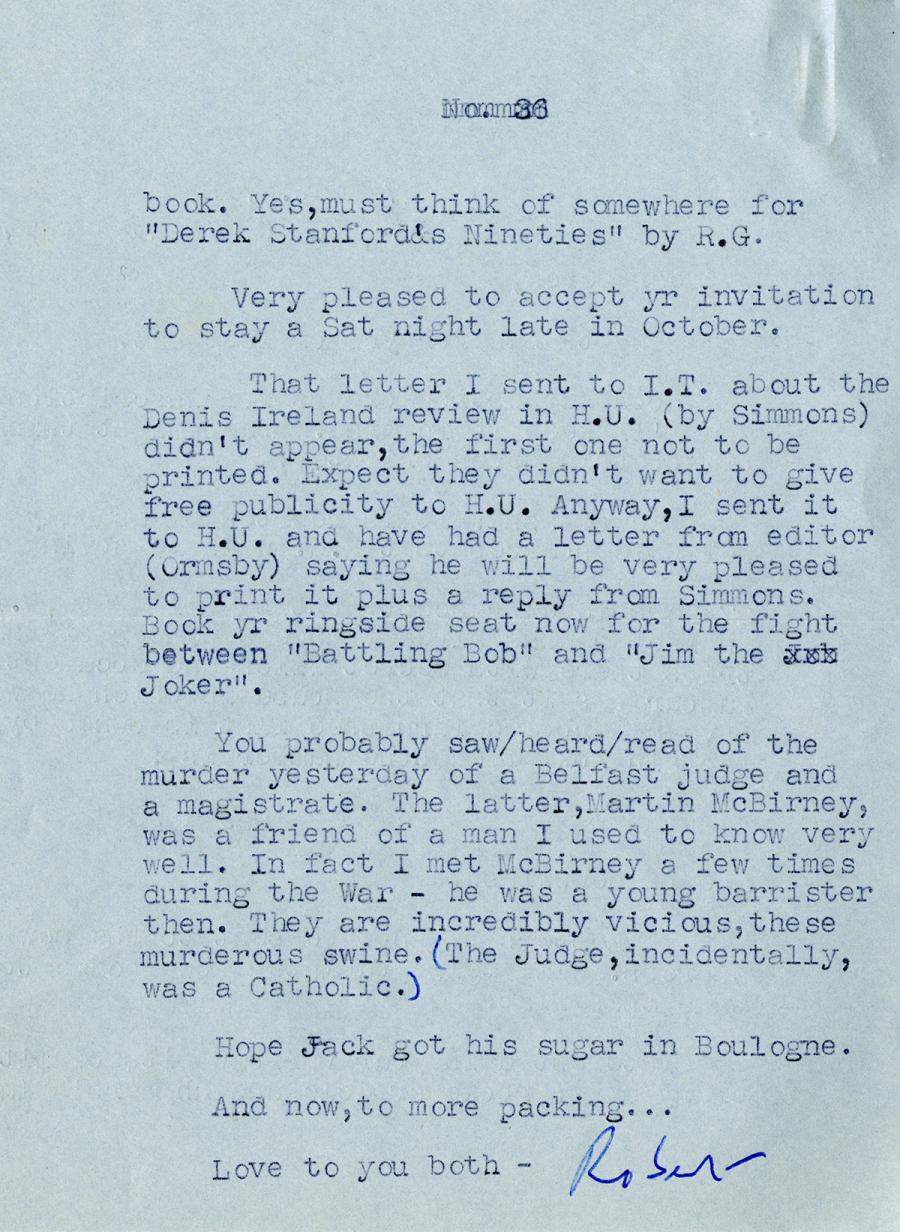 "book. Yes, must think of somewhere for
"Derek Stanford's Nineties" by R.G.

That letter I sent to I.T. about the
Denis Ireland review in H.U. (by Simmons)
didn't appear,the first one not to be
printed. Expect they didn!t want to give
free publicity to H.U. Anyway,I sent it
to H.U. and have had a letter from editor
(Ormsby) saying he will be very pleased
to print it plus a reply from Simmons.

Book yr ringside seat now for the fight
between "Battling Bob” and "Jim the
Joker".

You probably saw/heard/read of the
murder yesterday of a Belfast judge and
a magistrate. The latter,Martin McBirney,
was a friend of a man I used to know very
well. In fact I met McBirney a few times
during the War - he was a young barrister
then. They are incredibly vicious,these
murderous swine.(The Judge,incidentally,
was a Catholic.)

Hope Jack got his sugar in Boulogne.