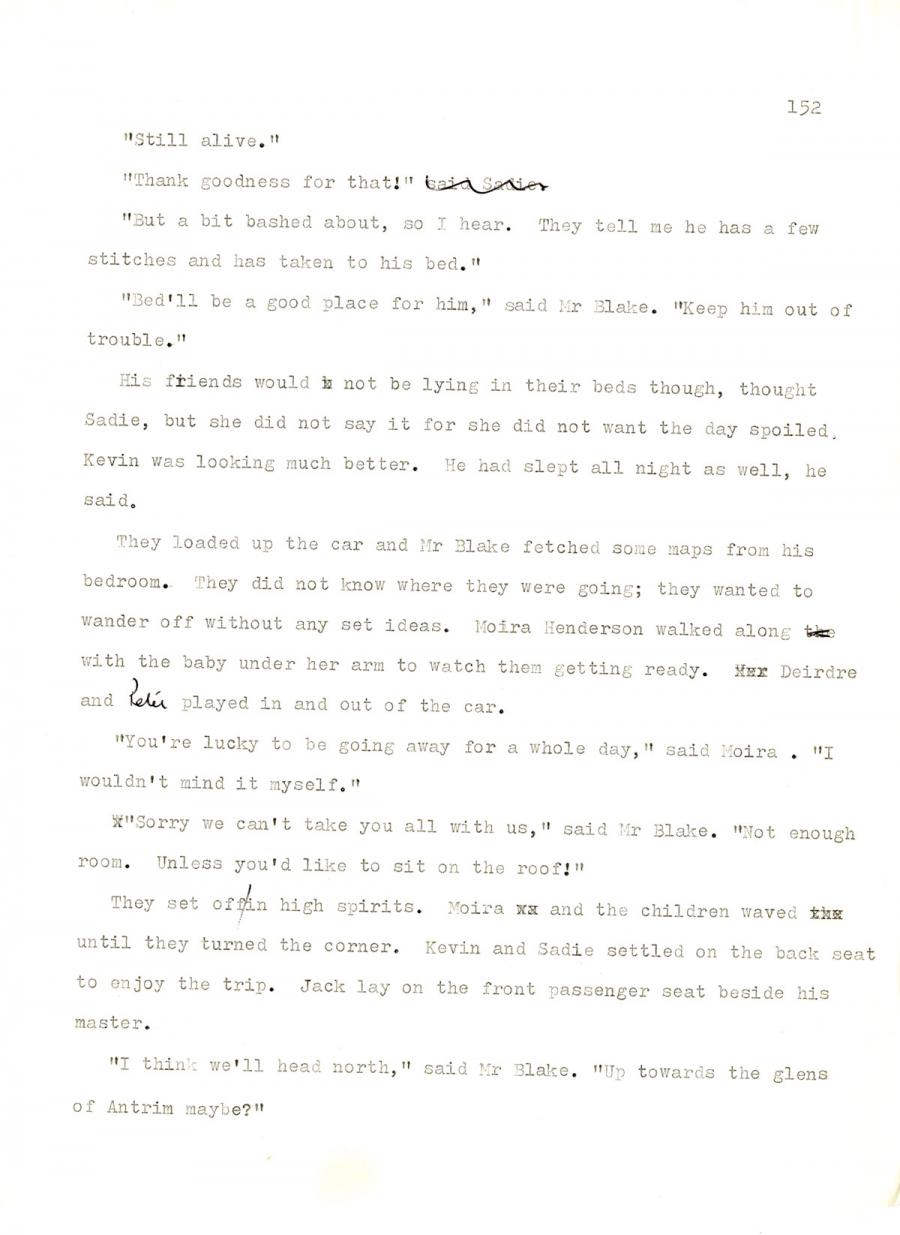 "Thank goodness for that!"

"But a bit bashed about, so I hear. They tell me he has a few
stitches and has taken to his bed."

"Bed'll be a good place for him," said Mr Blake. "Keep him out of
trouble."

His friends would not be lying in their beds though, thought
Sadie, but she did not say it for she did not want the day spoiled,
Kevin was looking much better. He had slept all night as well, he
said.

They loaded up the car and Mr Blake fetched some maps from his
bedroom. They did not know where they were going; they wanted to
wander off without any set ideas. Moira Henderson walked along
with the baby under her arm to watch them getting ready. Deirdre
and Peter played in and out of the car.

"You're lucky to be going away for a whole day," said Moira . "I
wouldn't mind it myself."

"Sorry we can't take you all with us," said Mr Blake. "Not enough
room. Unless you'd like to sit on the roof!"

They set offin high spirits. Moira and the children waved
until they turned the corner. Kevin and Sadie settled on the back seat
to enjoy the trip. Jack lay on the front passenger seat beside his
master.

"I thin: we'll head north," said Mr Blake. "Up towards the glens
of Antrim maybe?"