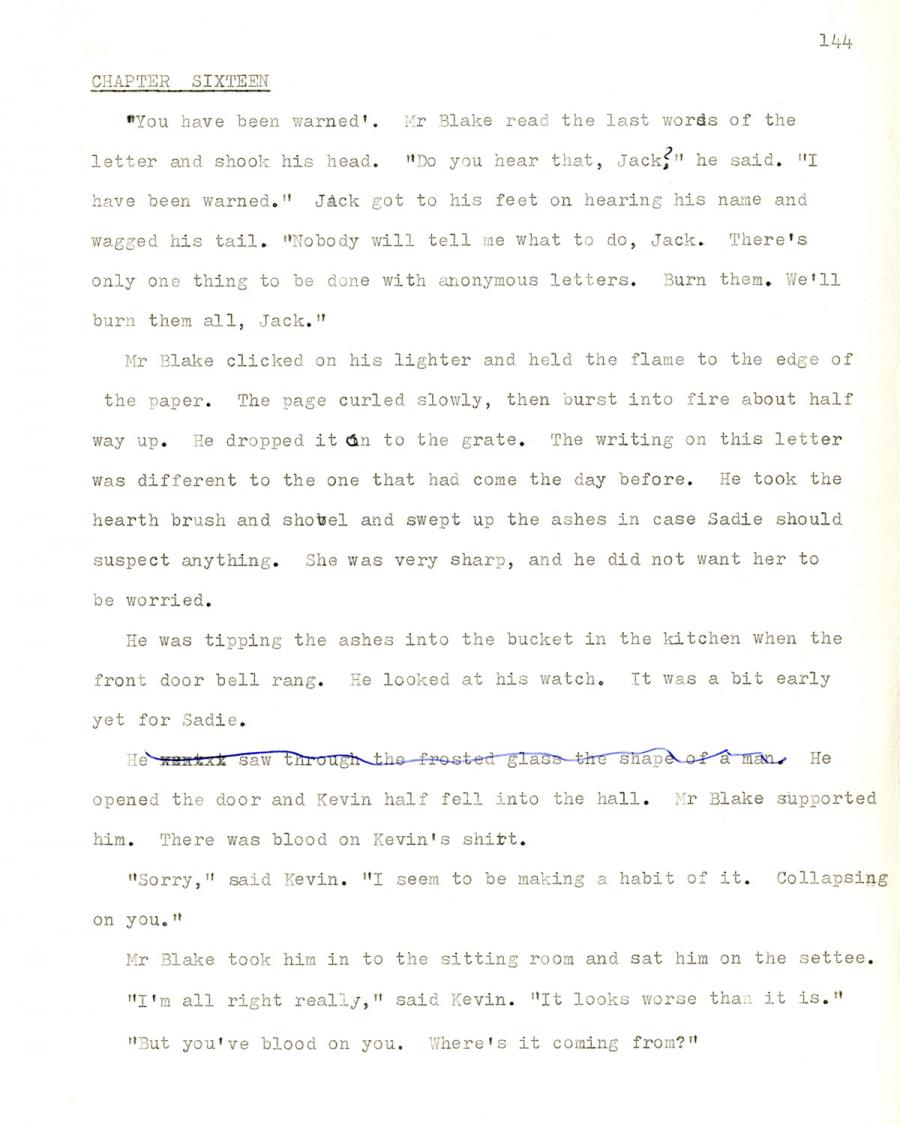 “You have been warned". Mr Blake read the last words of the
letter and shook his head. "Do you hear that, Jack?” he said. "I
have been warned.” Jack got to his feet on hearing his name and
wagged his tail. "Nobody will tell me what to do, Jack. There's
only one thing to be done with anonymous letters. Burn them. We'll
burn them all, Jack."

Mr Blake clicked on his lighter and held the flame to the edge of
the paper. The page curled slowly, then burst into fire about half
way up. He dropped it on to the grate. The writing on this letter
was different to the one that had come the day before. He took the
hearth brush and shovel and swept up the ashes in case Sadie should
suspect anything. She was very sharp, and he did not want her to
be worried.

He was tipping the ashes into the bucket in the kitchen when the
front door bell rang. He looked at his watch. It was a bit early
yet for Sadie.

He
opened the door and Kevin half fell into the hall. Mr Blake supported
him. There was blood on Kevin's shitt.

"Sorry,” said Kevin. "I seem to be making a habit of it. Collapsing
on you."

Mr Blake took him in to the sitting room and sat him on the settee.

"I'm all right really,” said Kevin. "It looks worse than it is.”

”But you've blood on you. Where's it coming from?"