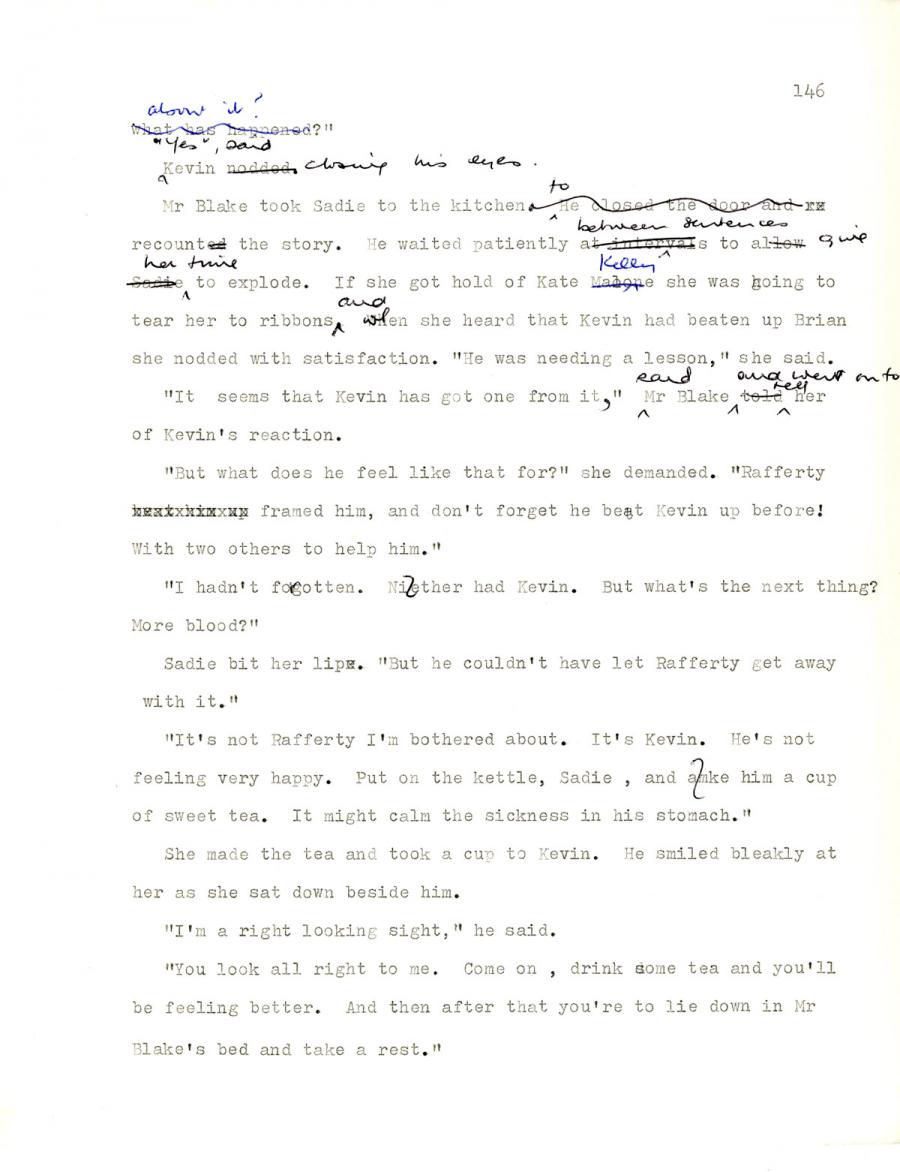 Mr Blake took Sadie to the kitchento recount the story. He waited patiently between sentences to give her time
to explode. If she got hold of Kate Kelly she was going to
tear her to ribbons and when she heard that Kevin had beaten up Brian
she nodded with satisfaction. "He was needing a lesson," she said.

"It seems that Kevin has got one from it," said Mr Blake and went on to tell her
of Kevin's reaction.

"But what does he feel like that for?" she demanded. "Rafferty
framed him, and don't forget he beat Kevin up before!
With two others to help him."

"I hadn't forgotten. Niether had Kevin. But what's the next thing?
More blood?"

Sadie bit her lips. "But he couldn't have let Rafferty get away
with it."

"It's not Rafferty I'm bothered about. It's Kevin. He's not
feeling very happy. Put on the kettle, Sadie , and amke him a cup
of sweet tea. It might calm the sickness in his stomach."

She made the tea and took a cup to Kevin. He smiled bleakly at
her as she sat down beside him.

"You look all right to me. Come on , drink some tea and you'll
be feeling better. And then after that you're to lie down in Mr
Blake's bed and take a rest."