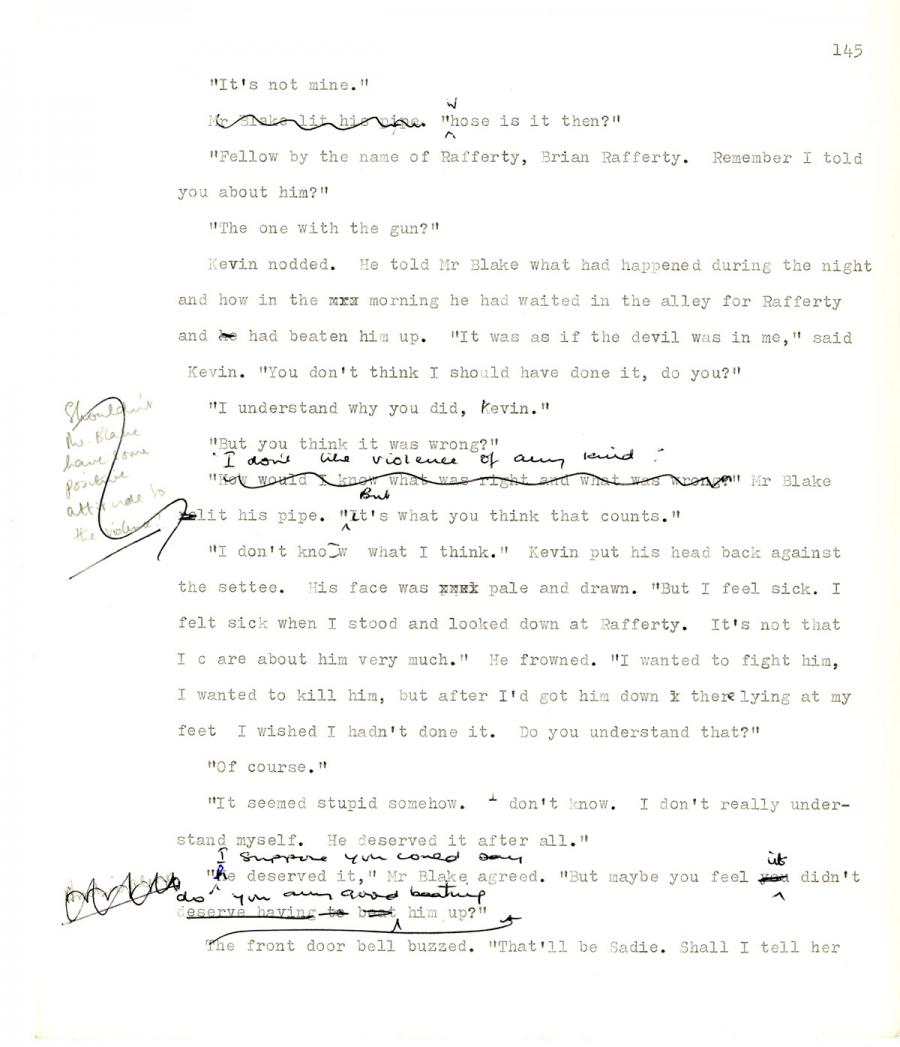 "Fellow by the name of Rafferty, Brian Rafferty. Remember I told
you about him?"

Kevin nodded. He told Hr Blake what had happened during the night
and how in the morning he had waited in the alley for Rafferty
and had beaten him up. "It was as if the devil was in me," said
Kevin. "You don't think I should have done it, do you?"

"I understand why you did, Kevin."

"But you think it was wrong?"

"I don't like violence of any kind." Mr Blake
lit his pipe. "But it's what you think that counts."

"I don;t know what I think." Kevin put his head back against
the settee. His face was pale and drawn. "But I feel sick. I
felt sick when I stood and looked down at Rafferty. It's not that
I c are about him very much." He frowned. "I wanted to fight him,
I wanted to kill him, but after I'd got him down there lying at my
feet I wished I hadn't done it. Do you understand that?"

"It seemed stupid somehow. I don't know. I don't really under-
stand myself. He deserved it after all."

"I suppose you could say he deserved it" Mr Blake agreed. "But maybe you feel it didn't do you any good beating him up?"

The front door bell buzzed. "That'll be Sadie. Shall I tell her