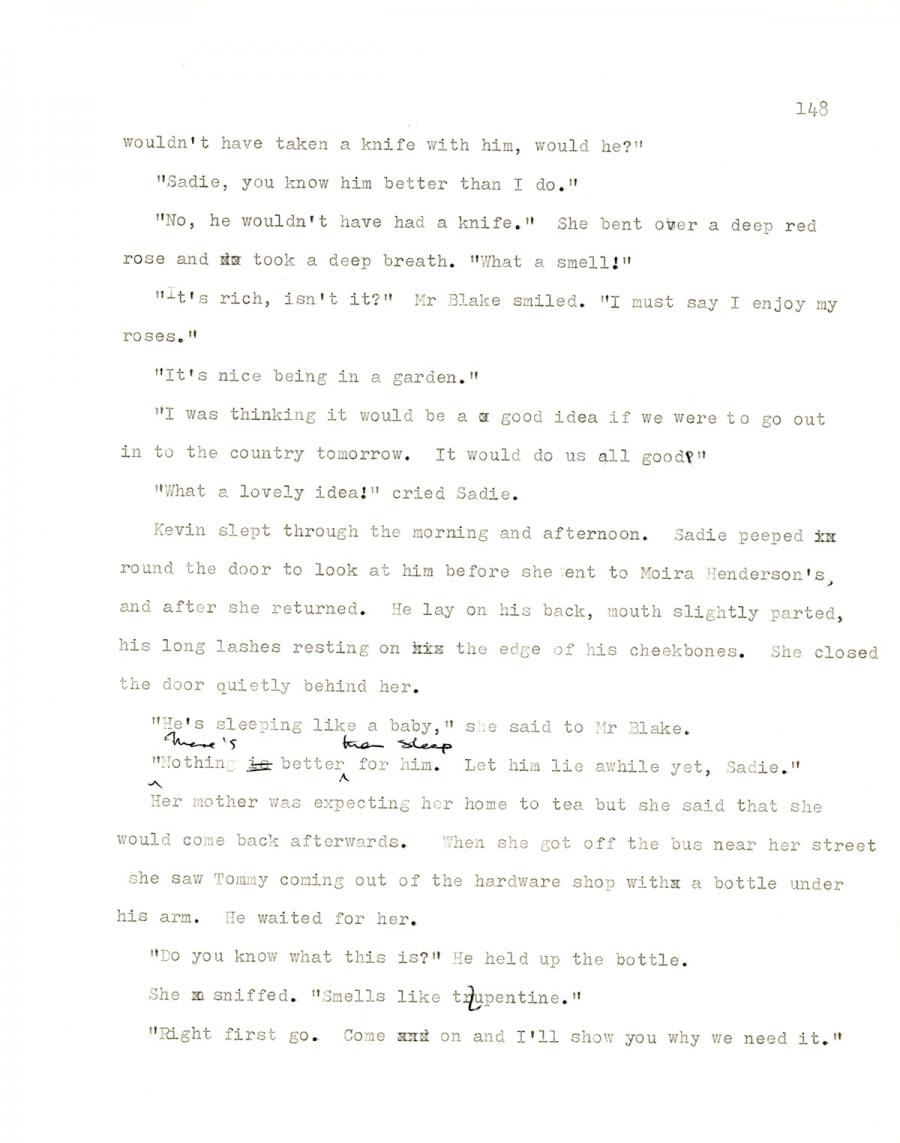 wouldn't have taken a knife with him, would he?"

"Sadie, you know him better than I do."

"No, he wouldn't have had a knife." She bent over a deep red
rose and took a deep breath. "What a smell!"

"It's nice being in a garden."

"I was thinking it would be a a good idea if we were to go out
in to the country tomorrow. It would do us all good"

"What a lovely idea!" cried Sadie.

Kevin slept through the morning and afternoon. Sadie peeped
round the door to look at him before she ent to Moira Henderson's,
and after she returned. He lay on his back, mouth slightly parted,
his long lashes resting on his the edge of his cheekbones. She closed
the door quietly behind her.

"There's Nothing better than sleep for him. Let him lie awhile yet, Sadie."

Her mother was expecting her home to tea but she said that she
would come back afterwards. When she got off the bus near her street
she saw Tommy coming out of the hardware shop with a bottle under
his arm. He waited for her.

"Do you know what this is?" He held up the bottle.

"Right first go. Come on and I'll show you why we need it."