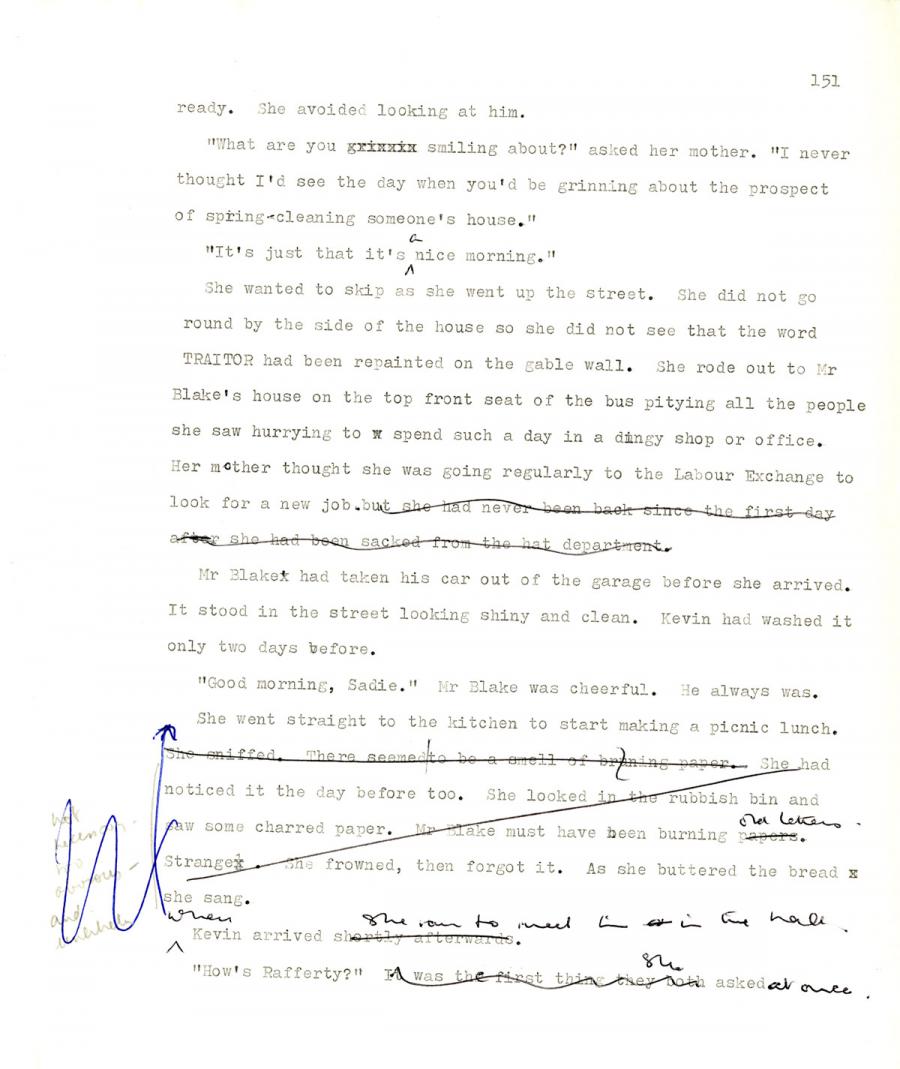 ready. She avoided looking at him.

"What are you smiling about?" asked her mother. "I never
thought I'd see the day when you'd be grinning about the prospect
of spring-cleaning someone's house."

"It's just that it's a nice morning."

She wanted to skip as she went up the street. She did not go
round by the side of the house so she did not see that the word
TRAITOR had been repainted on the gable wall. She rode out to Mr
Blake's house on the top front seat of the bus pitying all the people
she saw hurrying to spend such a day in a dingy shop or office.
Her mother thought she was going regularly to the Labour Exchange to
look for a new job.

Mr Blake had taken his car out of the garage before she arrived.
It stood in the street looking shiny and clean. Kevin had washed it
only two days before.

"Good morning, Sadie." Mr Blake was cheerful. He always was.

She went straight to the kitchen to start making a picnic lunch.

When Kevin arrived she ran to meet him in the hall.

"How's Rafferty?" She asked at once.