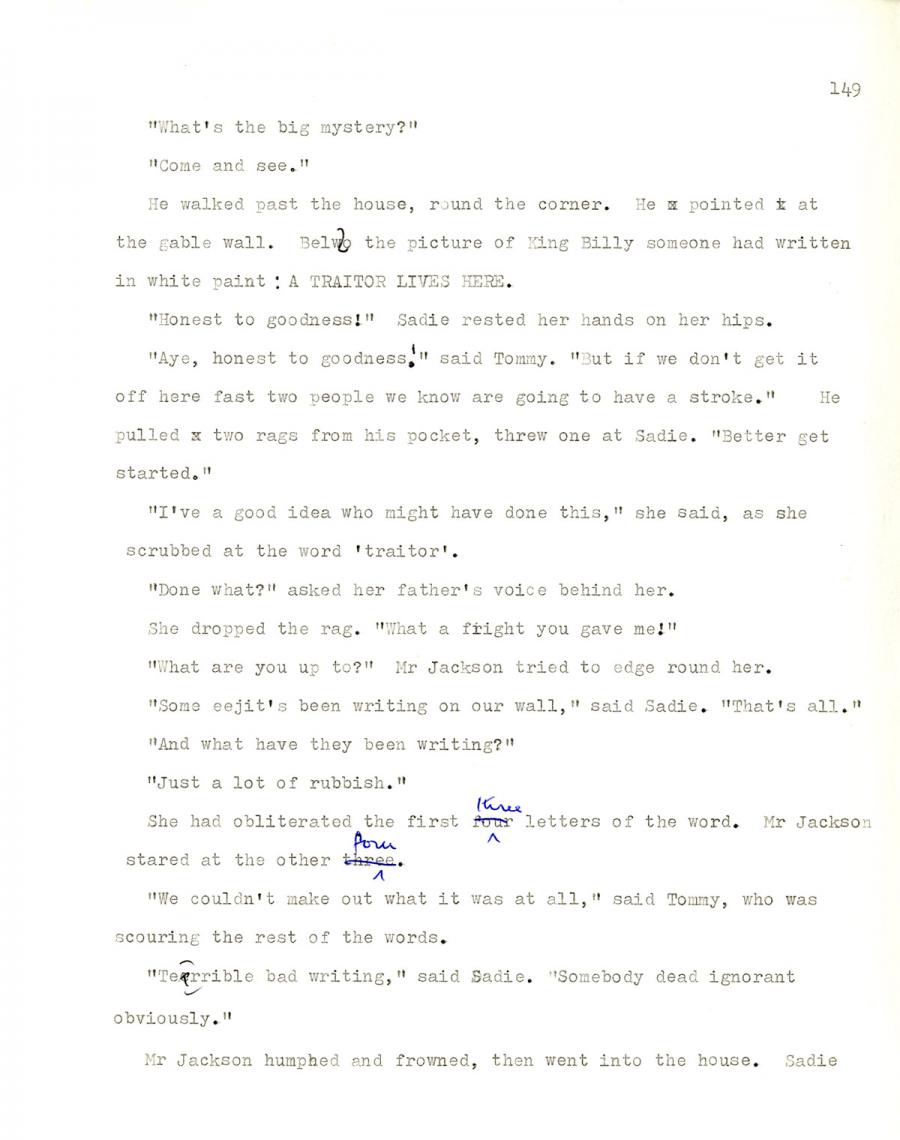 He walked past the house, round the corner. He s pointed t at
the gable wall. Belwo the picture of King Billy someone had written
in white paint: A TRAITOR LIVES HERE.

"Honest to goodness!" Sadie rested, her hands on her hips.

"Aye, honest to goodness!" said Tommy. "But if we don't get it
off here fast two people we know are going to have a stroke." He
pulled two rags from his pocket, threw one at Sadie. "Better get
started."

"I've a good idea who might have done this," she said, as she
scrubbed at the word 'traitor'.

"Done what?" asked her father's voice behind her.

She dropped the rag. "What a fright you gave me!"

"What are you up to?" Mr Jackson tried to edge round her.

"Some eejit's been writing on our wall," said Sadie. "That's all."

"And what have they been writing?"

"Just a lot of rubbish."

She had obliterated the first three letters of the word. Mr Jackson
stared at the other four.

"We couldn't make out what it was at all," said Tommy, who was
scouring the rest of the words.

Mr Jackson humphed and frowned, then went into the house. Sadie