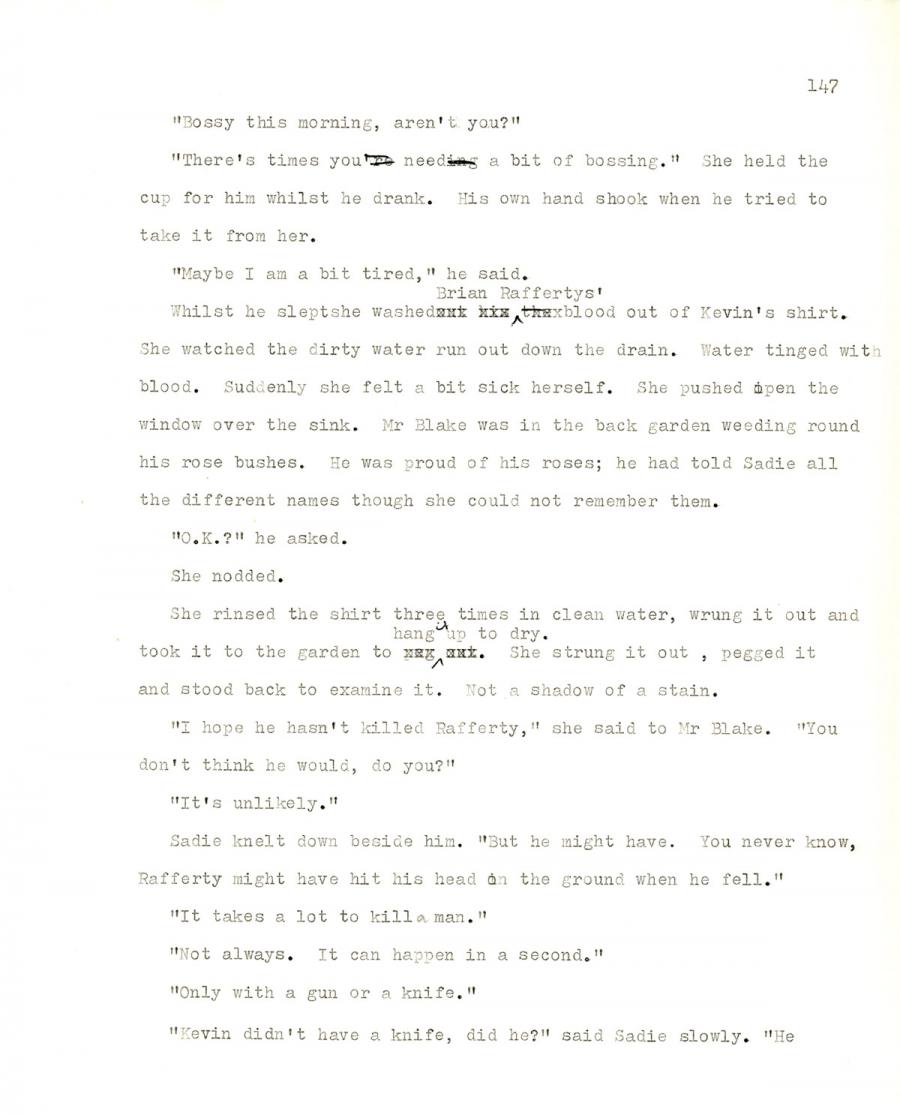 "Bossy this morning, aren't you?"

"There's times you need a bit of bossing." She held the
cup for him whilst he drank. His own hand shook when he tried to
take it from her.

Whilst he sleptshe washed Brian Raffertys' blood out of Kevin's shirt.
She watched the dirty water run out down the drain. Water tinged with
blood. Suddenly she felt a bit sick herself. She pushed open the
window over the sink. Mr Blake was in the back garden weeding round
his rose bushes. He was proud of his roses; he had told Sadie all
the different names though she could not remember them.

She rinsed the shirt three times in clean water, wrung it out and
took it to the garden to hang up to dry. She strung it out , pegged it
and stood back to examine it. Not a shadow of a stain.

"I hope he hasn't killed Rafferty," she said to Mr Blake. "You
don't think he would, do you?"

Sadie knelt down beside him. "But he might have. You never know,
Rafferty might have hit his head on the ground when he fell."

"Not always. It can happen in a second."

"Kevin didn't have a knife, did he?" said Sadie slowly. "He