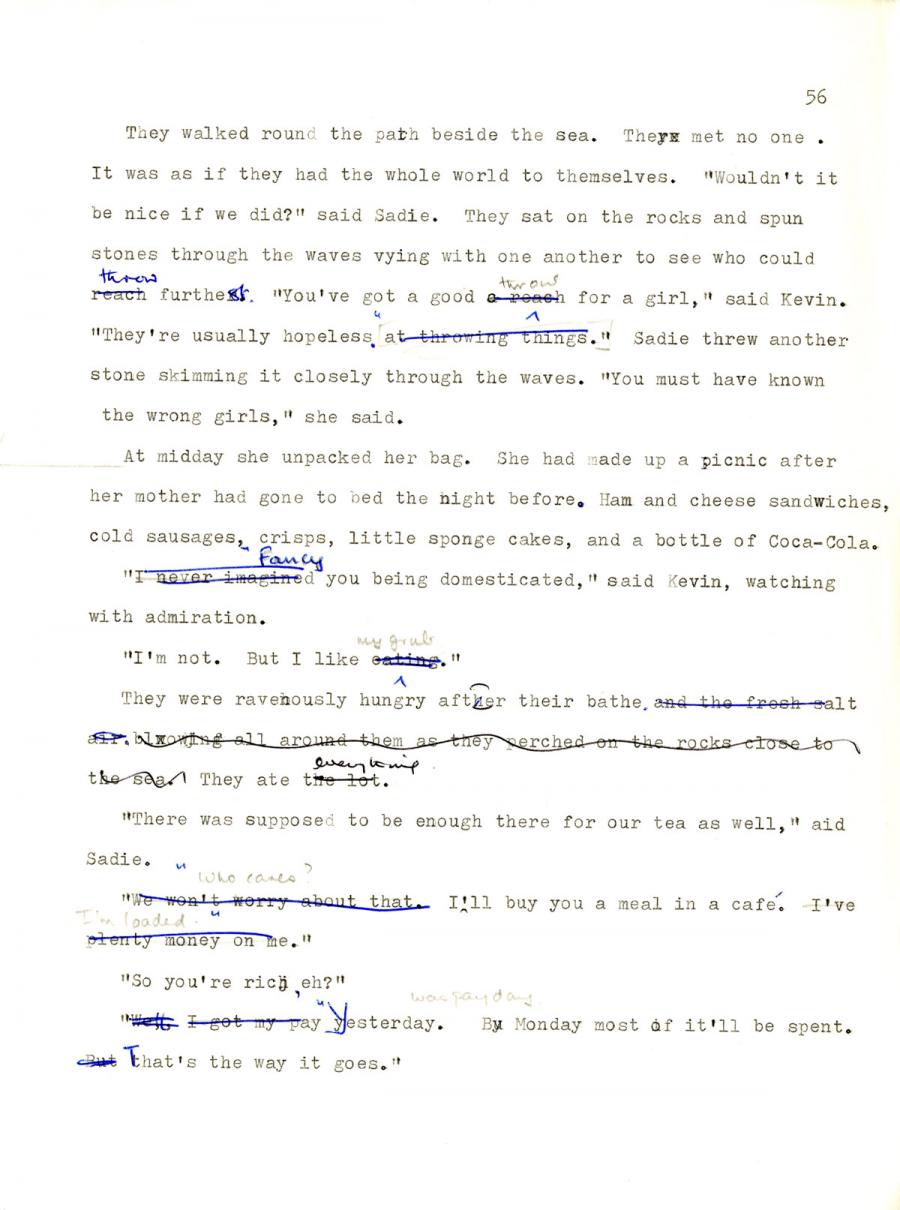 They walked round the path beside the sea. They met no one .
It was as if they had the whole world to themselves. "Wouldn’t it
be nice if we did?” said Sadie. They sat on the rocks and spun
stones through the waves vying with one another to see who could
throw furthst. "You’ve got a good throw for a girl,” said Kevin.
"They’re usually hopeless .” Sadie threw another
stone skimming it closely through the waves. "You must have known
the wrong girls,” she said.

At midday she unpacked her bag. She had made up a picnic after
her mother had gone to bed the night before. Ham and cheese sandwiches,
cold sausages, crisps, little sponge cakes, and a bottle of Coca-Cola.

"Fancy you being domesticated, ” said Kevin, watching with admiration.

They were ravenously hungry after their bathe. They ate everything.

"There was supposed to be enough there for our tea as well,” aid Sadie.

"Yesterday was payday. By Monday most of it’ll be spent. That’s the way it goes.”