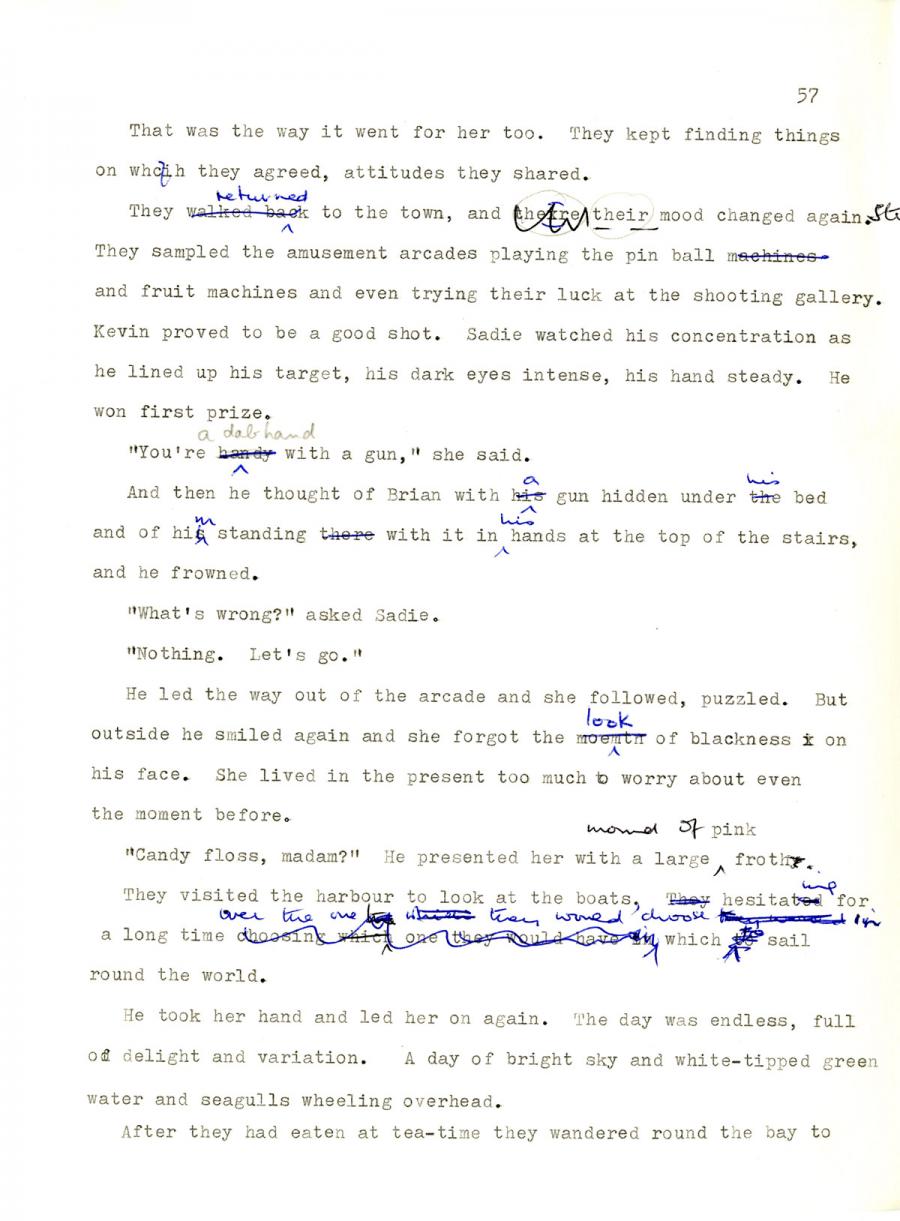 That was the way it went for her too. They kept finding things
on whcih they agreed, attitudes they shared.

They returned to the town, and their mood changed again
They sampled the amusement arcades playing the pin ball
and fruit machines and even trying their luck at the shooting gallery.
Kevin proved to be a good shot. Sadie watched his concentration as
he lined up his target, his dark eyes intense, his hand steady. He
won first prize.

And then he thought of Brian with a gun hidden under his bed
and of him standing with it in hands at the top of the stairs,
and he frowned.

He led the way out of the arcade and she followed, puzzled. But
outside he smiled again and she forgot the look of blackness on
his face. She lived in the present too much to worry about even
the moment before.

"Candy floss, madam?" He presented her with a large mound of pink froth.

They visited the harbour to look at the boats, hesitating for^
a long time over the one they would choose in which to sail round the world

He took her hand and led her on again. The day was endless, full
of delight and variation. A day of bright sky and white-tipped green
water and seagulls wheeling overhead.