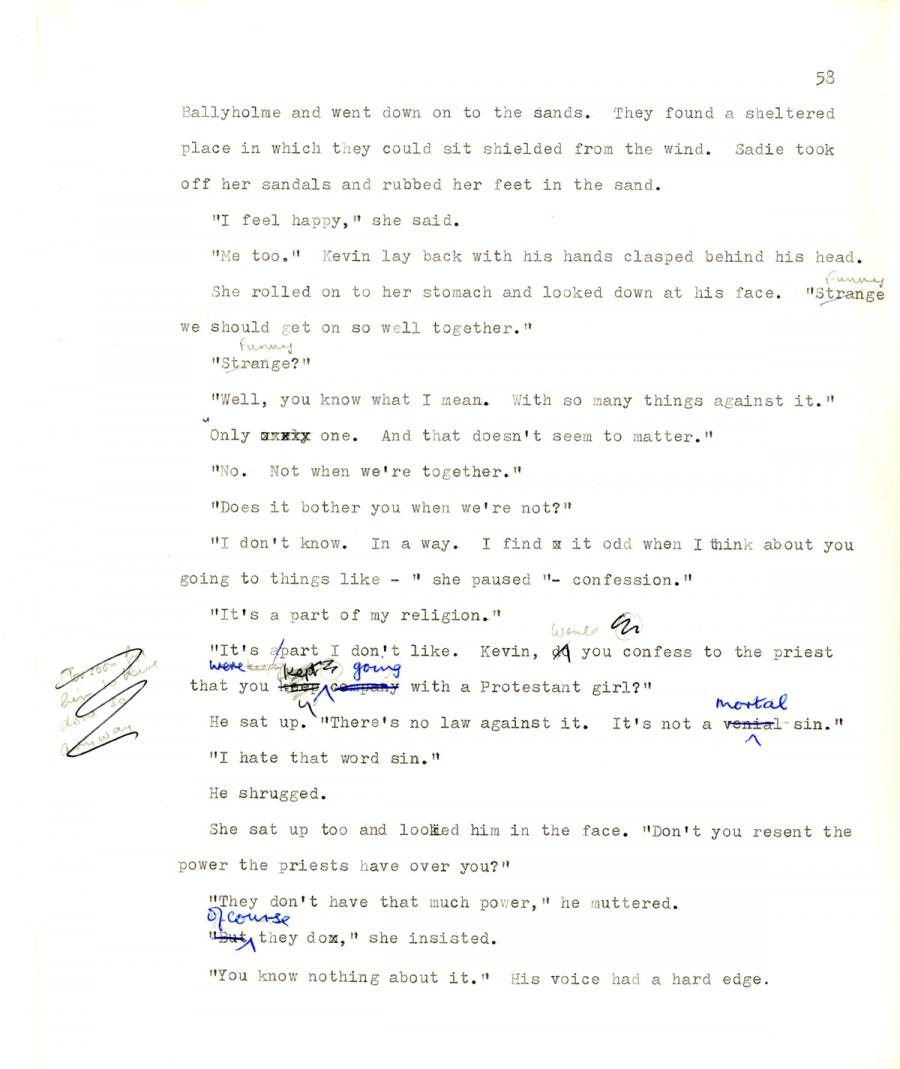 Ballyholme and went down on to the sands. They found a sheltered
place in which they could sit shielded from the wind. Sadie took
off her sandals and rubbed her feet in the sand.

"Me too." Kevin lay back with his hands clasped behind his head.

She rolled on to her stomach and looked down at his face. "Funny we should get on so well together."

"Well, you know what I mean. With so many things against it."

Only one. And that doesn't seem to matter."

"No. Not when we're together."

"Does it bother you when we're not?"

"It's apart I don.'t like. Kevin, would you confess to the priest that you were going with a Protestant girl?"

She sat up too and looked him in the face. "Don't you resent the
power the priests have over you?"

"They don't have that much power," he muttered.

"Of course they do," she insisted.

"You know nothing about it." His voice had a hard edge.