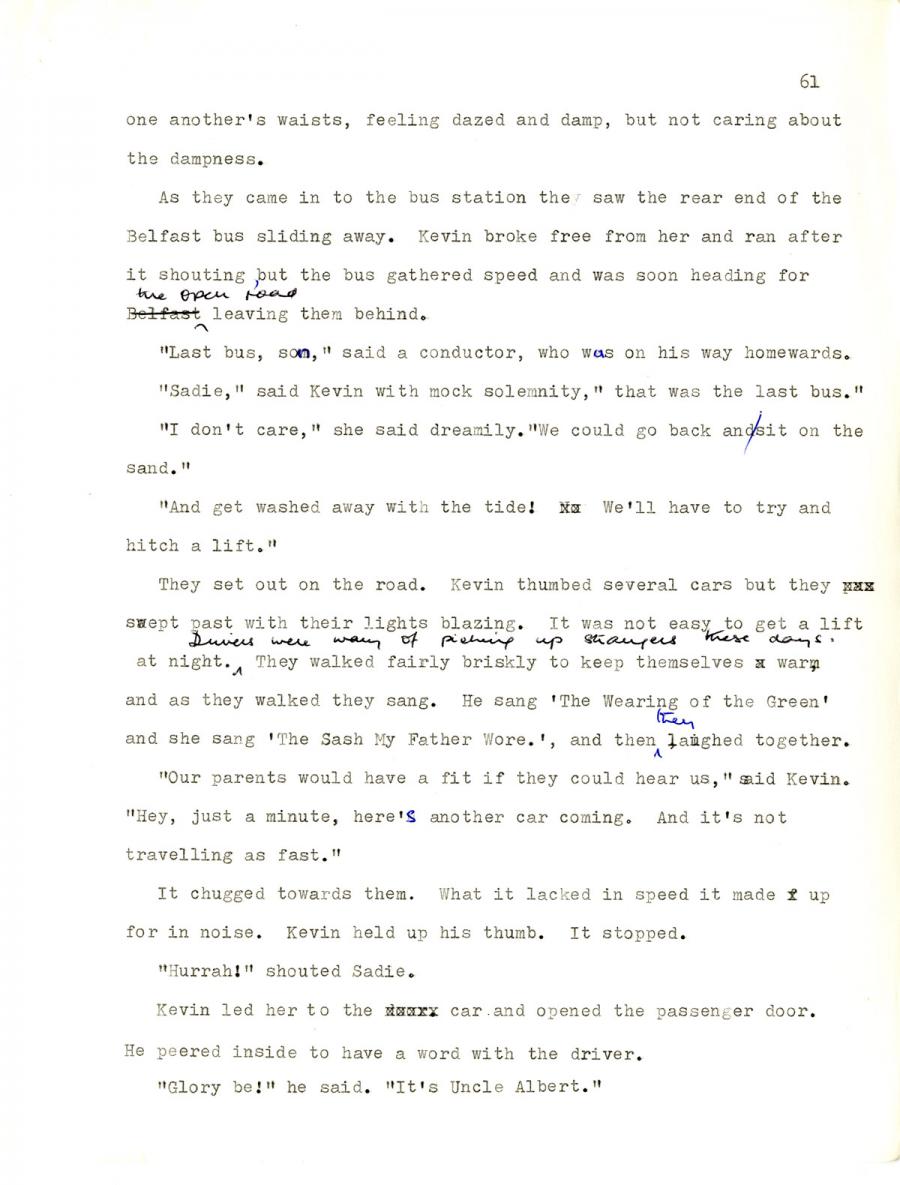 one another's waists, feeling dazed and damp, but not caring about
the dampness.

As they came in to the bus station the saw the rear end of the
Belfast bus sliding away. Kevin broke free from her and ran after
it shouting, but the bus gathered speed and was soon heading for
the open road leaving them behind.

"Last bus, son," said a conductor, who was on his way homewards.

"Sadie," said Kevin with mock solemnity," that was the last bus."

"I don't care," she said dreamily. "We could go back andsit on the
sand."

"And get washed away with the tide! We'll have to try and
hitch a lift."

They set out on the road. Kevin thumbed several cars but they
swept past with their lights blazing. It was not easy to get a lift
at night. Drivers were wary of picking up strangers these days. They walked fairly briskly to keep themselves warm
and as they walked they sang. He sang 'The Wearing of the Green'
and she sang 'The Sash My Father Wore.', and then they laughed together.

"Our parents would have a fit if they could hear us, " said Kevin.
"Hey, just a minute, here's another car coming. And it's not
travelling as fast."

It chugged towards them. What it lacked in speed it made up
for in noise. Kevin held up his thumb. It stopped.

Kevin led her to the car and opened the passenger door.
He peered inside to have a word with the driver.