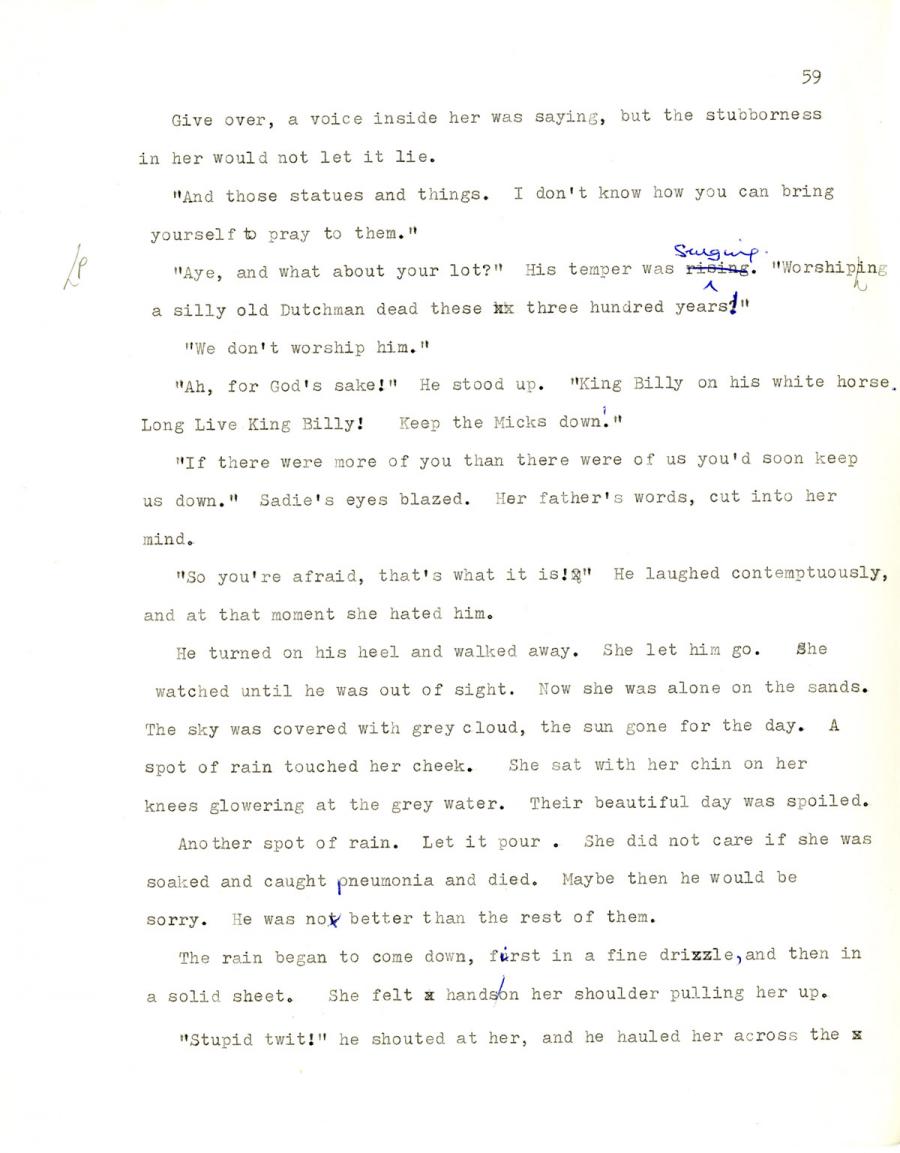 Give over, a voice inside her was saying, but the stubborness
in her would not let it lie.

"And those statues and things. I don't know how you can bring
yourself to pray to them."

"Aye, and what about your lot?" His temper was surging. "Worshipping a silly old Dutchman dead these three hundred years!""

"Ah, for God's sake!" He stood up. "King Billy on his white horse.
Long Live King Billy! Keep the Micks down."

"If there were more of you than there were of us you'd soon keep
us down." Sadie's eyes blazed. Her father's words, cut into her
mind.

"So you're afraid, that's what it is!" He laughed contemptuously,
and at that moment she hated him.

He turned on his heel and walked away. She let him go. She
watched until he was out of sight. Now she was alone on the sands.
The sky was covered with grey cloud, the sun gone for the day. A
spot of rain touched her cheek. She sat with her chin on her
knees glowering at the grey water. Their beautiful day was spoiled.

Another spot of rain. Let it pour. She did not care if she was
soaked and caught pneumonia and died. Maybe then he would be
sorry. He was no better than the rest of them.

The rain began to come down, first in a fine drizzle,and then in a solid sheet. She felt handson her shoulder pulling her up.

"Stupid twit!" he shouted at her, and he hauled her across the