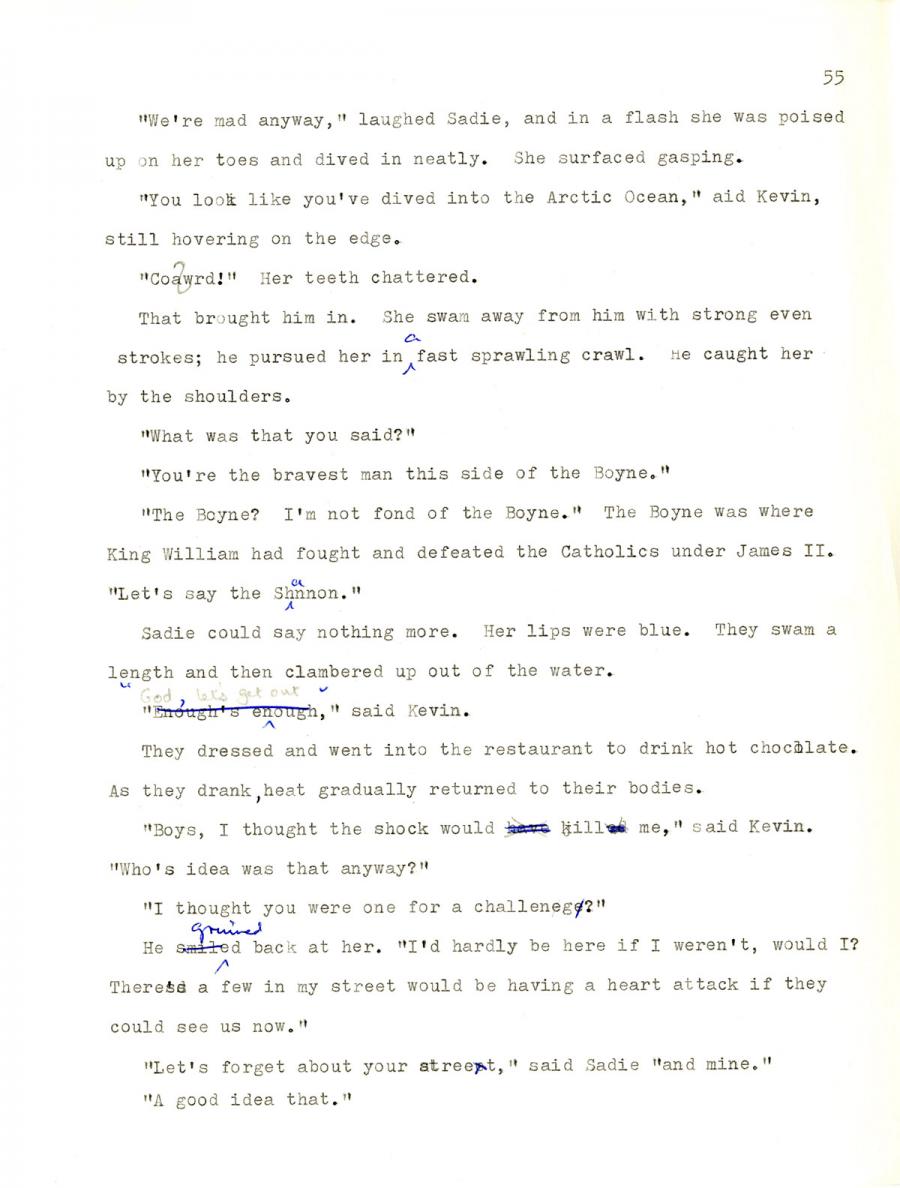 "We’re mad anyway," laughed Sadie, and in a flash she was poised
up on her toes and dived in neatly. She surfaced gasping.

"You look like you've dived into the Arctic Ocean," aid Kevin,
still hovering on the edge.

That brought him in. She swam away from him with strong even
strokes; he pursued her in a fast sprawling crawl. He caught her
by the shoulders.

"What was that you said?"

"You're the bravest man this side of the Boyne."

"The Boyne? I'm not fond of the Boyne." The Boyne was where
King William had fought and defeated the Catholics under James II.
"Let's say the Shannon."

Sadie could say nothing more. Her lips were blue. They swam a
length and then clambered up out of the water.

They dressed and went into the restaurant to drink hot chocolate.
As they drank, heat gradually returned to their bodies.

"Boys, I thought the shock would kill me," said Kevin.
"Who's idea was that anyway?"

"I thought you were one for a challeneg?"

He grinned back at her. "I'd hardly be here if I weren't, would I?

"Let's forget about your street, " said Sadie "and mine."