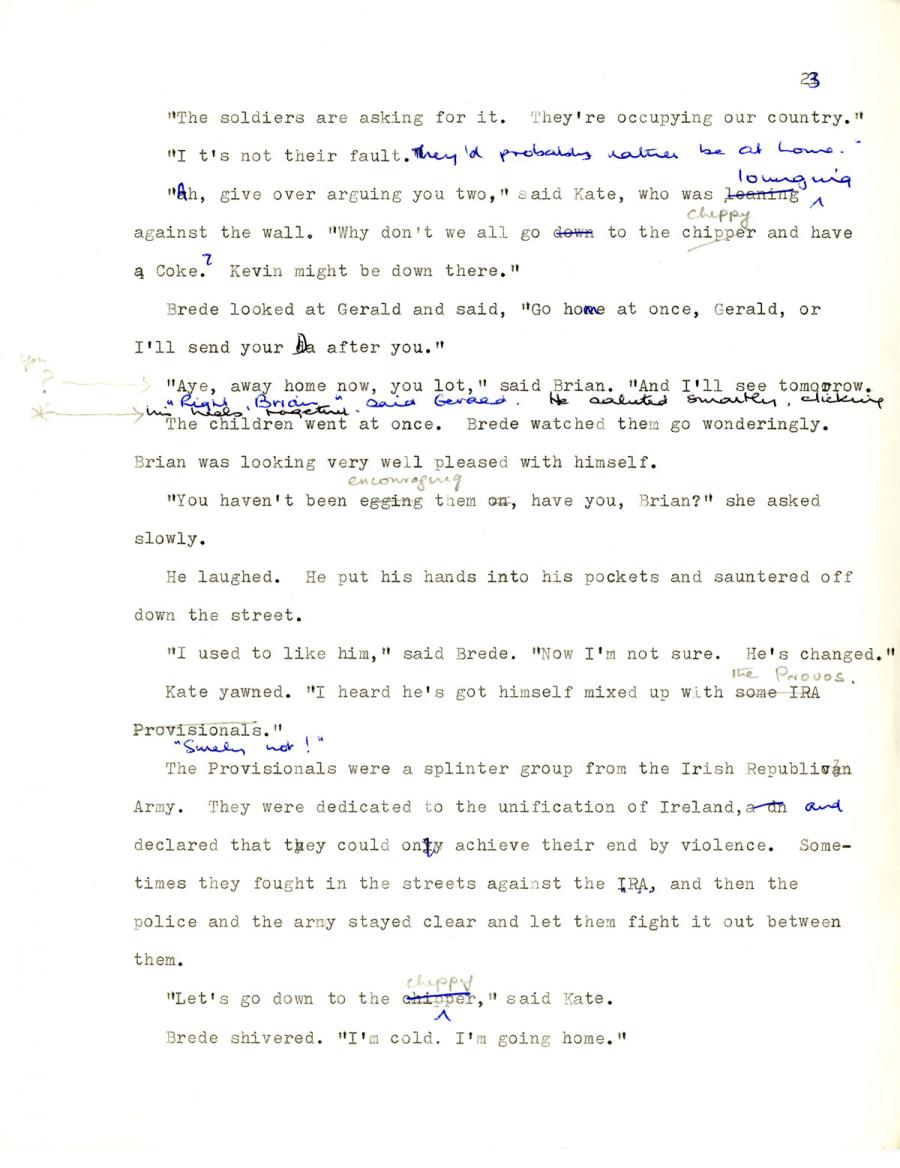 "The soldiers are asking for it. They're occupying our country."
"I t's not their fault. They'd probably rather be at home."

"Ah, give over arguing you two," said Kate, who was lounging
against the wall. "Why don’t we all go to the chippy and have
a Coke? Kevin might be down there."

Brede looked at Gerald and said, "Go home at once, Gerald, or
I'll send your Da after you."

The children went at once. Brede watched them go wonderingly.
Brian was looking very well pleased with himself.

"You haven't been encouraging them , have you, Brian?" she asked
slowly.

He laughed. He put his hands into his pockets and sauntered off
down the street.

Kate yawned. "I heard he's got himself mixed up with the Provos."

The Provisionals were a splinter group from the Irish Republican
Army. They were dedicated to the unification of Ireland, and
declared that they could only achieve their end by violence. Some-
times they fought in the streets against the IRA and then the
police and the army stayed clear and let them fight it out between
them.

"Let's go down to the chippy" said Kate.