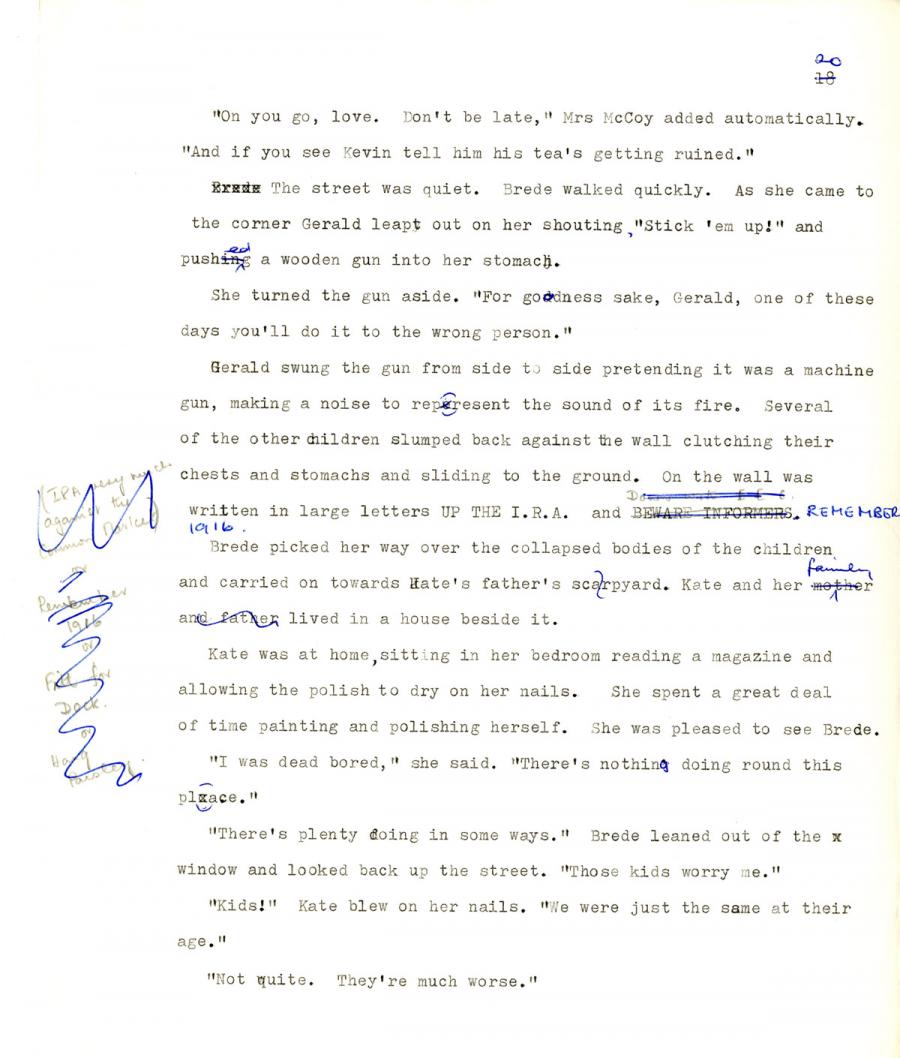 "On you go, love. Don't be late," Mrs McCoy added automatically.
"And if you see Kevin tell him his tea's getting ruined."

The street was quiet. Brede walked quickly. As she came to
the corner Gerald leapt out on her shouting,"Stick 'em up!" and
pushed a wooden gun into her stomach.

She turned the gun aside. "For goddness sake, Gerald, one of these
days you'll do it to the wrong person."

Gerald swung the gun from side to side pretending it was a machine
gun, making a noise to represent the sound of its fire. Several
of the other children slumped back against tie wall clutching their
chests and stomachs and sliding to the ground. On the wall was
written in large letters UP THE I.R.A. and REMEMBER 1916

Brede picked her way over the collapsed bodies of the children
and carried on towards Kate's father's scarpyard. Kate and her family
lived in a house beside it.

Kate was at home,sitting in her bedroom reading a magazine and
allowing the polish to dry on her nails. She spent a great deal
of time painting and polishing herself. She was pleased to see Brede.

"I was dead bored," she said. "There's nothing doing round this
place."

"There's plenty doing in some ways." Brede leaned out of the
window and looked back up the street. "Those kids worry me."

"Kids!" Kate blew on her nails. "We were just the same at their
age."

"Not quite. They're much worse."