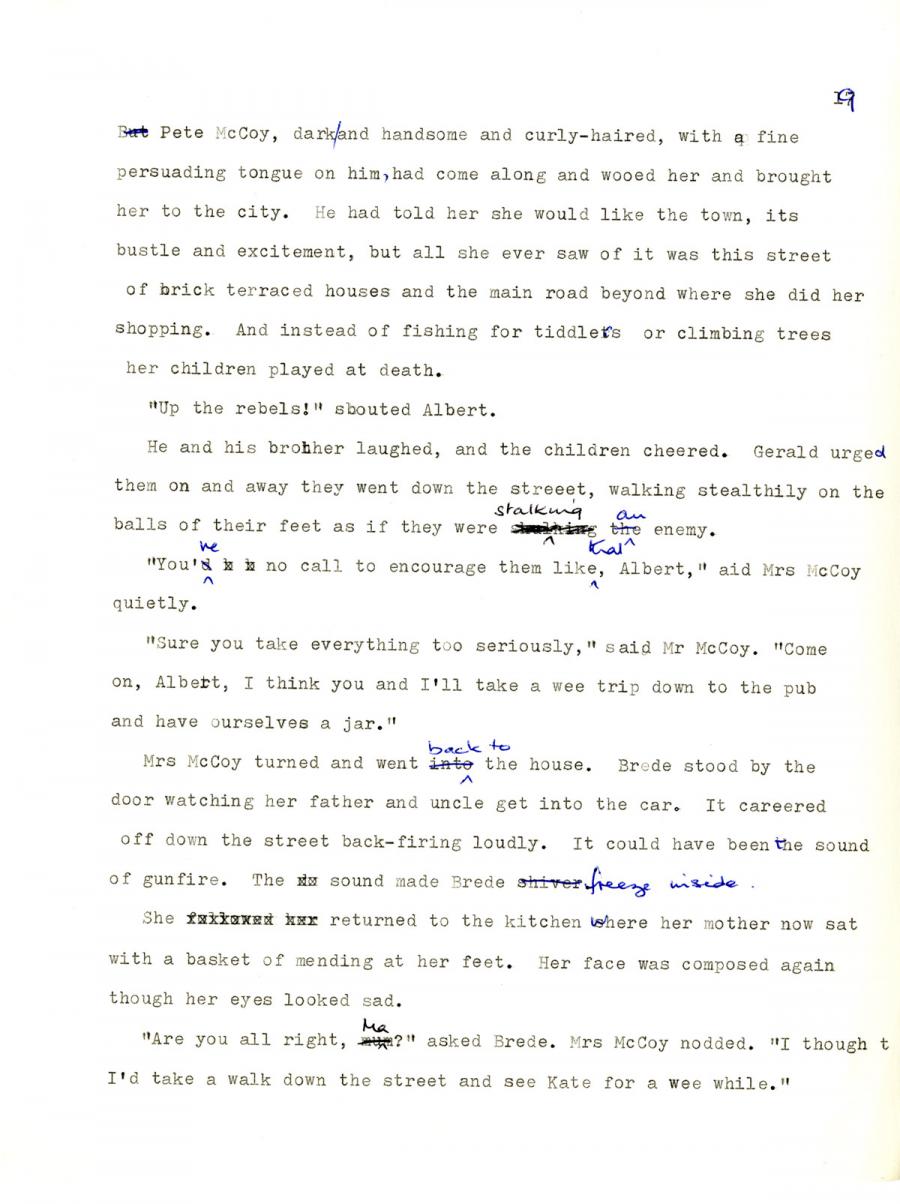 Pete McCoy, dark/and handsome and curly-haired, with a fine
persuading tongue on him,had come along and wooed her and brought
her to the city. He had told her she would like the town, its
bustle and excitement, but all she ever saw of it was this street
of brick terraced houses and the main road beyond where she did her
shopping. And instead of fishing for tiddlers or climbing trees
her children played at death.

"Up the rebels!" shouted Albert.

He and his brother laughed, and the children cheered. Gerald urged
them on and away they went down the streeet, walking stealthily on the
balls of their feet as if they were stalking an enemy.

"You've h k no call to encourage them like that, Albert," aid Mrs McCoy
quietly.

"Sure you take everything too seriously," said Mr McCoy. "Come
on, Albett, I think you and I'll take a wee trip down to the pub
and have ourselves a jar."

Mrs McCoy turned and went back to the house. Brede stood by the
door watching her father and uncle get into the car. It careered
off down the street back-firing loudly. It could have been the sound
of gunfire. The sound made Brede freeze inside.

She returned to the kitchen where her mother now sat
with a basket of mending at her feet. Her face was composed again
though her eyes looked sad.

"Are you all right, Ma?asked Brede. Mrs McCoy nodded. "I though t
I'd take a walk down the street and see Kate for a wee while."