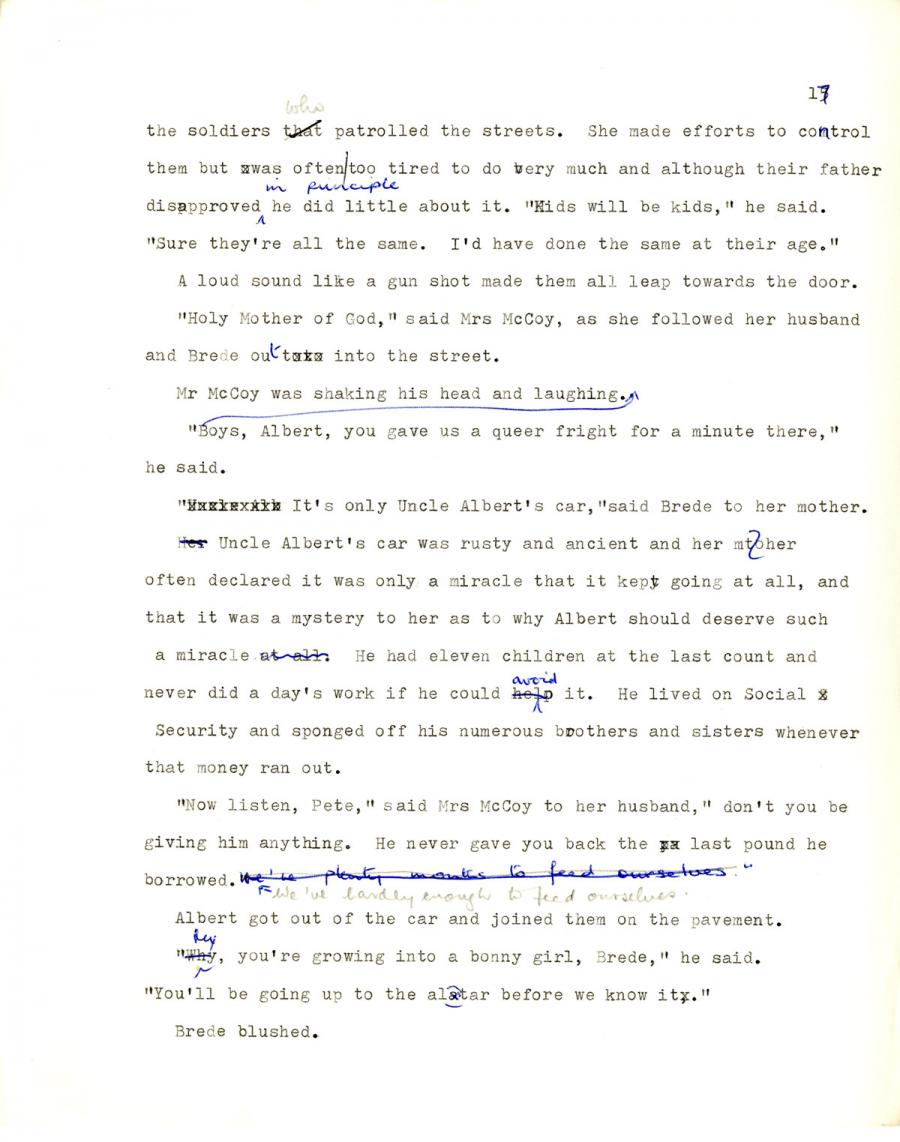 the soldiers who patrolled the streets. She made efforts to control
them but was often too tired to do very much and although their father
disapproved in principle he did little about it. "Kids will be kids," he said.
"Sure they're all the same. I'd have done the same at their age."

A loud sound like a gun shot made them all leap towards the door.
"Holy Mother of God," said Mrs McCoy, as she followed her husband
and Brede out into the street.

Mr McCoy was shaking his head and laughing.^

"Boys,Albert, you gave us a queer fright for a minute there,"
he said.

" It's only Uncle Albert's car,"said Brede to her mother.

Uncle Albert's car was rusty and ancient and her mtoher
often declared it was only a miracle that it kept going at all, and
that it was a mystery to her as to why Albert should deserve such
a miracle . He had eleven children at the last count and
never did a day's work if he could avoid it. He lived on Social
Security and sponged off his numerous brothers and sisters whenever
that money ran out.

"Now listen, Pete," said Mrs McCoy to her husband," don't you be
giving him anything. He never gave you back the last pound he
borrowed. We've hardly enough to feed ourselves.

Albert got out of the car and joined them on the pavement.

"My, you're growing into a bonny girl, Brede," he said.
"You'll be going up to the altar before we know it."