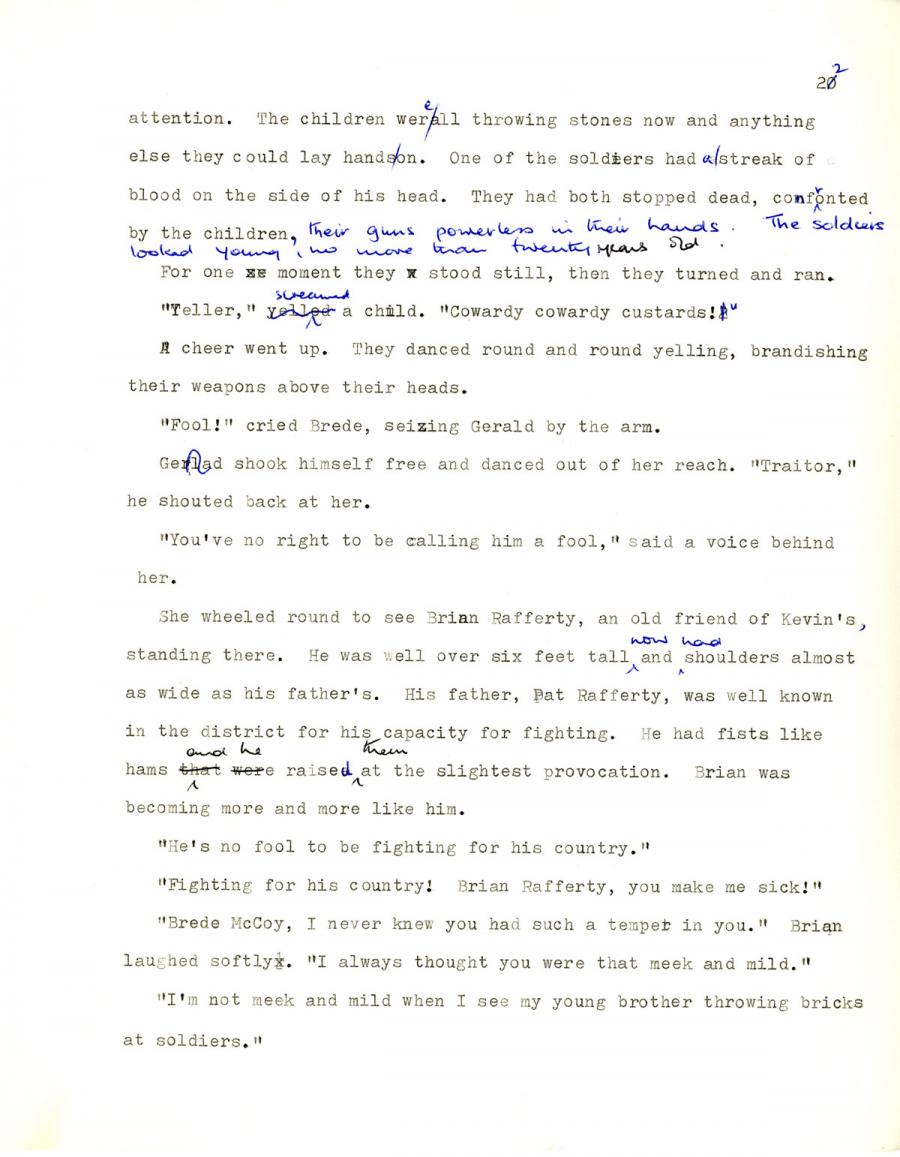 attention. The children were all throwing stones now and anything
else they could lay handson. One of the soldiers had astreak of
blood on the side of his head. They had both stopped dead, confronted
by the children, their guns powerless in their hands. The soldiers
looked young, no more than twenty years old.

For one moment they stood still, then they turned and ran.

A cheer went up. They danced round and round yelling, brandishing
their weapons above their heads.

Gerlad shook himself free and danced out of her reach. "Traitor,"
he shouted back at her.

"You've no right to be calling him a fool," said a voice behind
her.

She wheeled round to see Brian Rafferty, an old friend of Kevin's,
standing there. He was well over six feet tall now and had shoulders almost
as wide as his father's. His father, Pat Rafferty, was well known
in the district for his capacity for fighting. He had fists like
hams and he raised them at the slightest provocation. Brian was
becoming more and more like him.

"He's no fool to be fighting for his country."

"Fighting for his country! Brian Rafferty, you make me sick!"
"Brede McCoy, I never knew you had such a temper in you." Brian
laughed softly. "I always thought you were that meek and mild."

"I'm not meek and mild when I see my young brother throwing bricks
at soldiers."