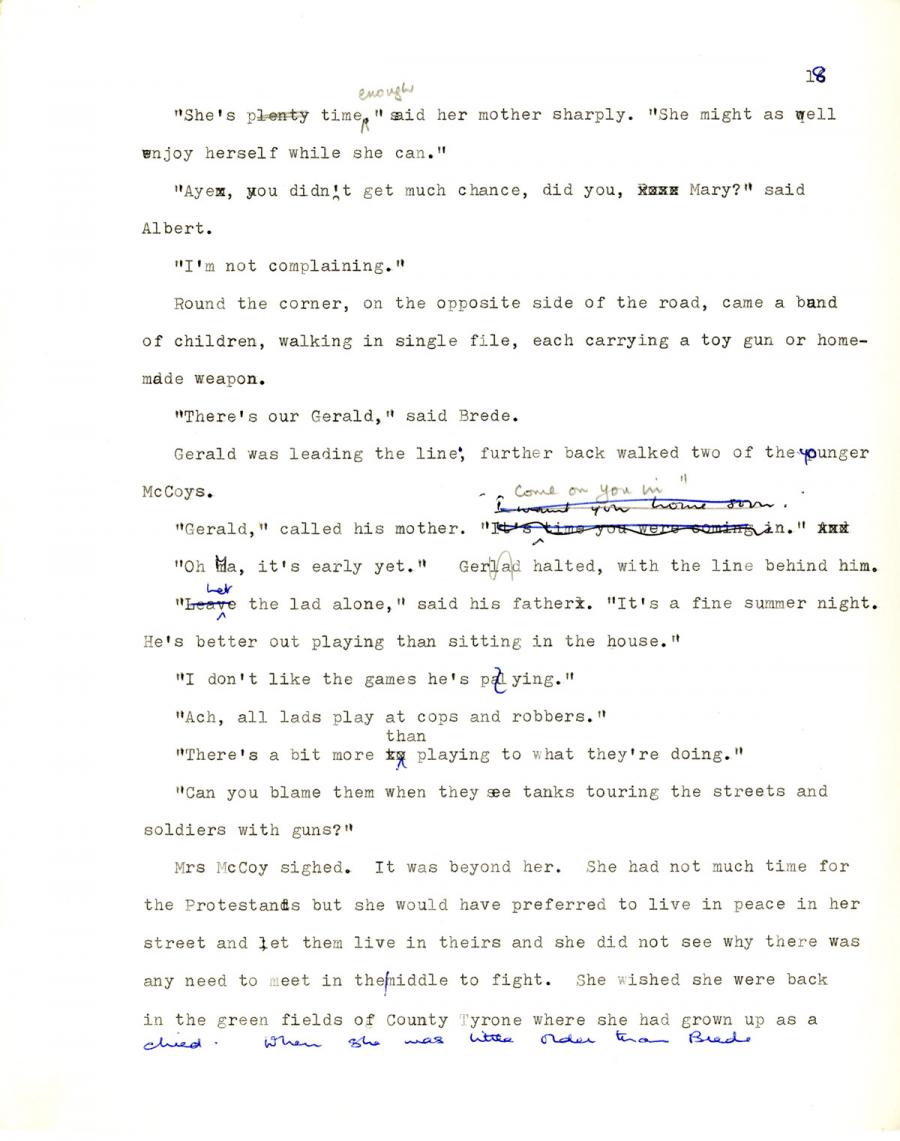 "She's time enough" said her mother sharply. "She might as well
enjoy herself herself while she can."

"Aye, you didn't get much chance, did you, Mary?" said
Albert.

Round the corner, on the opposite side of the road, came a band
of children, walking in single file, each carrying a toy gun or home-
made weapon.

Gerald was leading the line; further back walked two of the younger
McCoys

"Gerald," called his mother. "Come on you in"

"Oh Ma, it's early yet." Gerlad halted, with the line behind him

"Let the lad alone," said his father. "It's a fine summer night
He's better out playing than sitting in the house."

"Ach, all lads play at cops and robbers."

"There's a bit more than playing to what they're doing."

"Can you blame them when they see tanks touring the streets and
soldiers with guns?"

Mrs McCoy sighed. It was beyond her. She had not much time for
the Protestands but she would have preferred to live in peace in her
street and et them live in theirs and she did not see why there was
any need to meet in themiddle to fight. She wished she were back
in the green fields of County Tyrone where she had grown up as a
child. When she was little older than Brede